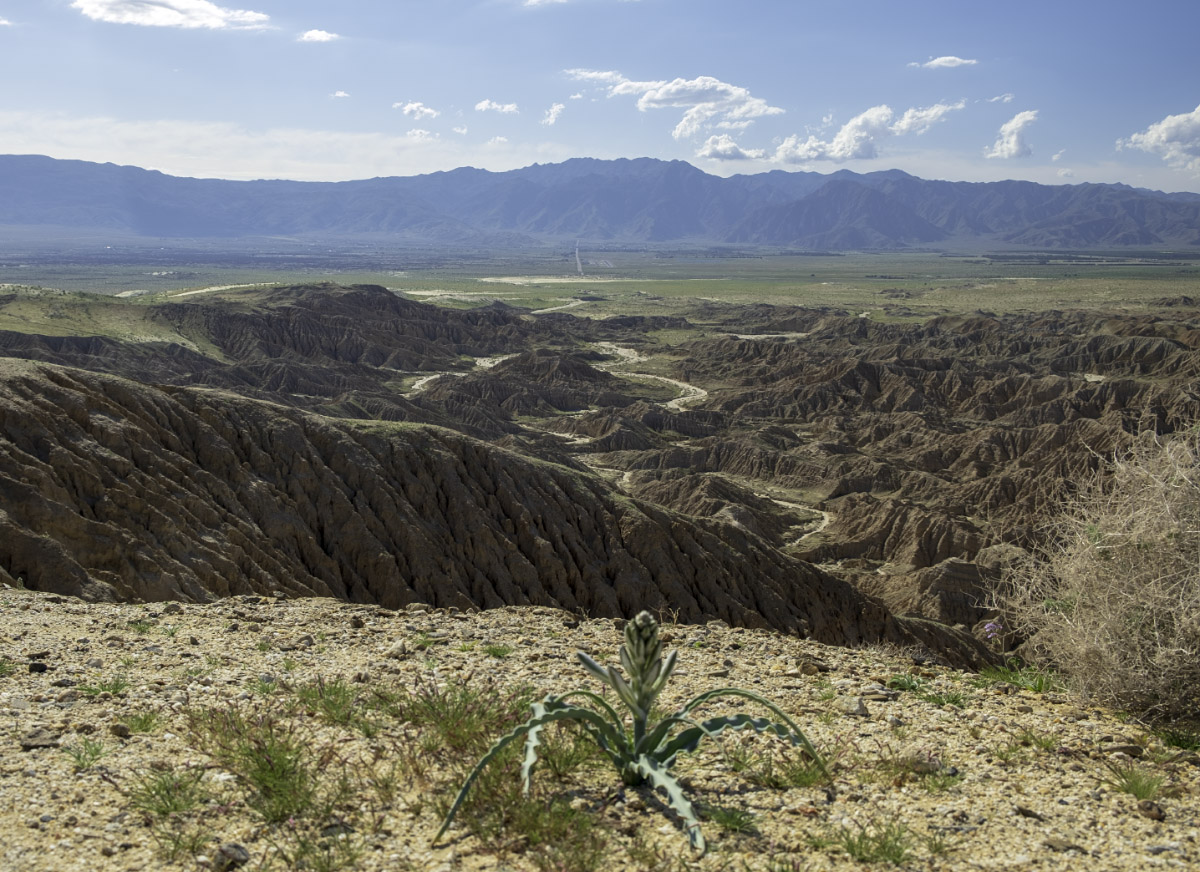 I’ll sometimes hear or read comments like, “he’s an enlightened master”, or there is a story around some sage’s enlightenment, or a teacher or life coach states they become enlightened at some age, or there is an obvious assumption among student hanging around a teacher that they are enlightened. Or, more importantly someone is gunning for, seeking, wanting to become (admittedly or not), enlightened. But what is the assumption operating here?

Clearly, one of the assumptions among many is that persons or bodies become enlightened. This is also what is operating when people work towards that goal of becoming enlightened.

For the word “enlightenment” you can use “realization”, “liberation”, “freedom”, “Self Realization”, “awakening”, or “non-casual happiness”, absolute peace” … take your pick.

So let’s lay it out clearly:

Two: One does not become enlightened; or “No one becomes enlightened”. It’s not a process through time, or in the future.

Three: (this is an opinion) Enlightenment never should have been invented. It’s a carrot that leads seekers in circles.

(I prefer “Mind-body” to the word “bodymind” which is commonly used, since the phrase bodymind seems or tend to imply that a body owns or issues forth a mind, when in fact it’s the other way around, or really, they arise all at once: body/mind/world[spacetime]: the bmw. But I’ll use the phrase common in nondual and Advaitin circles, for now).

As near as I can say, what actually “happens”, or appears to happen (nothing is actually happening, ever, anywhere) is that a seeming mind-body becomes a clearer channel for Mind (Universal Intelligence, Consciousness, What Is…). Why wouldn’t love, peace, truth come through, or appear to, if that’s what we are and there’s a clear open space where what is shows up? What’s more incredible is how it must take infinite freedom to be able to there to be seeming that that is not the case! This experience is seemingly impossible, and in fact in all probablity is not happening at all. A strange world…

Regarding statement One: that persons or bodies become enlightened:

You are starting from the wrong premise, looking through the wrong end of the telescope. You’re assuming consciousness appears in bodies, and that that consciousness goes through some transformation. But what if the case in fact is that bodies are appearing in Consciousness?

If bodies appear in Consciousness, then what you call a body is an appearance, is not a solid thing. It’s more like an image on a screen (to use a much-used but useful metaphor). So right now, Consciousness is experiencing reading an article, perceiving apparent letters on a screen or piece of appear, and sounds in the mind triggered by the words, thoughts and images in the imagination that supposedly mean something. The screen and the hands holding it are appearing somewhere. If you have an image of where it’s appearing – in a brain or a theatre of awareness in the brain (but who is watching that theatre – another lille theatre-observer?), or else you come down on the side it’s some cosmic cloud of Universal Consciousness, then that too is an image! But what’s behind all images? What is the last in the line, the ultimate perceiver? Can you go back that far? At that “point” there is just raw perceiving, with no idea where or how it is happening. It just is. The rest are your assumptions, images, ideas…

The best thing to do is to get as quiet as possible and look at this, treating it gently and curiously (meditate on it). Only thinking about it will just take the mind in around in searching circles: it’s not something to figure out.

The point is, “you”, when you really look at it, are Unknown. But this is not a problem. In fact it’s the gateway to freedom.

Do you actually know which is the case: you are a body with some consciousness emerging, or a Consciousness with bodies (and a world) appearing in it? How could you know? The mere fact that this is not a given, as the culture and your upbringing imply, is something to wonder at.

We are in a curious situation with regards to wanting to ascribe consciousness to a thing, and then become some thing (either a better consciousness, a higher one, or fix its apparent thought-up problems). Think of it this way: If the shows that came up on Netflix were not to your liking, would you call in a technician to have them clean up the hard drive, change out some circuit boards and memory chips on your computer? No, you’d find a different show, or a new channel. You might switch to a different infotainment service provider altogether (see Progressive vs. Direct Paths as relevant).

So that’s a metaphor we can try out: rather than think of enlightenment, think of a leaning towards, and (hopefully) a total switching to, a service that’s sending you programs synced with Reality – direct downloads as it were – rather than the Fiction & Fantasy Channel (which has old stuff from the past, and stupid Futurama reruns). Meantime, you can enjoy heavy crime dramas, dark thrillers, or light comedies.

However, if you have no idea what’s going on when you get a huge download of Truth, let’s say because you took a psychedelic drug (or “entheogenic agent” as they are now called), it may seem perfectly clear while seeing the program (that you and God are one for example), but afterwards, when the experience fades, you may be left feeling that ticket took you on a great ride but without a return ticket except on the same mystery bus. So you may take the bus again, and it leaves you stranded on some rocky island, not feeling the Great Oneness and ecstasy anymore. Poo. What now? Buy another ticket, get physically and mentally exhausted again? Or find a way there on your own, by working out the route (destination) and the road there?

What about a “spontaneous awakening” (Eckhart Tolle, Sydney Banks, Andrew Hewson, Norio Kushi etc.). Well, everything is spontaneous, and nothing random, so leave that term off. Somehow, a ripeness to let go of all the garbage of the past, the memory of what one’s self was, develops, and a profound surrendering the ego (apparent sense of separate self) happens. In these cases too (I know some of them personally), there can be a periods of searching for a way to express it, and of integration and understanding. But are these cases and example of any use to you, or does it merely hold out another carrot to yearn for? What’s instructive is that these folks did not do any mediation or have much of an interest in spiritual matters. That tends to suggest that while preparation by doing spiritual practices and study may not harm you (and may help your general health and happiness of the bodymind) they are not sufficient. It’s “grace” you say … is that actually helpful? To me it’s just a concept applied after a fact, one that helps leave you off the hook and not feeling responsible and points to the fact hat these “downloads of truth love and beauty are not via the personal will. It’s not a bd start but, the little self, goes, OK but how do I …

A sage or teacher or book comes along and says there’s nowhere to go, nothing to do. You are already Universal Consciousness, Infinite Intelligence, Peace, Happiness, etc. … you just don’t know it, realize it. But, you say, this is just an item of intellectual knowledge (as good news as it is) or just an occasional experience. Well that may be so. But it doesn’t change the fact. Facts are not changed by what’s in the way, or seemingly in the way of seeing them, living them.

So an understanding can help clear the way. You can stop expecting that bus that never arrives: the one that says Your Enlightenment as the Person, as a body (with a name), as your knowledge, as your self, your mind will come.

What can you expect? Nothing. No thing, no experience, and no thing happening in time. Or maybe something will happen that your mind doesn’t even notice at first – a shift. Then the Clear Channel becomes more prominent. There’s no telling, no predicting. No, well, path.

There’s no path to what you are, because you are it. “What you are looking for is what’s looking” (St. Francis of Assisi). A paradox to the mind.

Oh paradox of paradoxes! What will happen to “me”? And what’s the point if “I” am not there to enjoy it? It’s like a crime boss who is under nearly constant threat form rival gangs and the police, and he wants to make sure he is able to live long enough and have enough relative safety to enjoy his ill-gotten gains.

No thing happened to “me”, so I’m just telling you what I see as the situation. I’m just a reporter. Tiptoeing around the front lines. I’m just a lens. Light comes through it, casts a certain pattern.