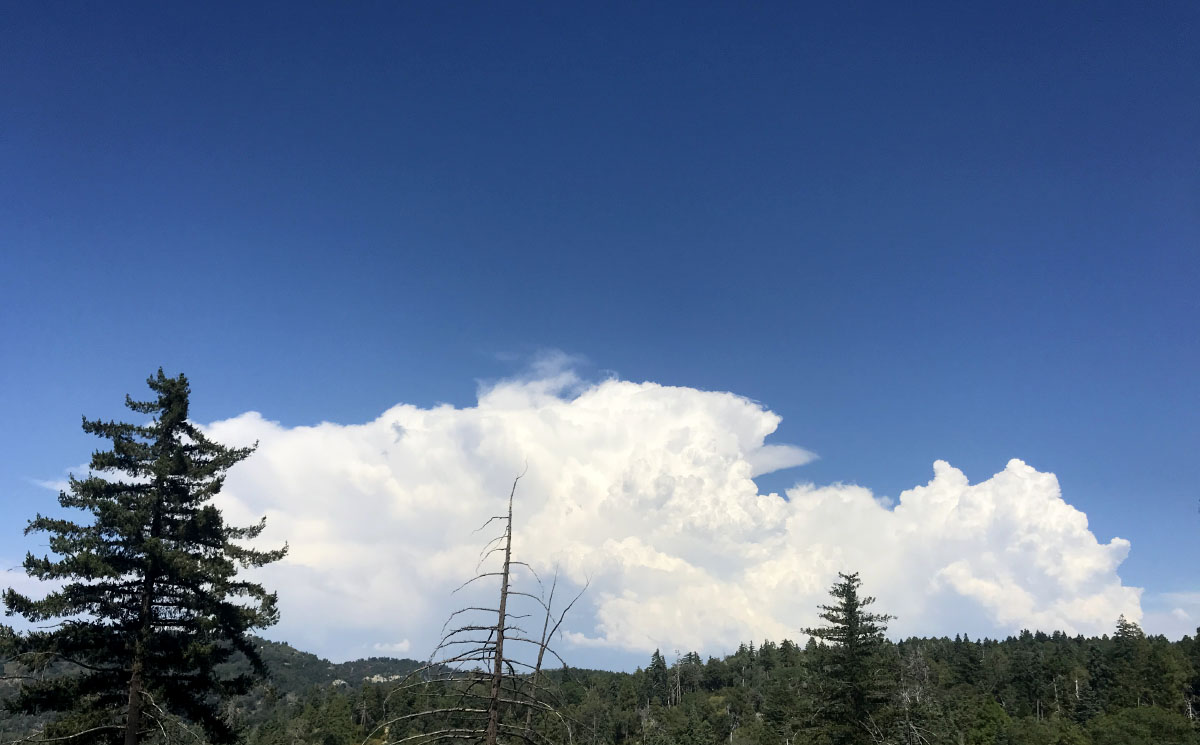 Who Awakens? Further Notes on Liberation

Who becomes liberated, if there is no personal self, no separate entities anywhere in existence? This is greatly puzzling.

I wrote previously about Enlightenment,  (and here) observing that there was no such thing per se.

Regardless of what was said before (I haven’t reviewed the article for a while) the simple fact is, people do not become enlightened. There is no enlightenment for a persona (a person that also does not really exist as a separate entity).

The word “liberation” is better than “enlightenment” because it better suggests the not-holding, the freeing of what one is from what one is not (illusion, not-Self). Every word and concept is limited, but we do our best with the crude tools we have, to carve some furniture to sit on for a bit.

So who, or what becomes liberated? Since there is no person there, no separate entity that is liberated, this seems a bit puzzling. Consciousness, or Universal Intelligence, or God, or whatever name you want to use for Reality, the Totality, does not need liberation. And yet that is all there Is in reality. So what gets liberated from what?

We are confusing the tool, the useful means — language, practices, teachers, the mind — with the destination, pure presence, Awareness. Mindlessness. Purity of Isness, Now. Or simply, truth.

A thorn get used to remove a thorn from the leg, then both thorns get discarded.

You climb up a ladder to get to a roof, kick the ladder out, look back and don’t see any ladder.

You climb up a mountain and get to the top, take a nap, wake up, and the hike up to the top seems like a dream. Did it really happen?
More importantly: does it matter?

If you are really, truly happy in the moment, all Love of Life, are you going to start thinking real hard about why? If a beautiful butterfly lands on your hand, what would be the point of grabbing it and crushing the life out of it?

You could say nothing becomes liberated because you already are (as direct path teachers are always reminding us), but again it sounds like you are talking about a person who already is. And that can’t be what is meant.

So we can see that this question “Who becomes liberated” is coming from “ignorance”, from unawareness, from the mind, or maya. If there was no ignorance here, I’d have no such questions, and there would be no paradoxes.

The question is in the same ballpark you could say as the “why did I lose it?” question, so often heard from students, when we have a wonderful glimpse of our nature as unlimited Consciousness or Awareness, then go back to the seeming separateness and misery (fear and desire arising as part and parcel of being a separate feeling-thinking unit). The question already assumes in it’s asking that there is a person that lost something, so is coming from unawareness. So it can be useful to ask oneself, where is this question coming from? What’s really at the root of these feelings and thinking that swim around together in a murky pool?

The question is very similar to “Why is there ignorance?” In other words, why is there unawareness, or the sense of separation, the illusion of being a human being? Why is there suffering?

Why why why… students are always asking “why” questions. (Then comes the “how” questions…).

The “why” is because you are still growing and unfolding, are like a flower that has not completely opened to be what it Is.

There is a flaw or error in the question about suffering. You can start to see the error when you ponder the answer by some sages, who will say something like “God was bored. If everyone was enlightened and everything was perfect, it would be completely uninteresting and boring. You have to have a little spice in the stew. Life is a game. It’s not serious.” (I made that up but it’s pretty close to what I’ve heard an Advaita teacher say).

The answer about suffering in particular is surprising. Suffering doesn’t actually exist. If you had a dialogues between Consciousness and the ego it would be something like this (I’ll replace “Ego” with “S3” – the Sense of Separate Self – since the concept of “ego” already implies a person that has an ego):

A Dialogue Between a Student-ego (S3) and Consciousness

S3:  There is suffering, lack, limitation.
C:  No there isn’t
S3:  That’s surprising to hear you say that. How can you say that?
C:  It’s surprising to hear you say there is suffering. It doesn’t exist.
S3: But obviously we humans are experiencing a great deal of suffering, cruelty, war, disease, disasters, chaos, atomic bombs, computer hackers, long lines at Costco, Starbucks mochas that are too sweet…
C:  OK, Enjoy! Love you.
S3:  Um, don’t you care, aren’t you interested?
C:  Children enjoy playing. I am loving it all. The show. The toys. Sights, sounds, smells, appearances come and go. A magnificent show, constant change and flow.
S3:  That’s so insensitive, arrogant, selfish.
C:  I’m not attached to my creation at all.
S3:  But it’s a bad problem. And there’s so much that is, well so cute here, that I want to hang onto, like a pet. I’m very attached.
C:  No problem.
S3:  You mean, it’s not a problem, or you mean, you’ll fix it?
C:  Yes.
S3:  Which?
C:  Whatever you want, you got.
S3:  Ugh (sigh). So frustrating. Give me something!
C:  You got it!
S3:  What? What do I have?
C:  Everything you want.
S3:  I didn’t want this!
C:  Not wanting is wanting.
S3:  OK, fine, I’m wanting. I’m wanting all the suffering, lack, and limitation to go away.
C:  Sounds like a project.
S3:  Enormous, heavy, tremendous. You have no idea. The battles that must be waged, the struggle, the stress, trying to survive and make it…
C:  Have fun.
S3:  How can you say that. Take it so lightly.
C:  It’s easy.
S3:  Yeah, for you it is! You’ve got it all: omniscience, omnipresence, omnipotence. You can get whatever you want.
C:  I don’t want anything.
S3:  I can see why.
C:  Good.
S3:  But what about me? I had no choice in the matter.
C:  You? What “you”. There’s no you to have a choice.
S3:  So it was you, God or Consciousness huh. I think you should apologize.
C:  I’m a figment of your imagination. I don’t exist.
S3:  No? Then who is this talking? You’re hearing me aren’t you? And, there was a choice made somewhere.
C:  (silence)
C:  There is an appearance of listening, an awareness of vibrations coming and going.
There is nothing happening.
S3:  That’s very profound. Pff. Thanks a lot.
C:  You are always welcome.
S3:  I still feel empty.
C:  Who is empty.
S3:  I am.
C:  What is I am?
S3:  I don’t know.
C:  That is good.
(silence)
S3:  Not knowing is good?
C:  Now knowing is knowing.
S3  How so?
C:  It open the possibility.
S3  Of what?
C:  That you can stop pretending.
S3  Pretending … what?
C:  That you intended differently.
S3  I … didn’t intend this, all this crap to happen, if that’s what you mean. Hell, I didn’t even ask to be born.
C:  What is your intention right now?
S3  My intention is to, um, let’s see … complain so that someone will help, or that I’ll feel better, or to let everyone know so they will commiserate. Maybe love me. And I have an excuse, for staying stuck where I am. I can blame conditions.
C:  Does it help?
S3  It helps me feel real. Important. Get attention. Like the center of the universe. Who will someday be big and even more important, better. After I fix all the problems.
C:  So it’s working, You are where you want to be.
S3  Um…
C:  Your intention.
S3  I… well, I…uh…
C:  Congratulations, all that practice in being a person is paying off.
S3  Mmm, great. Now what.
C:  Now is the perfect time.
S3  Time for what?
C:  To stop being a child and be an adult. The perfect opportunity.
S3  O…K… what do I do?
C:  Whatever you want.
S3  Such as?
C:  Such as pretend to be bound, or be what you are, freedom itself.
S3  (student is a little taken aback, ponders this all for a while…) So… would it be fair to say, that the sum total of my life right now, is exactly as I intended?
C:  It depends on what you mean by “I”. A personal intention is like a little mechanical toy robot you placed on your dashboard while driving, and saying the robot drove your car. You could blame it for screwing up too.
S3  Astonishing. So I am, as a person nothing other than your robot, your tool. An instrument. Something you made up.
C:  Precisely. A fictional tool, with no purpose other than the one the artist is inventing, intending, instructing, now.
S3  I see, not my will but thine.
C:  We are but one being. I Am.

(2) Jesus said, “Let him who seeks continue seeking until he finds. When he finds, he will become troubled. When he becomes troubled, he will be astonished, and he will rule over the All.”
~ The Gospel of Thomas