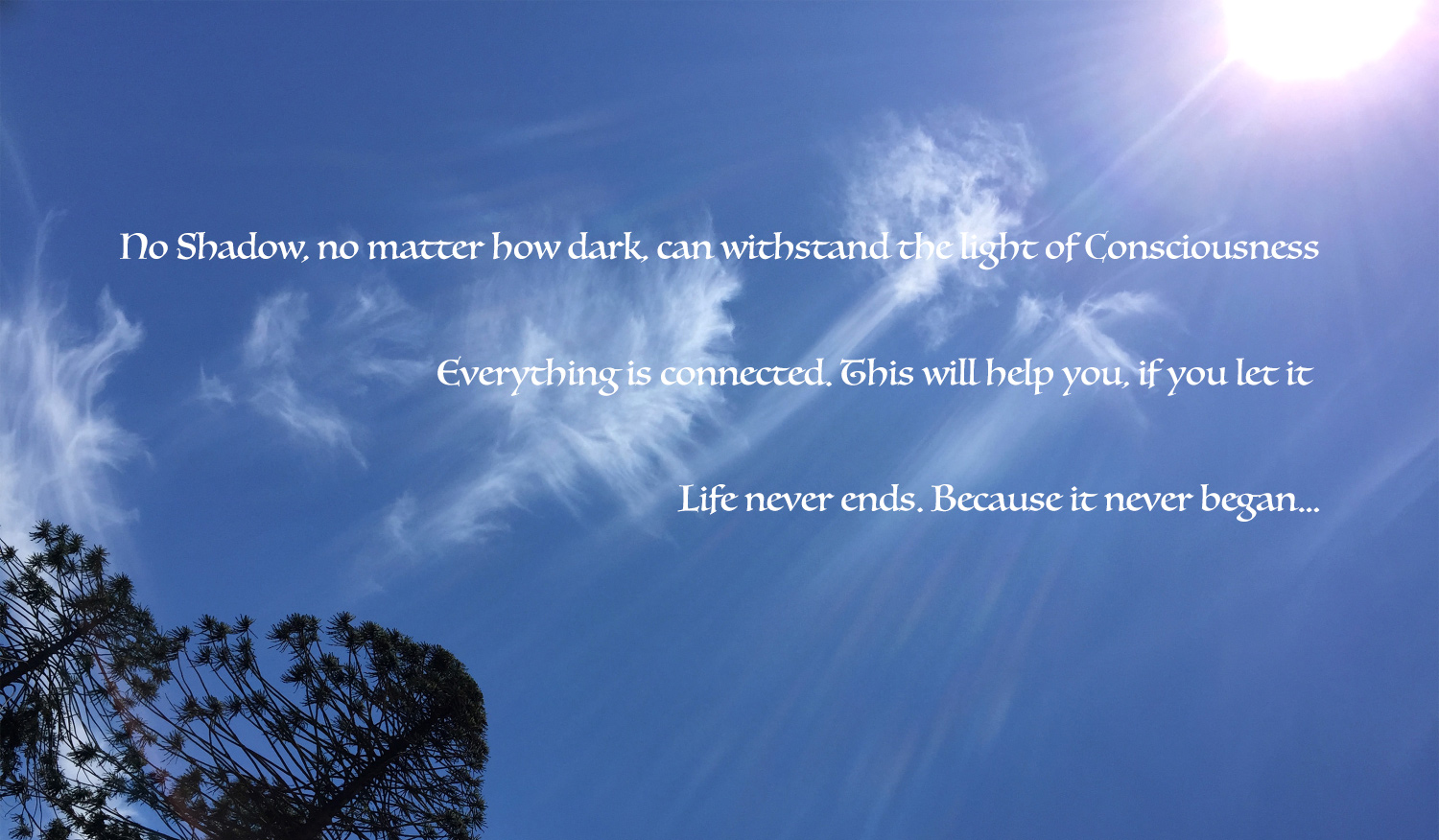 Nonduality is the cutting edge.

One day, after a satsang, a friend asked me at lunch, “So what is nonduality?” The satsang—a meditation and dialogue—was with the (unorthodox) spiritual teacher Francis Lucille. I just gave a basic, dictionary definition. Later it occurred to me she might have been asking more; after all, it was her first time there, and she may not have been able to absorb much, given her stress level and the seeming complexity of the questions and answers.

I’d merely said, somewhat glibly, and not wanting to overthink it, that nonduality means “not two,” and that we normally see things as duality: up/down, right/wrong, good/bad. I said nonduality is pointing to the underlying reality that is Consciousness.

What follows is what I wish I’d said, and so I wrote this for her and for others who might appreciate it.

Nonduality is about recognizing who, or rather, what you are: not an object.

It’s about having the courage to stand alone, but knowing that in the aloneness is true unity with everything and everyone. There are no “others,” really. It’s having the courage to question, see through and drop the societal or personal beliefs and demands that we’ve taken on, and living according one’s inner truth, the quieter sense within.

It’s about seeing and feeling only what is actually present in the moment: bodily sensations, thoughts, images — and knowing that really, it’s all that is happening.

We become aware of what is not present—what is not now—such as when we project into the future or past mentally, or think and act from habit. We realize it’s not us, but rather the false self, the illusion.

It’s about accepting the illusion, that those thoughts and feelings are lies in a sense, and being OK with it.

It’s about recognizing perceived limits and realizing they are not real, but only projections and beliefs.

Ultimately, once “what is” is glimpsed, even human thought, activity and all the illusions are what Is. Life is both real and unreal.

It’s about happiness — it’s about recognizing more and more often, on this crazy path, that life is not serious. It’s an adventure. It’s to be celebrated.

It’s about going directly to who and what we are: a self-aware, awake, real experiencer, rather than searching endlessly and indirectly through practices like meditation. It’s pointing to the pathless path.

It’s about that which is timeless and always present, but at times seems invisible: Love, Truth, Beauty, evidence of a deeper universal intelligence.

It’s about dying to the false and unreal, surrendering the superficial and realizing the extraordinary: a spark of the infinite.

It’s about our fundamental nature and the extraordinary paradox — that it can seem very hard to just be what we already are: effortless, infinite, boundless consciousness.

It’s about seeing what not to trust—the beliefs we assumed about ourselves and the world—and trusting Life. Trusting that behind the appearances all is perfect and unfolding as it should. That all is well.

It’s about realizing how small and insignificant one is as a body-mind, and accepting a humility towards the unfathomable power and mystery of what Is.

It’s about seeing what is transitory, fleeting, changing: all the thoughts, feelings, sensations, and experiences of the world, every thing in the world, all relationships and anything that we call human life, and finding what doesn’t change, what is immutably present and Real.

Its about waking up from the dream: the dream of being a body, a human being, a world, an actor on a stage, a doer and changer.

It’s about Being, not doing.

It’s not about any thing. It’s about no thing.

It’s about realizing there is nothing to do and nowhere to go. Though life goes on for the body and the mind—and doing and thinking happen—it’s about responding rather than reacting, being in harmony. It’s about seeing desire for what it is: a belief in lack because one believes or feels one is separate.

It’s about the paradox: here we are, trying to perfect the nature of Love, though it’s already perfect. It’s about growth and evolving the conscious experience of life.

It’s about setting aside the noise of the world, looking within, discovering, uncovering, though grace: the seemingly undeserved, unexpected, perfectly timed divine moment.

It’s about going beyond all our small selves, giving and being of service, in the transcendent joy and love of Being.

It’s about letting freedom and simplicity run your life. Living inside-out instead of outside-in.

It’s about realizing nothing is separate.