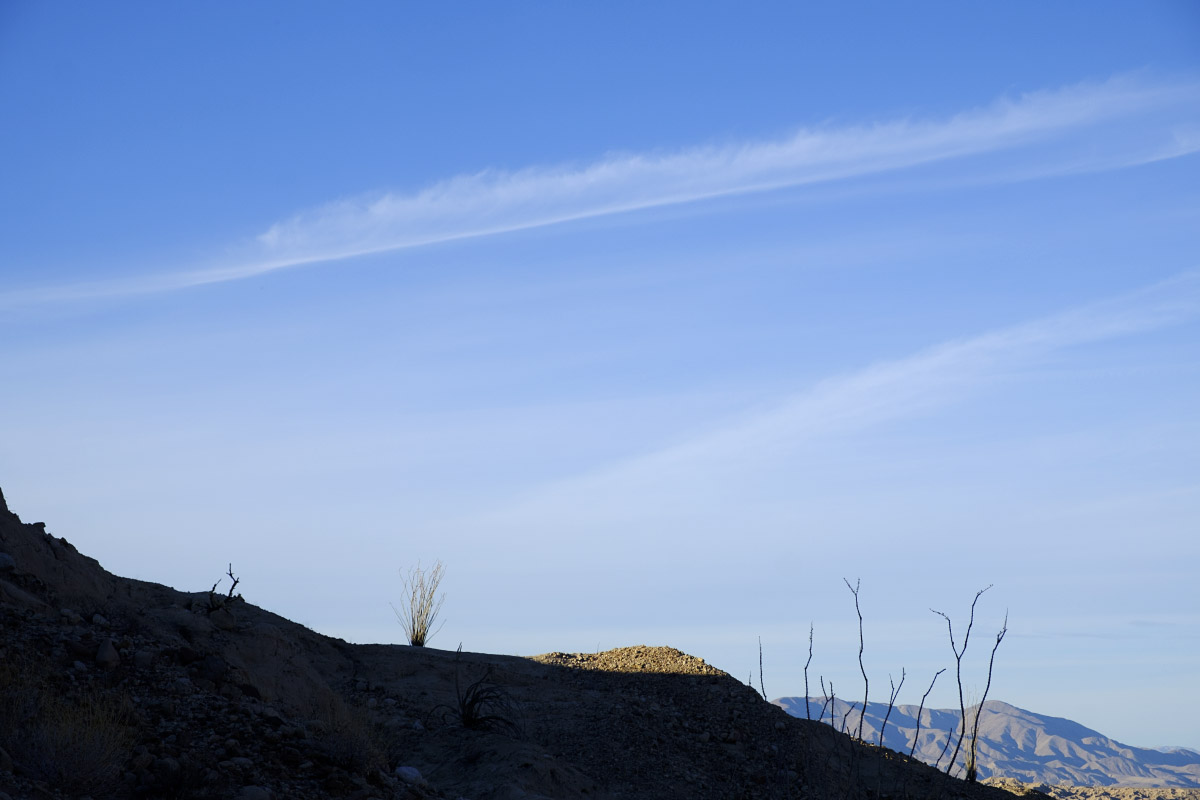 The Reality of Universal Consciousness

Jesus said, “I shall give you what no eye has seen and what no ear has heard and what no hand has touched and what has never occurred to the human mind.” – The Gospel of Thomas

The hard thing to grasp about Universal Consciousness is that it is not something that can be sensed by the senses, has no form, cannot be thought about or conceptualized or imagined, as it is the “light of awareness” itself. So how does one know it exists? It starts to sound more like a belief or an item of faith, or nonsense… like no thing. Nothing.

I will do my best to lay out an inexorable logic of experience that can show, to those receptive, how it is true. In other words, it presents a possibility that you can either embrace or reject. Whether you see it or not, is up to your willingness, readiness, and grace.

1. Experience: I Exist.
I am having an experience, and even though it may be a dream, or a hallucination, or created by Descartes’ demon, or a digital simulation in an alien’s computer, or a thought-form of some type, it’s still a real experience. Even if this experience of a body and a world is just an avatar and a scene in some insanely complex and detailed game simulation, it’s still a real experience. So something somewhere is experience-ing. There is consciousness-ing going on. In other words, I am Be-ing. Being is. I exist. So to start, we at least know that much for certain: I exist. And so even if you insist that I am not conscious and/or I do not exist, I can know for certain that that is just your idea, theory or belief. I have a rock solid basis from which to start, for me.

2. Reality.
But what about the question of what is real, and what is reality? A fruitful way of approaching this question in the context of ultimate or absolute reality is by asking, “how many realities can there be”? We have established that there is at least one (I Am, Being). Could such a thing as more than one reality be possible? Well let’s look at that notion: if there were two realities, how would one know about it? It implies that there would be a third reality encompassing both realities that knows of both realities. So that would be the one reality. If there were yet another reality at alongside that higher encompassing reality, then how would that be known? By yet another higher reality that knows those. So no matter how many levels, or how many realities, there is still only one reality.

Notice that it can be tempting, according to one’s assumptions, to say that maybe there is another reality out there – the proverbial tree that falls in the forest and no one hears it – that one doesn’t know about, or that no one knows about. But the assumption is that “reality” is thing-like, is like an object: it has borders, it can be distinguished, it can be perceived, or conceptualized (“discrimination” in Buddhist terminology), that is, as perhaps out there somewhere somehow, perhaps as another dimension, could be known, at least theoretically – otherwise why are we talking about it? The assumption is that it could be known at minimum as a theory or concept or something imagined, as a separate reality. But again, it is known by whom or by what? You’ve already brought in awareness, consciousness, knowingness, by the back door, whether you admit it or not. It’s either part of awareness or not. Something is either real or not. You can’t be half pregnant. This is not a conceptual or word game we are playing. We are wanting to know what must be true, not what might be true.

It is meaningless to say “separate reality” unless we are talking about psychological, mind-based or personal reality: in other words, a thought-created “reality”, a perceptual reality. And this is valid in a psychological context (just see how two people can watch the same movie and have a completely different experience!). But what we are investigating are philosophical, spiritual or ultimate questions, however you want to say it: questions about life and the nature of life. Personal “separate realities” may be useful for understanding human behavior and relationships, but even there, we want to put it in context, and not fall into relativism and grant ultimate reality to whatever arbitrary thought systems sentient beings can fall into. Truth is Truth, regardless of local editions of it.

So you can see it would be as meaningless to claim there is ultimately more than one reality as it would be to claim there is a little invisible man named Yehude in my pocket, and because he’s invisible and I can’t disprove it, therefore he exists. You would be seen as crazy, or at least a little looney. And it’s just as crazy to say there is more than one Ultimate Reality. Just because one can say something or think something doesn’t mean it exists or makes logical or intuitive sense. I can say “One plus one equals three, to me”. And that’s fine, you are free to say that – but who cares? It’s meaningless and not intelligent.

Therefore, using intelligence, we see that this encompassing reality would be the one reality: the totality. And this accords with our deep intuition that indeed there is only One reality, one infinite totality, without limits or borders. (I remember lying in bed as a child and thinking, “if there is a border to the universe, what is beyond that border? It would have to go on forever…” which is the imaginative insight about infinity that is the same as the spiritual perception I am pointing to here). If you don’t have that intuition then I kindly suggest you have been fooled by thinking and a fascination with form.

It’s meaningless to talk about more than one reality. It’s not logical, and does not accord with one’s experience.

3. Evidence.
Can you find a limit to your consciousness? Have you ever and can you now find a border? All that you have ever known, or know now, or will know, is experienced within your consciousness. And I don’t mean your mind. Your mind – any and all thoughts, sensations and perceptions – is something known by consciousness. The content of your mind appears to that which is experiencing: the same reality that is reading these words right now.

It is a very common mistake to equate consciousness with mind, to think consciousness is mind-like. This is one of the reasons behind much confusion in the fields of spirituality, spiritual psychology and psychology, not to mention philosophy. So it’s important to be clear on this: Anyone who meditates for example, will be told or be familiar with how, once you relax and open your attention, you can become more aware of how thoughts or mental images, or the sound of self-talk, are passing, how they come and go. They arise. The same with bodily sensations and perceptions. Nothing stays the same but is in constant flux. What is observing this play of form, the flow of thoughts and sensations, perceptions? Can a thought see a thought? Can a perception observe a perception? No, the mind doesn’t experience anything, nor do anything on its own.

And what have you ever known of yourself or the world except this passing play of thoughts, imaginings, perceptions and sensations? Your assumption has been that there is some solid thing out there behind it all. And, we may believe some day science will get to the bottom of it all and find out what it’s all made out of, and how it works, beyond just the appearances and the workings of the mind. Well, you’ve got a long wait my friend. Meantime, it’s time to live.

Through the use of reason and examining beliefs, we come to see there is a total lack of evidence for consciousness being limited and personal. But does this prove it is not? No, it is a negative conclusion. So we are left with a 50/50 proposition: there is a 50% chance that consciousness is limited; there’s a 50/50 chance, according to reason, that consciousness is not universal. We must go on to experimentation in our lives: living it.

4. The Logic of Experience.
Combining these insights, one can come to an incredible, startling, mind-blowing conclusion:
If there is only one Consciousness, and one Reality, they must be the same Reality! This One Consciousness is the same consciousness I am experiencing right now. There cannot be any other. And, there are no “others” in Reality. This, despite what my beliefs tell me, what my experience seems to tell me, and the society tells me.

What is ultimately reading these words right now is what is creating this entire universe and this body and mind right now.

If you have followed the logic of this article, you can also begin to see why many sages have pointed out, or tried to, the fact that our experience is a projection of the mind.

Notice this is not the same as solipsism: the belief or position that my mind is all there is. Nor is it Idealism, which says that that mind stuff is all (the counter position is holding that matter stuff is all: that is, Materialism, which is the religion of the modern world). What I am outlining is the view that consciousness is all. Consciousness encompasses, and is, both mind and matter.

This understanding is encapsulated in the statement “Being Is, and Non-being isn’t”, which reflects the fact that both consciousness is, and universal reality is, and they are the same reality. This Being is not personal or limited.
This truth is reflected in the ancient Greek philosopher Parmenides writing, the Upanishads, The Course in Miracles, and other places:

“Now then, I will instruct you; hear what I say:
Two paths are open to investigation.
The first says: being is and non­being is not.
It is the path of certainty, because it follows the truth.
The other says: being is not, therefore non­being is.
This misdirected path, I tell you, cannot lead to a sound conviction
For, if this statement were true, it would not be possible for you to conceive of non­being, nor to name it.”
– Parmenides (read the entire poem fragment translation here)

“Nothing real can be threatened, nothing unreal exists. Herein lies the peace of God.”
– A Course In Miracles

5. Living It.
Try this experiment: Endeavor to perceive, think, decide, act, and relate, as if Consciousness were Universal – that what you are is absolutely the same as everyone else and everything else – one Mind, one Consciousness, and all is a projection of mind. See what happens. You will be amazed. True Happiness will begin to dawn on you and draw you to it, as the understanding dawns that happiness via the senses is a dim shadow compared to the light of Being what you truly Are Now.

In this article I have attempted to lay out The Reality of Universal Consciousness and The Logic of Experience.

I have proved it to satisfaction for myself. It’s up to you to explore, to investigate, to look within yourself, if you are willing and open…