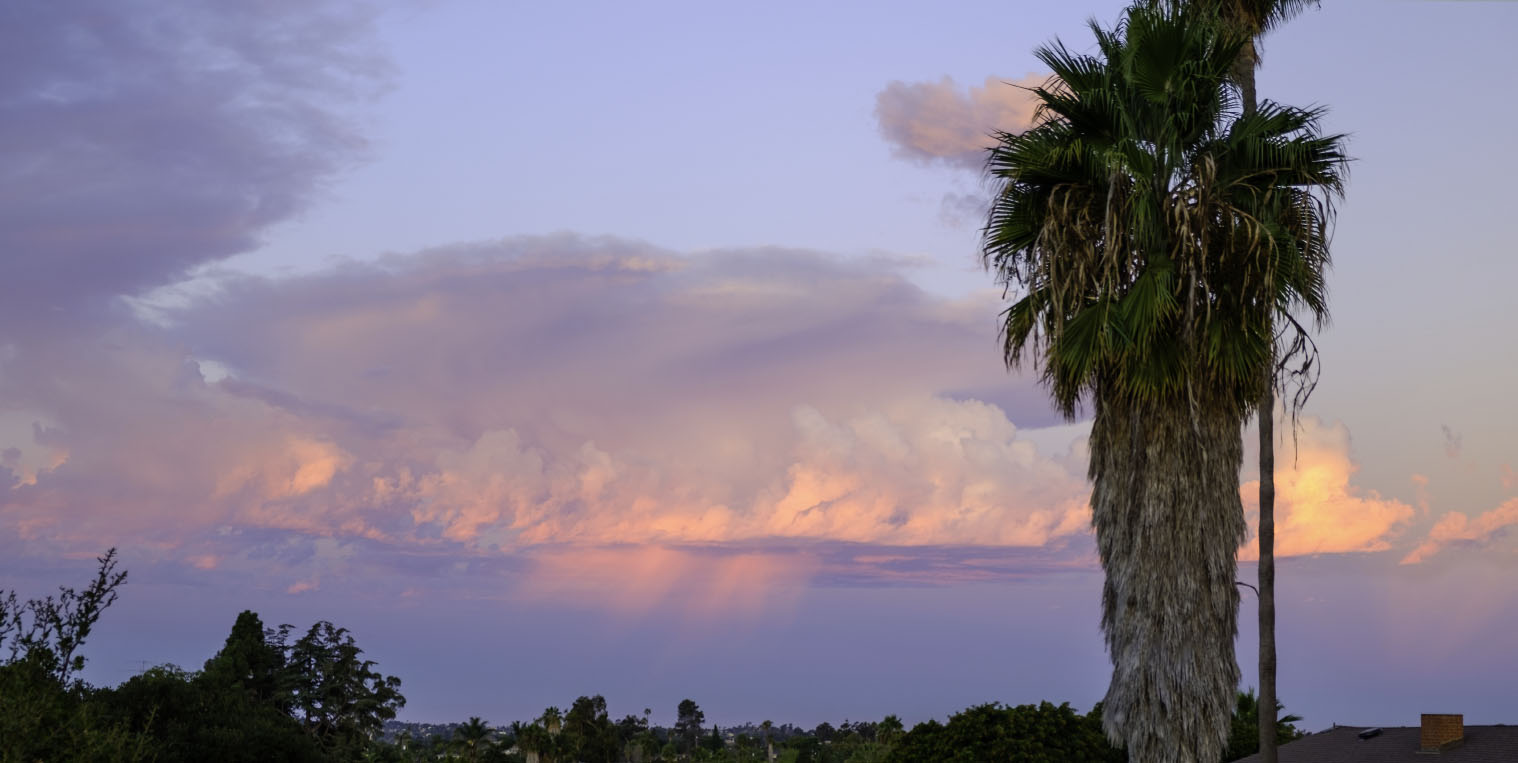 On Beyond UG Krishnamurti

ABSTRACT: UG Krishnamurti (not to be confused with Jiddu Krishnamurti, his nemesis) wanted to have his cake and eat it too: be a materialist and cynic and point out the hypocrisy and business-like nature of spiritual culture, as well as the mess and violence of human society, its inherent conflict which arise from our inner duality, yet say he is not in conflict with a society one cannot transcend as it’s product, implying he is also in conflict. He also claimed he was in some special “natural state” of a purely biological and harmonious nature that happened to him for no reason. Yet he angrily rejects any possible transcendence from mind and society that would take anyone out of the level of conflict, which he recognizes is in essence mind-as-conflict and it’s imposition on nature. In this way he sidesteps and never resolves the inherent conflict in the materialist view: who, or what is observing and harmonious? A thought cannot observe or think. So what perceives the mind and its conflict? From his behavior and philosophy, I suspect he was conflict within himself. His reduction of everything to one level ignores the reality of absolute truth—the possibility of unlimited consciousness—while implicitly claiming to be a variety of unassailable truth.

There have been several accounts of UG Krishnamurti’s life – or “UG” as he came to be called – so I will not spend time covering that subject, but go straight to the heart of the matter and examine his philosophy, or teachings.

The graphic novel format book “This Dog Barking: The Strange Story of U.G. Krishnamurti” is the newest offering in that space, and what inspired me to finally write and publish these notes. 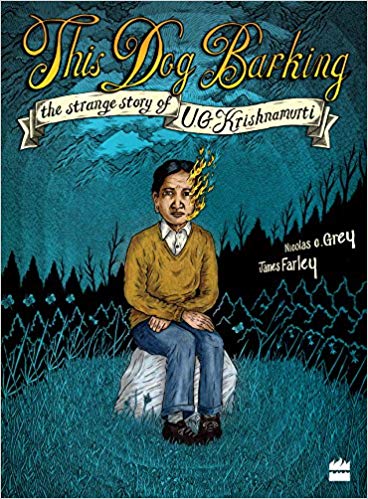 This Dog Barking: The Strange Story of U.G. Krishnamurti

At one time I was quite taken by UG Krishnamurti’s views. I read everything that had been written of his talks and about his life, and watched many videos, and all the audio recordings I could find. At the time I was still feeling the conflict between my scientific and materialist outlook and the spiritual experiences I’d had, and the teachings I’d run across. I’d also had an education in philosophy that helped me be adept at critiquing the spiritual ideas that were presented to me as panaceas by teachers and spiritual psychology practitioners. So at that time, UG certainly plugged into that, and helped me to see some of the shortcomings of the religious and spiritual ideas I’d absorbed. At the same time it left me feeling bereft of anything to cure these sense of separation and division, lack of love and belonging to the universe. It removed hope, but not in a good way! It left behind a cynical residue.

A good spiritual teachings is useful towards pointing one to seeing where happiness comes from, what one simply Is, as Being, what life Is, and without false hopes. It directs one to facts. It helps one aim to toward Truth and away from false identifications (God vs. Mammon if you will), attachments and empty values absorbed from the world. But UG’s philosophy was a negative one, emphasizing that we can only have, see, or think according to the knowledge we already have, without giving one a clue as to how to be in what he termed the “natural state” (a term he borrowed from other teachings).

It’s a fascinating story, his life. But as far as his teaching (which he disclaimed as a teaching yet he allowed it, had people coming to him, supporting him, wherever he went) he clearly identifies the “problem” as it were: thinking, or the mind, and that self cannot get out of self, and thus all spiritual teachings and practices are self-fulfilling dead-ends that merely perpetuate and even enlarge the mind, via the carrot of “enlightenment” or “moksha”, liberation,  etc., just as society, as a projection and creation of mind, is a self-perpetuating survival machine that repeats itself. Egos want enlightenment, not true liberation, for it would mean the ego’s dissolution.

But he must have been conflicted himself: one can discriminate a teacher by the fruit the tree bears. I wonder too about the unsubstantiated claims to support his non-teachings (such as his claim that the founders of Eastern religions were “acidheads” in the jungle, or his supposed physical symptoms during his supposed transformations). The test of a legitimate teacher are twofold: are they truly, unconditionally happy, and can they direct you there. He fails on both counts: he often doesn’t seem particularly happy or at peace himself, often in angry, hostile reaction in his meetings, and he clearly states he has nothing to teach, and can’t help anyone. I don’t see much kindness, compassion or humility in his behavior, in his angry treatment of guests who question him or comment, at least what I’ve seen in video or audio recordings (though supposedly in private he could be kind – but aren’t we all at times?). In other words, there is some kind of ego operating before and after his supposed experience. As evidence for this, look at his meeting with Ramana Maharshi and how he projected arrogance onto one of the purest souls.

More fundamentally, he was asking “what is this state?” of enlightenment for decades, before supposedly realizing he was in that state. No wonder he claims it’s biological: his central mistake was thinking it was a state. States are for bodies, for persons, for separate entities. Thus the state of harmonious functioning he talks about would be just the materialist interpretation of being not separate from one’s environment, surroundings, culture, and so forth. Further, and even more fundamental, states come and go. What we are looking for is that which does not change, which is always true and real.

Who or what is experiencing this state? He gets rid of the self by saying there is no central coordinator unless he is answering a question or functioning biologically.

In a nutshell, UG’s mistake was that of the materialists: of mistaking “enlightenment” as a state, for a someone, a body. It’s the central mistake of separation. He folds this in with a quasi-materialist unitary view, but overlooks the fact that the materialist view is itself self-contradictory: matter is a concept (or abstract model of the world that we learned), not an experience, that requires a mind to hold onto, and is a belief, like any other religious belief, we are aware of either consciously, or hold unconsciously. In fact it is the central belief of Western Society. But beliefs are not facts of experience, they are thoughts that represent non-facts. Thus his philosophy never really gets off the ground, and always stays at one level. It is superficial in this sense.

The materialist view can be a non-dual one, if taken to it’s logical conclusion: that the reality of the the totality of the universe, and reality of consciousness—the reality which is reading these words right now—must be the same reality, as there be only one reality by definition and by intuition. But that doesn’t happen with UG. He, like most materialists, denies or won’t notice or acknowledge the simple fact that he is aware, and aware of awareness, and stay with this central undeniable (unless you are an academic philosopher!) fact of experience. He is making the same mistake as the spiritual teachers and students he criticizes, and assumes the abstractions he talks about are real.

He made an observer out of the mind, and later saw that that’s what he was doing: merely a mind observing a mind. In other words he made a separate entity, a two-ness, a duality, and only admitted of one side of it. But how can a mind observe? A mind only has contents, not consciousness. One has to resolve the duality of observer and observed, subject and object either by saying it’s all material (like he does) or it’s all consciousness, like the traditions of Advaita do. Either way it’s One. All one body, one energy, or one observer reality, which can’t be figured out from the mind. But if there’s only one real observer, how can that really fit with materialism, unless you make incoherent claims like there is no coordinator? That would be chaos, yet there is experience of harmony.

You have to recognize that the observer you think you are (imagine yourself to be) is just a mental model, an image, an idea of the mind. But UG never gets beyond that, as far as what he offers to others.

My theory is that, UG, an intelligent and sensitive man, was impacted deeply by an intense religious upbringing, education, the hypocrisy he saw, and expectations of others and himself to be an enlightened sage or teacher, like Jiddu. This suffering and the ingestion of too much spiritual data, too much information and culture, and an anger from reacting to the what he saw all around him – the conflict it set up – set the course of his life.

Out of The Trap

While it’s true at the level of the body-mind-world as seemingly separate entities, we are all bound by cause and effect, mere machines as it were, parroting the words of others (as UG often pointed out: no real creativity from the mind), completely conditioned by life (genetics and environment), like robots, there are also ways out of it. (There aren’t really levels, but it’s a way of talking). The belief and sense-feeling of separation, and reacting, emotions, thinking, (and competition, egoism, anger…) all go together. It’s all one movement of energy, if you will ( words to try and pin on “experience”).

The way out is simply and profoundly, the glimpse of one’s true nature, the intelligence of life, life itself: the Self in Eastern philosophies. UG may hint at this at times, but gives no way out, no way towards it. And yes, it’s true that mind and the doer can’t get there (here), but yet we experience what we call glimpses, insights, understandings, moments of grace, when the vertical dimension is allowed, or breaks through. This phenomenon (of the neumenal effect on the bodymind) is given short shrift by UG.

He conflates the material and transcendent, reducing them to one level (much like the Neo-Advaitists) and wants to have, or claim to have it both ways: his kind of non-duality still requires a way out of conflict if he’s to actually be non-dual. In short, a non-transcendent non-duality is not non-duality at all. It doesn’t matter how much he yells and curses and criticizes and calls others a “filthy bastard”, it doesn’t make sense.

So why write about a dead pseudo-teacher? Because he’s interesting, a very unusual character, with a fascinating history. And he does say true and incisive things at times, and can be entertaining. But I’d suggest looking at the warning label on the pack before you smoke what’s inside, and take it too much to heart…

At best he’s a kind of spiritual drano that helps to flush away nonsense implanted by religions, spiritual teachers, and other ideas as well as practices, and point towards using thinking in a more practical and honest way.

The down side is a potential for cynicism and a materialism that lacks depth. The central conflict of a materialist outlook is not accounting for the looker. To what does the idea of matter, or of a brain appear? These are abstractions away from the immediate reality of sensation, perception and thinking. While UG admits to these experiences, he never explores the question of who knows, or what knows, other than the brain, or the thinking content. But to what does thinking appear? A thought cannot think. A perception cannot perceive. A thought as a result of an observational perception cannot observe.