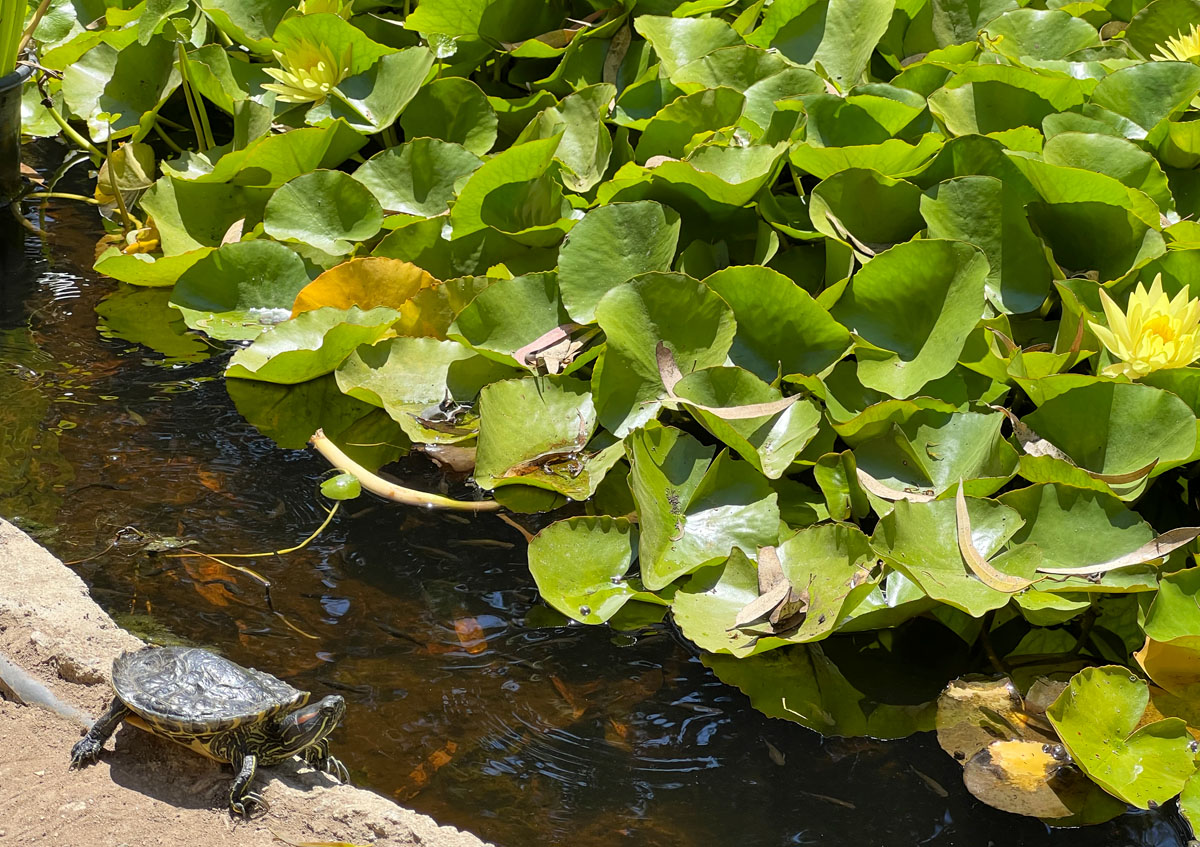 Just thought I'd write a short note, in lieu of a meeting announcement.

In addressing those that have been on some kind of path for quite a while, and now have an acquaintance with the "direct" path:

I apologize in advance for the long messy missive—I assure you it started out short and concise—but you know how it goes: one word leads to another word, and takes further "explanation", haha. It's an absurd game in a way. Hopefully there's some art to it, some value somewhere… and hopefully this is my last email (took me four hours to write this final draft, plus the many prior attempts to write about the intuitive insights over the last week…).

Three Stages (of seeking and finding who or what you are)

First there is a stage of complete identification (learned at a young age from the world). This is most of the world.

The second stage is one where there is a hint of a recognition, and one starts seeking.

When and if this blooms, there is a new identification, as a "seeker" and practitioner. For a true, earnest and sincere seeker, for those rare humans, there is full doership: a total sense of doership, as a practitioner, very "focused", earnest one, where the truth seeking is all-consuming—call it wanting to know the Self (or "God") — and is seen as all that really matters, or is really, centrally important. Effort is involved.

This is a very small field of humans.

(There seems to be a difference of opinion out there about whether a teacher is needed for the 3rd stage, but at minimum it's very difficult on one's own).

The astute reader may notice there's a correspondence here with the old Zen adage of "First there are the mountains and streams, there there aren't, then there are" – another take on a 3 stages of Realization.

While ultimately it's extremely simple—the simplest possible—it's not easy. While insights and opening and surrender are effortless miracles, the living and working out of that, the third stage in particular may involve decades of struggle and suffering and trials (which also is nothing to be proud of, is not spiritual, is not deep), the grinding out of the "me", in this coming to the simple recognition that you never existed in the first place (over and over). The seeker is the Self, and never actually existed (as a self-existing separate entity and doer) other than as a phantom, and there is only the Self. To put it another way, the "me" never existed except in the imagination. You are free of it. This is called "liberation", yet there is no real independent "me" to be liberated.

But, (even then) the ‘me’ hangs on in secret as it were, as unconscious tendencies (vasanas).

There can be an intellectual recognition of it, but the (remaining) sense of self can't get out of self, or doesn't want to let go of self. Not without a fight, haha.

This is where the spiritual world can be off-base. It makes a big deal out of the seeker and the seeking, and the feelings and experiences, and makes out, or imply, or not confront directly, that it's about feeling good, having yummy meditations, being in the flow, improving the body or mind, yoga, diet, lifestyle, psychology... you know, all that "New Age stuff", and even gets hooked in with beliefs about politics, social activism, worldly stuff ... not to mention all the (expensive) retreats, exotic locales (woo! great vacations – I'm all for it!), and — really funny this— whose path or teacher is better, higher, real, and on and on, and gets mixed up with the whole ego game of wanting to be ... whatever: the self-improvement world, the improve-the-world world (as if the Self were different from All that is, and not only Now!). In other words fix something — fix yourself, or someone else, or the world — wanting to be somebody, such as a teacher, or student of, or surrendered, or ego-less, or spiritual, more pure and higher and having an advantage, powers, experiences, trips, whatever.... Nothing wrong with all that stuff, and have fun with it, make some money, have sex, go on a trip… but it has to end, and has nothing to do with Self recognition. It's building up or maintaining the spiritual ego.

Spirituality and religion were both useful to me for a spell as I found what I truly am. Most of what they had to offer were pointers in the wrong direction, and that is useful! Total failure is the goal of all seeking, and both religion and spirituality helped me achieve that thoroughly. ~ Mike Snider

The Truth, the Real, is as humble as could possibly be. It's dirt cheap (free) and common as dog shit. You Are what you Are. Full stop, end of story. Pure and shining, spotless, transparent, from the very beginning. There was never anything to do to be what you are. That's the huge joke. Like losing all the gold at the end of the classic Humphrey Bogart movie, The Treasure of Sierra Madre, where the old gold miner laughs at the joke nature made. You thought you were something special and then lose it and discover it was the whole of existence, true nature, was and is the treasure and is already here, cannot not exist, is peering out of these eyes, gold and not-gold and everything else and every non-else. No definitions or descriptions or words possible. There’s a lot of joy in that.

It makes no sense to the mind that the Self has to be what it is not, in order to see what it Is, absolutely. The whole field is one of paradoxes (to the mind).

Why seem to be a body (and a world and a mind), only in order to see you're not that, that it's not real (as a separate thing)!? Seems like a pointless waste of energy, to the human being's way of seeing things....

It's kind of like the Totality, in order to "know" itSelf or "love" itself, created a mirror, a phantom mirror, to hold up to itSelf. Then the mirror is mistaken for real.

I found Mike Snider to be very clear about all this stuff:

I thought I was actually seeking, but I found there never was anyone in here to seek. I found 'myself' to be Self playing the part of a seeker and his seeking. It was all for naught, ultimately. I did not need to seek what I am to be what I am. But if I hadn’t sought what I am, I would not have consciously discovered that I need not seek what I am. [That's why I said] 'There is absolutely nothing here, and everything is proof of it.' ~ Mike Snider

So as you can see, the inquiry, Self inquiry, is not about a 'me'. It has no boundaries, no borders. And it is infinite – no time or space are real. It's like an ongoing probing or tasting into Reality, the invisible, what's really real behind appearances... That is 'my' experience. And so again, the seeming paradox is that it's on-going, as more is revealed or not-held, more of Self or Reality unveiled, unfolds in the now, and is seen that: what was unreal is unreal. No conclusions, nothing finished or dead anywhere...

As I write this, there is a baby crying, squalling, screeching down stairs. The apparent mind wants to do something, focus on the writing and contemplation, and there is a faint triggering of irritation that arises from that agenda, and is observed. Why fight it? Then it subsides. Some would consider it as un-spiritual to be annoyed, or to be distracted, or agitated, or for there to be noise outside or inside the mind, or whatever (various happenings), but nothing is not the Self. Deal with it. Reality has no agenda, but even the arising of an agenda is the Self. Being uncomfortable is too, though there is no glory, so to speak, or substantive reality in that either.

There is really nothing to stand on, and that's something! Yeah, nothing to own. Like Jesus said:

(86) "The foxes have their holes and the birds have their nests, but the son of man has no place to lay his head and rest."
~ Gospel of Thomas

More words mean less and less. But I'll end with these quotes, and an insight:

If you cannot find the truth right where you are, where else do you expect to find it? ~ Dogen

From the very beginning, there has never been a single thing. ~ Wei Lang, 6th Patriarch of Zen

The Mistake in Perception (I'd) Made

This Self inquiry business has nothing to do with a me — the meetings the writings, the satsang, the beautiful sangha, hanging out with friends, the discussions, answering questions or reacting ("being triggered") the ego blathering, stories, whether nondual or spiritual or scientific stories of myself and others... (both the selfless connectedness Love experience and the reactive experience), the lonely contemplations, decades of philosophical studies and inquiries into What Am I?, What is Reality? What is Intelligence?... meditation, desert sabbaticals ... all of it, and none of it.

And now here is my secret, a very simple secret: It is only with the heart that one can see rightly; what is essential is invisible to the eye.
~Antoine de Saint-Exupéry, The Little Prince

It's something much deeper and wider and indefinable, sensed only in the depths of the heart, then seen Everywhere, totally broad! —not the emotional heart, but the true heart, the universal intelligence, the Self—the invisible One, known directly, intuitively. It's not an experience of silence or un-silence, which can be hung onto. It's an intuitive "shift", an opening when the shell (of hanging on, identifying) breaks. It's all Self looking into Self you could say, and so some personal decision to do or not do is totally irrelevant to That What you Are. But, at a local level, if you fight it, there's anxiety, sensations and thoughts, like wearing a set of shoes too small... with thorns in them. In other words, if you pick a fight with God, you will always lose, haha! 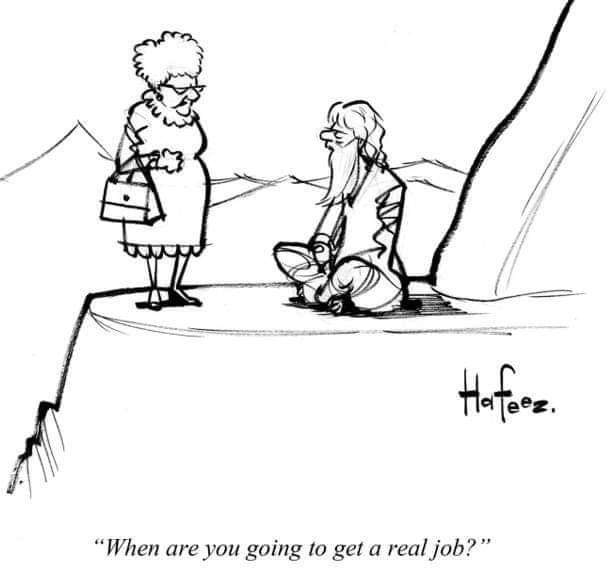 Since you are the Self, there is no escape. You can leave the shoes on, try not doing what you are called to do, and pretend it's not there, suffer... or (finally) just take the damn shoes off, and go free.

In other words, it's not some body, some person, some local separate entity or entities. Sure, it involves people, apparent people—actors in the play as it were—but it involves everything too: the "instrument" of Creation, apparent creation. There is no escape from what you Are. If you are meant to run meetings, you can try and escape it, and feel that, or not. The opposite is true too: if no meetings are meant to be, you'll find out it's not your cup of tea. There is nothing pre-set, no rules, and no way to know what the future is.

All creation is Now, and there is no real future: it's imagination. Now is fresh, open, always available, everywhere. It is Life living an apparent you.

You see? It's very simple. The simplest thing possible. "No-thing"...

So what are the implications? Well, that's a practical matter. I don't know in the abstract – all I feel compelled to do right now is whatever: write, photograph... And attend to creative projects, business… take the dog for a walk... So Be it.