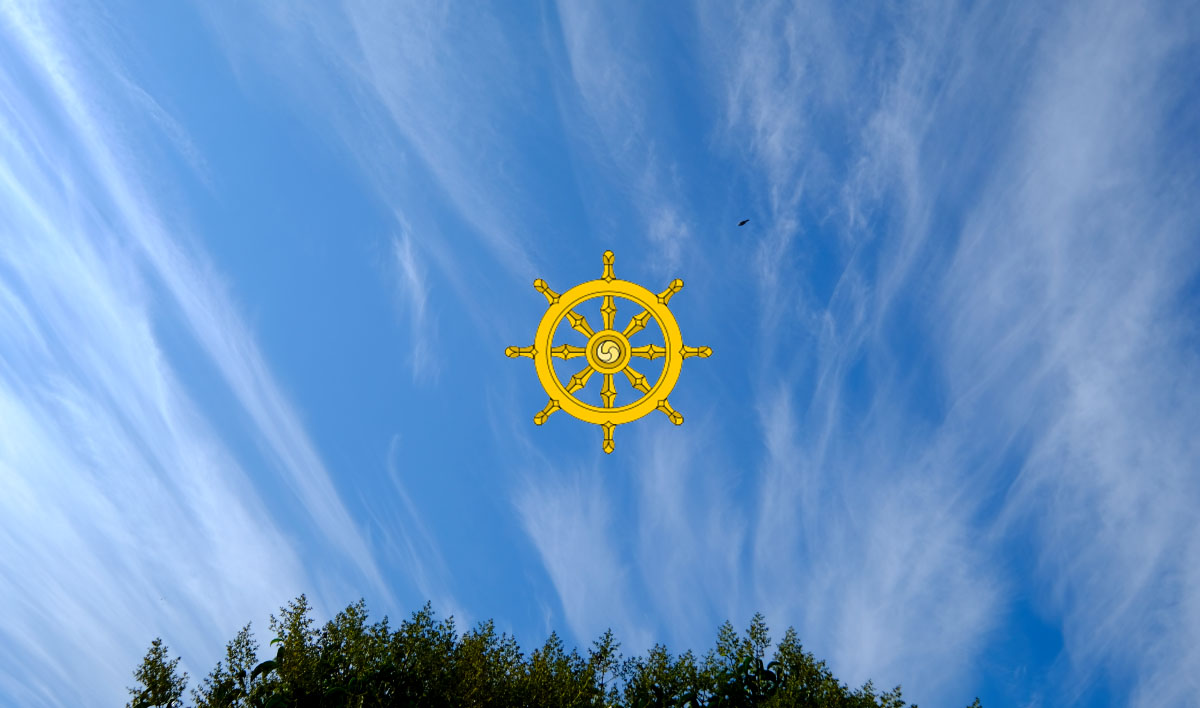 The Four Seals and Buddhism in a Nutshell

A while ago I wrote an article about the lyrics to a song I loved, Ott’s Jack’s Cheese and Bread Snack. I didn’t know it at the time, but the lyrics are called the “Four Seals of Buddhism”, or “The Four Dharma Seals”. I did know back when I wrote the original article that they were referring to what’s called “Dependent Origination”, which is something I had a deep intuition for.  In any case, as a non-scholar enjoying looking through the eyes of non-duality (the basis and foundation and origin of all religious/spiritual truth, not belief), I thought it would be enjoyable to explore what the Four Dharma Seals may be trying to point at.

1. All composite phenomena are impermanent.
2. All contaminated things and events are unsatisfactory (all emotions are [or arise from dualism and are] painful).
3. All phenomena are empty and selfless (without inherent existence);
4. Nirvana is beyond extremes (or beyond description);

Dependent Origination is a fancy phrase for the fact that all things, all phenomenon – the world of appearances, the illusory universe we seem to live and love in – is completely interconnected and inseparable, both causally and as one timeless spaceless unity, and this is all happening now, in a way that’s impossible to explain. Further, cause and effect can’t really be true: if you think about it, meditate on it, there’s nothing that’s not just mental in causality: nothing in the world of the senses that can show it.

Anyway, I re-read what I write, and it was boring and too abstract, so wrote something more down-on-the-ground and hard-hitting, meets you where you are in life. It turns out, according to what i read, that the 4 Seals are a synopsis or summary of Buddhist philosophy, so I can rightly call my essay:

1. “All composite phenomena are impermanent.”

Face it: that Ferrari isn’t going to make you happy for long, not truly happy. The excitement will wear off, you’ll get bored, it breaks down, you get in a crash and crack it up, a big repair bill comes in, you gotta pay taxes and insurance, and you see one in a nicer color with a bigger engine and get jealous and unhappy and want that, and you’re off to the races again. Don’t be a baby when and cry over spilt milk.
So what isn’t “composite”? Only the whole shebang: the totality, the ungraspable energy behind absolutely everything in the universe and behind it, that makes the trees grow and spins the planet around the sun; but you don’t seem to *like* the way the planet is spinning do you sonny boy, which brings us to number two:

2. “All contaminated things and events are unsatisfactory.”

Don’t be a dick (or a bitch); what goes around comes around. If you carry around unconscious negative habits you learned from your family or friends or society, and take it out on your wife, husband, partner, friends, kids, employees, the clerk at the bank, the dog, the goldfish, the furniture, yourself, whatever; if you still harbor negative thinking, conscious or unconscious, and you wonder why shit happens and you can never quite get things arranged to your satisfaction, that’s why. You’re reacting. You’ve been programmed. You’re a robot in your thinking. Take an honest look at yourself. Is being loving really that hard? Wake up.

You’ve been living from fear and desire, disappointment and hope, worshipping your own thoughts and feelings, being a self-centered bastard or bitch, and that’s the real problem, not anything out there. Get over it, drop it all. Psychology will not help you in the end – you’ll have to drop all of psychology. You’ll need to empty out the old, sour wine before you get new, sweet wine.

3. “All phenomena are empty and selfless, without inherent existence.”

This is a big one. You’ll want to grapple with it to the very end.

Get over yourself. Nobody gives a rat’s ass about your problems, so why do you? Life is but a dream: the whole thing was a figment in the imagination of the Unknown, so why fret? No self no problem.

Did you know that physicists have never found the ultimate particle, despite countries spending countless billions of dollars and building machines the size of cities and employing the most brilliant, sharpest mind on the planet – and never will find it? No one know what matter is! As a best guess, we have some equations, but they keep changing, because they are all products of someone’s mind. We have to face the fact there is no thing out there: it’s all projection.
You think you are a separate unit, a body, and the universe is threatening. Do you enjoy that? Maybe you do and that’s why you insist on being right. You’re happy being unhappy.

If you confuse yourself with this cartoon character and it’s story, take it seriously, get sucked into the drama and woe and stupidity of the world, you’re done for: the party pooper is believing you are this separate entity, this sorry self that’s going to die and you’ll miss yourself.
You’re so stuck on your opinions that the world is a certain way and you are a certain thing, it’s no wonder you make yourself miserable. The fact is, you don’t know shit, and no one cares. That should be a great relief. So get over yourself. You don’t exist. Yet you are related to everything and responsible for everything. True freedom is realizing all the limits you placed on yourself were, well, self-imposed. And those are the only limits. Find out who you are: you aren’t who or what you thought you were. You are not that finite self you presumed yourself to be, but don’t let it go to your head: see what you’re not, and what a dickhead you’ve been first. Even all the spiritual teachings (like this one, if you can call it a teaching) are in the end empty and need to be discarded.

Nothing is random – everything happens to assist your unfolding, if you stop fighting, resisting, thinking you know what’s going on from your puny mind, or trying to meditate your way to some superior condition or purify your self. This is not some New Age thing about you personally – you’re nothing – it’s about fact over belief. You have no control and no say in how the universe operates, how life is living through you. You think you are the doer and the master but you’re nobody and nothing. Get over it. “Not thy my will but thine” were not idle words but the dying words of unhappiness surrendering to what *is*.

4. Nirvana is true peace; beyond extremes; beyond description;

“The peace that surpasses all understanding, will guard your hearts and minds” (from the Bible: Philippians 4:7)

This “Nirvana” being pointed to is not a feeling. Feelings are states, they come and go/ What it’s pointing to is bedrock fact – some might say “confidence and faith” but that would suggest belief. A good word is *understanding* – standing under Truth – understanding that is not simply an intellectual one, which would be a surface thing, but a *knowing* that comes from a sudden, direct *seeing* of truth. This seeing can come from the path of reasoning, or from “hitting a wall” and surrendering, or from deep questioning, or from out of the blue – grace – and in a broader or deeper sense it’s always grace, as insights cannot be manufactured by will or personally.

How many of use experience true peace, on a consistent basis? I mean profound, truly inexplicable, bottomless peace? (I don’t, but I don’t care – there is no struggle here, and I know I am on the downhill glide towards it, as life gets better and better…). And I don’t mean just in deep sleep. If we don’t, there is no need to despair or get down on yourself or feel sorry for yourself or worry about why not or compare yourself… all of these reactions are of the ego, are of the nature of reactions.
And therein is the whole point of this pointing: to point beyond reacting.

All “extremes” and “descriptions” are objective. That is, they are in the nature of suffering, they are in the nature of the world – samsara is how they put it in another great tradition – and that is what you want to let go off, not hold onto. Don’t hold on to any thing – anything in consciousness, where it all is playing out: the mind and the battle. That’s the key.