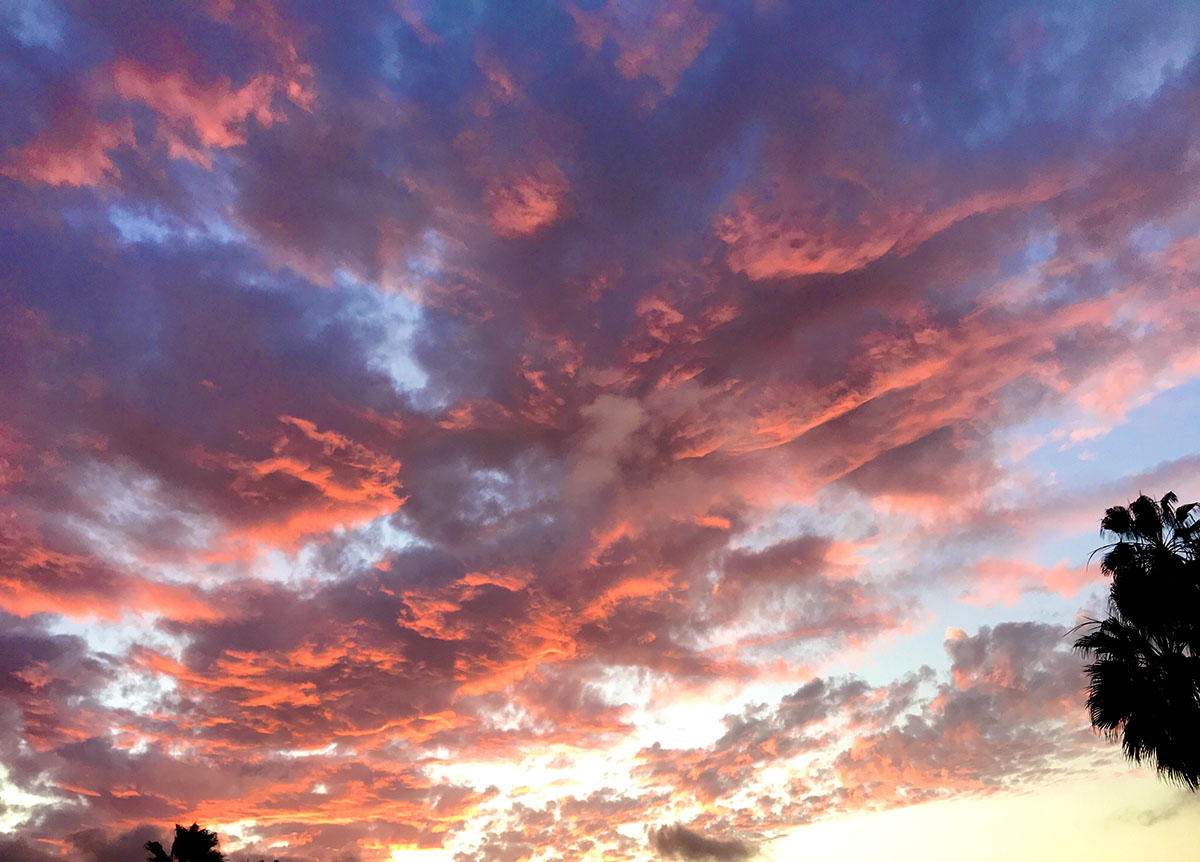 The End of Self Help

Given that this is the last day of the calendar year, and a friend and I were discussing the notion of “eschatological” yesterday (how religions sometimes have that apocalyptic, “end times” element in them), I thought it would be appropriate and fun to reflect on the paradox of self-help and the direct path (the non-dual understanding).

The paradox, to put it as simply as I can, is that on this path of understanding and love called “nonduality” or the wisdom of Advaita, whatever you want to call it (the core or origin of all true religious and spiritual teachings), at the same time that the self is shown to be non-existent, an illusion, we nonetheless get happier as a seeming self. (This is assuming that attitudes of laziness or resignation or depression, as well as mere intellectual adoption of beliefs and so forth, are not mistaken for a non-dual understanding). And, the flip side of that fact is that self-help doesn’t actually work ultimately, in the long run, or in any deep way. Self help is a self-perpetuating game (in more ways than one), a bottomless appetite, driven by the sense of a separate and limited self (“ego” if you will, though that word already implies a person that has an ego…) .

It’s ironic that something as powerful as real wisdom is not sought after, but instead self-help and personal growth instruments for satisfying the un-satisfiable ego are grabbed for no-holds barred with money and energy flowing in vast rivers to giant industries of self-help, New Age and other religions, ego-satisfying therapies, techniques, books, seminars, coaches,  and on and on…

Real growth is shedding layers of illusion until you are naked, shining, non-existing as a person.
True Evolution is de-evolution of mind: an opening, an uncovering.  A Being the center-less center you are.

Yes, why not go for happiness, rather than the endless game of mind?

“He said, ‘O Lord, there are many around the drinking trough, but there is nothing in the cistern.'”
~ The Gospel of Thomas, logion 74

The Paradox of Self Help

The more one tries to serve the self, the small self – a false belief and a feeling – the more it grows. And conversely, the less one is focused on serving or helping a false idea, and instead stop holding it, and are earnestly understanding what is real (via reason and intuition, resulting in insight), the happier one is as a seeming self. The “self” becomes more transparent, less “a thing”, less of concern. It becomes an ephemera no longer worthy of so much focus interest and worry. Life becomes lighter, happier, freer, more loving and harmonious, naturally. No effort (or less effort) is spent supporting, propping up and defending a false sense of self.

Yes, these are the end days.

I am saying that in jest of course.

The Apocalypse Of The Ego

The following quote is what brought up the conversation: a fascinating paragraph on the back cover of the book Commentaries on the Gospel of Thomas: Excerpts from the Marsame talks, Karl Renz which states:

“The Gospel of Thomas, dated 4th century AD, is composed of 114 logia or sayings from Jesus, which reveal the kingdom is already present in each of us contrary to the canonical Gospels which advocate and apocalyptic psychosis in an eschatological context. This is because Gnosis, free from all religions, doesn’t know any spatiotemporal otherworldliness.”

What’s behind the word “apocalypse”? Here is the derivation (etymology):
apocalypse
from Middle English apocalips, from Latin apocalypsis, from Ancient Greek ἀποκάλυψις (apokálupsis, “revelation”), literally meaning “uncovering”, from ἀπό (apó, “after”) and καλύπτω (kalúptō, “I cover”).

So is it time for the “New You”? What will happen to the Old You?

Self-help is helping the ego. And to be clear, by “ego” I am using a common word that contains a misconception: “ego” implies that there is someone who has one, wants to get rid of one, has a big one or a small one, a bad or good one, etc. That is not at all what is meant. Better to say “separate self”, the illusion thereof, or as they say in the East, “ignorance”, meaning ignoring one’s true nature (a non-separate from the totality, universal intelligence, the One Being).

The ego, the belief in a separate self, doesn’t really end per se, it is simply recognized that it never existed in the first place, and there are residual patterns of responding that are automatic, like a robot of mind-body, that are gradually or suddenly let go of, consciously or “unconsciously” as it were, meaning naturally and noticed after-the-fact, like shedding old skin. A greater clarity and openness is experienced, less of a sense of the existence being any real borders anywhere, any inside and outside in realty.

(And anyway, as far as the “end times”, how can time have an end: as long as there is the spatiotemporal dimension, there will be more of it. Where are the boundaries?)

And, just to be clear, I am not against self-help or personal growth. I am merely enjoying pointing out that they can’t, and don’t, work, prima facie, as conceived.

We are faced with a deep paradox: the way to really help yourself is to not help yourself. Of course, as writers, coaches, therapists, gurus of various stripes, whatever, we must package what we say or sell in a way that is digestible. Thus, a very successful addiction program a friend runs (that is at bottom a nondual approach), is couched in terms like “mindfulness.”  Another friend, an athlete and coach, living non-duality in physical action, uses the language of Three Principles Psychology (which originated in the non-dual revelations of Sydney Banks in the 70s). This is one what make the concessions to communication needed to help (non-)others.

The Self Help Cruise Ship

Most people come to non-duality and all other spiritual teachings and wisdom traditions on the same boat as the psychological one: the Self Help Cruise Ship. We want to improve something, change something, update, modify, get rid of, replace, solve a problem, achieve, demand, get it under control, defend … what? Or prove something to…. who, for who?

Basically, we want to feel better (even if that’s not the stated goal), we don’t really care about understanding or insight unless it serves a goal. And this goal is for a person (even if it is claimed its to benefit others).

Indeed in the yoga and meditation worlds (and the newly spawning mindfulness culture), the body and mind are the target, and the same assumptions are operating, though fraying at the edges (naturally, as a falsity cannot be maintained forever).

This Self Help Cruise Ship’s destination map may make take the form of: wanting more money, better work, more security, better relationships, better health, better physical appearance, to gain or to lose something…  for example a person will go to a life coach with the idea of setting goals, and want help with finding, setting, achieving goals and outcomes. Let’s say their goal is”financial security”. Setting aside for the moment that there is no such thing as financial security in reality, and that financial freedom is what one really wants (an outward ledge for true freedom to perch on for a time), it is a goal that can never be reached – inner security via outward circumstances – for a person that doesn’t exist.  This is a strange destination indeed.

This is the human comedy in action: an unhappy, neurotic person, who has been madly pursuing goals for years, thinking that going to a life coach and setting bigger or better goals, believing that the future holds happiness: a future that does not exist, with a goal that is not real, for a person that is only a concept, in order to get happiness, unconsciously assumed to lie in an object, a state of affairs, a person, an activity!

Now, I’m not arguing that one should not change one’s circumstances, such as become more financially independent or whatever, or that some situations are more advantageous to the bodymind and one’s unique life path than others. By all means I love to create and change things – but it’s done out of freedom, detachment, playfulness, knowing it’s all a game, when I am seeing in clarity. I’m not attached to the outcome (and again paradoxically, more likely to come about).

The human mind is amazing in its ability to lie and deceive itself. In fact it seems like the mind is (as “ego” or sense of separation) a complex network of lies, a “tissue of lies”, trying to support itself, desperately rebuilding moment to moment, like a spider casting threads in the wind to hold its web together. It sounds exhausting. And it is. Look at all the “stress” and means of “dealing with” stress out there.

There is an agenda operating, an expectation; we want something. There is desire and fear.

For the common man, the average human, The Good is equated with What I Desire. Indeed, confronted with the question, what’s behind that want, they may very well answer “I just want it”. They don’t really want it questioned. And that is to be respected. For most, the path of suffering is how to get beyond it, eventually (or death of the body). That seems to be the default path of the human race. Some luckier ones sense another way, see that suffering is unnecessary as a path (“misery is optional”).

If one is a separate entity, of course there is desire and fear, and a wanting: if you are separate, then you are going to die, to face absolute non-existence (unless you have untenable beliefs like that a “soul” exists after the death of the body, or reincarnation, etc.) and you want to avoid that, the party-pooper at the center of your worries; and, you want to satisfy the desires of the separate self (which has desires and reasons for them in endless supply). The sense of wanting, of lack, of dissatisfaction will go on forever as long as this separate entity, through great effort, is maintained. We want to keep the game going. We may assume there is no other game in town, or other games are too scary or bad. So we must fill the emptiness.

In psychology and therapy worlds as well, at the edges are movements that have their roots in non-duality, but by nature must couch them in psychological terms, lest resistance be roused from the ears, the mind that hears such things. A secular audience in a corporate motivational meetings for example, is not ready to hear anything that smacks of the spiritual or overly philosophical. Likewise, a distraught mother of a teenage boy is not going to be ready for a frontal assault on her belief in existence as a human being, a woman, a mother, etc. But, she may be counseled gently and firmly on what real love is (that it is not self-seeking).

But the reality is, there is so little understanding of, or really interest, in the refined and distilled non-duality teachings that it is a very very tiny audience indeed. 200 proof Truth is tasted by only a rare and mature audience, blessed by grace and courage. Lucky you.