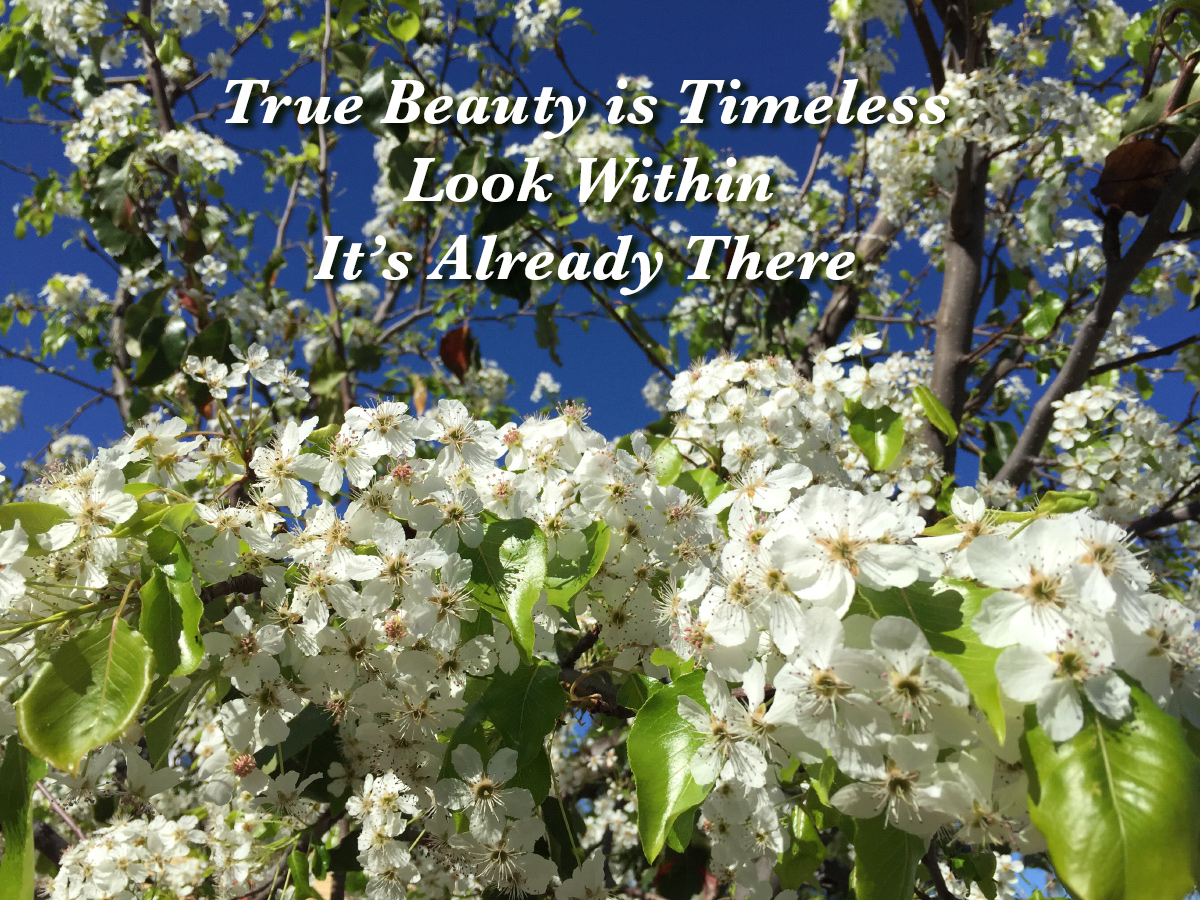 The Dream: A Brief Personal History with The Three Principles

Someone asked me again—this time it was Jamie Smart, via an online message — "sounds like you've been aware of these principles for many years. When/where did you first hear about them?". So here we go, the story, in brief.

In 1997, I was at the tail end of being in therapy with a traditional therapist (psychodynamic, etc.) for about 3 or 4 years. After this psychology "work", and endless study of psychology, philosophy, brain science, techniques, self-help, and on and on, I was at a wall: still not happy with my relationship, my work, or my life. And I was working very hard thinking about myself, and analyzing, and writing, and trying things to make myself feel better, be a better person, have a better life.

One morning I had a remarkable dream. I awoke feeling a peace I hadn't ever remembered feeling. This dream is what set me on the path of learning The Three Principles.

In the dream I learned that peace and happiness are the most natural things in the world. It is who or what we are at the core. It is our nature. It is only our imaginations that get in the way. When we relax and this thinking clears in the moment, our problems do not exist and we can reveal a more beautiful feeling: our innate health and purity of mind. There are no words for it. It exists before the activity of the mind and words.

Here is my journal entry:

8-25-97
The simplicity, clarity, and naturalness of this dream are difficult to convey.
Had a dream where [in the dream] I wrote this in a journal about my dream, made a page in the page:
Sept. 23, 1997 6AM
The purpose of life is enjoyment, (pleasure, fun), happiness.
Amazing that that’s such a radical thing. But it’s true, and it’s crystal clear, and it’s beneficial to others, so much so, to be happy around them, an inspiration.

8-26-97
And in another segment of the dream, this kid was shown or told about his mother having surgery - some scary picture - and then he became all worried and obsessed. So I took this little boy aside, and started asking him in a gentle, happy, excited way, not letting myself get involved in the fear, “Remember that big submarine in the movie and that part where...” and the kid’s mind goes to his imagination of something that he liked that was neat and fascinating, and leaves the morbid, frightening thoughts behind) they had this big room where they were projecting images onto a big screen, and they got all these pictures of all these orange things they could think of - fires and oranges and flowers and...”

So the was dream about our innate peace of mind, and that happiness is the birthright, and the means, rather than a by-product of achievement, and how it's only our imaginations that scare us away from this peaceful state ("thinking" in Three Principles parlance). Shortly after this event, I happened to glance over and see Richard Carlson's book You Can Be Happy No Matter What in a New Thought church bookstore. It jumped out at me somehow from a bookshelf: I had a feeling "Yes! this is it.". I read it eagerly.

Shortly after this, I was in the bookstore at a "New Thought" church (another thing I tried: organized religion). I looked over, and on a shelf a book practically jumped out at me – I was drawn to it like a magnet, and knew immediately it was what I was looking for. The title that drew the attention was "You Can Be Happy No Matter What". The author was Richard Carlson, who I'd never heard of.

Reading the book, I knew this was it, that he was onto something and that it was what the dream had been about. But although Carlson's book was good, it seemed watered down somehow, and I got a slight headache reading it. However I wanted to know what was behind it: he was obviously onto "It", the key I that had revealed itself in the dream. I found a footnote in the back about a single reference: the book Sanity, Insanity and Common Sense: The Groundbreaking New Approach to Happiness by Dr. Rick Suarez, Dr. Roger C. Mills and Darlene Stewart. Fawcett, Columbine, 1987. With some effort, I was able to get a copy of it from a university library.

This book was an early attempt to formulate a type of psychology and a model (a teaching model if you will) from what had been gleaned from being with the "mystic" revelations of a Mr. Sydney Banks (it turns out – this was not revealed in the book, as far as I remember...).

To make a long story short, this field had been spawned from the enormous epiphany, the realization of a man with a very humble background, who had no idea what hit him, then he was "Home". His life – previously one of insecurity, relationship struggle, and general unhappiness – had been so completely transformed by this revelation, that he spontaneously started having talks with people and holding meetings. People at these meetings were getting happy, having loving relationships, and living lives of peace, beauty and harmony – all from hearing this man talk, who didn't make any sense from a rational point of view, with his "mystical" language, his way conveying the oneness of life. Some psychologists got wind of this somehow, and went and visited him... two of them talked with Sydney Banks, and Banks – a Scottish welder living off the West coast of Canada, with a 8th grade education, no spiritual background, no familiarity with psychologist ... were to him  representatives of a filed that was "professional", and a helping one, and therefore a way to "get the message out."

Although it was a rocky start for the psychologists (George Pransky, Roger mMills), since what Banks said shot right to the core of what they were doing and threw it all into question – eventually their egos gave up the ghost (by spurts and degrees) and their lives, and the work they did, was totally changed. They started over as psychologists and with a new a paradigm, founded what has become now knowns as the worldwide movement of
"Three principles Physiology", which turns traditional psychology on its head.

However, being spiritual at it's core, and being taken into a secular world, it was not, and is not, easy going ...

In any case, with that experience, it in turn led me to the Health Realization Institute, getting Sydney Banks tapes from the Psychology of Mind Center in Australia, and even going to a Psychology of Mind conference in 1998. There I  met Roger Mills, Amie Mills, George Pransky. This is turn led to taking a course in another city with Elsie Spittle in 1999. The rest is history as they say... There's much more to the story but I'll put it in a longer article perhaps.

The Three Principles — the spiritual psychology movement based on the insights of the spontaneously realized Sydney Banks, a Canadian welder who went through a total transformation, started helping people completely change their lives from the inside-out, in a totally gentle, loving way without any techniques, just a pointing to truth... were eventually formulated into a teachings model: Universal Mind, Universal Consciousness and Universal Thought — has gone through various permutations over the years. For a while it was called "Psychology of Mind", and "Health Realization". Before there were three principles, there were four:

"As you will note, this set of principles is related to four common denominators or constants that are common to all human beings. These four constants, the basis of what we call the Psychology of Mind, are
1. The capability of each human being to formulate thought and the thought system that each human being has created.
2. The separate reality of individual differences that every unique thought system creates.
3. The capability of human beings to understand the nature of their own psychological functioning.
4. Feelings and emotions as indicators of the quality and direction of human psychological functioning."
~ Sanity, Insanity, and Common Sense, by Rick Suarez, Ph.D. Roger C. Mills, Ph.D., Darlene Stewart, M.S. – pg. 30,

In the early 90's had been seeing a traditional psychotherapist (meaning it was based on psychodynamic, family therapy models) for anxiety, depression, work and relationship stresses (and so forth - I see now it's "unhappiness" and always has one root!), and had gotten frustrated with what seemed to be an endless circular game: we'd go over problems and situations, she would suggest reasons from the past or due to personal psychology, and skills to try. Though occasionally I felt some brief lifting of the heavy feelings, they'd be back again, and I'd go back to spend yet more time and money, and be the same troubled person or feeling the same feelings again. It was a fragile sense of health and being, if any. After expressing this frustration one day, she suggested I look into cognitive behavioral therapy, and mentioned the name Ellis.

I searched and found a book by Albert Ellis on Rational Emotive Therapy. What a revelation that was!: not because of the exercises of working on thoughts (thoughts can hard to know in retrospect or be aware of if unconscious, takes effort to find and undo, and the technique wears out quickly), but because it was the first time I heard that thought creates feeling! What a tremendous, liberating insight! A huge lightbulb went off. Why had she not told me this!? All this money and time spent on therapy and she could have said it years ago.

This was a 180 shift from the "old" psychology, of going into the past, or analyzing relationships, or trying to figure out what's wrong and how to fix it. If thought creates feeling, then happiness is as close as one thought away.

All of this put the lie to the idea that depression was a chemical imbalance in origin (You'll need to take Prozac or some other SSRI or anti-depressant the rest of your life, just as diabetics do, because you have a medical condition), or determined through time, since I released myself from it.

In one sense it doesn't really matter how anyone comes across "the principles". It only matter how good or deep their understanding is Now. Their "pedigree" is their humanness, as George Pransky so beautifully put it. It could be out another way too: your understanding is measured by the peace, love and happiness.