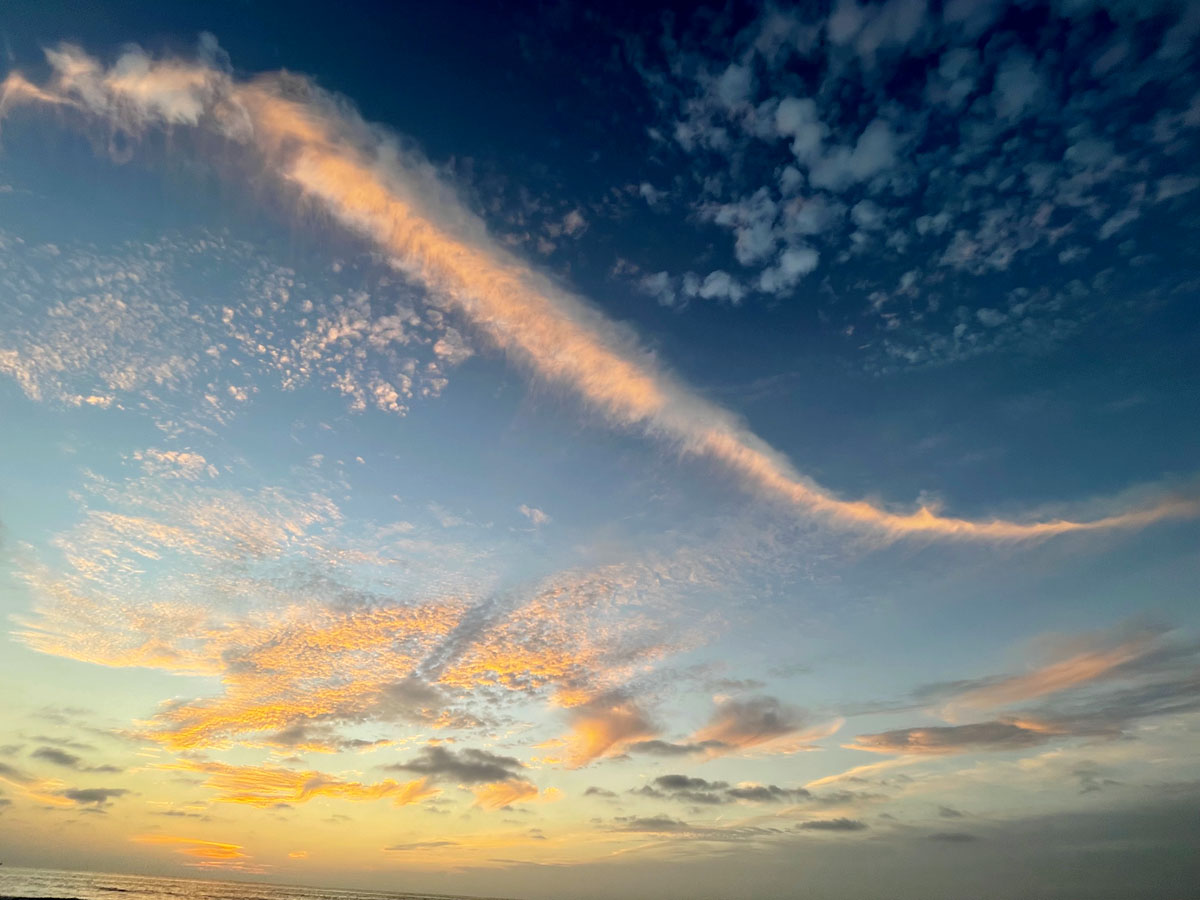 Tag, You’re It: A Poem and a Contemplation of Reality

In my journal, scribbled some reflections, and a little “poem” this morning …

One cannot stand outside reality, one is It.
One cannot know that reality any more than one can see one’s own eye
Except as an image, appearing in mind, looking in a mirror…

What you are seeking is the seeker.

But, one can “know” in a different way: directly, my dear.

This knowing is the “open secret” sages speak of …
It has no parts, is instantaneous, complete.

… then opened “Eternity Now”, by Francis Lucille, totally at random, and the first thing I saw was:

“When we see an object, such as a horse, at the time of seeing, even the
concept of a horse doesn’t come in; even the image, the shape of the
horse as a whole doesn’t come in. The shape as a whole is a
sophisticated mentation that arises after many glances have been
taken in succession, after visual information has been processed bit by
bit.

That is true. The retina doesn’t have horse receptors.

I would even say that the retina at the time of perception is also a
creation of your imagination. There is only awareness, from moment
to moment. If an object is seen from this perspective, then we can say
that this object is real. There is nothing wrong with objects, as long
as we understand their true nature, as long as we understand them to
be mere appearances on a background of awareness. They don’t have
any reality of their own. That is what is meant by non-duality.

So, objects, as we ordinarily take them to be, are completely imaginary. There
are no objects that exist by themselves outside of awareness.

In this regard, there is nothing wrong with the perception. What is
wrong is the misconception that follows: that I was there during the
perception as a person, as the perceiver of this object, and that this
object exists regardless of whether or not it is perceived. This is the
basic error, which we call ignorance. It is not a pejorative term. It
simply qualifies this superimposition of an external world made out
of objects, and of a concomitant subject as the perceiver of that world.
Ignorance refers to this division into two elements, which is the
origin of all diversity.

Ignorance, in fact, refers to duality.

That there is only one reality is made evident in the fact that we are communicating – not just data or sensory stuff to minds, but understanding.

But what is the one reality made of? Is it material stuff that allows us to say the same thing, agree on something? In other words is it the result of there being an external world, in the sense of an independent reality, a separate existence out there?

Physicists, if given the resources, would build particle accelerators the size of a continent in order to try and find a yet smaller particle – which they will admit is really a form of energy (and try and define “energy”!) – which is describable by theories and equations and only seen in how it seems to behave on an instrument, a computer screen (if at all – some are purely mathematical theories, such as superstrings), in relation to other “particles”. And if one were able to look at even the most dense matter, up close, close enough to see the particles, the atoms and their components, the particles are vast, vast distances apart, and again are not really particles. We seem to be made of basically a vacuum, with vibrations dancing in it. And all of that – where does it ultimately appear? In our experience, in awareness.

You could say, “well, awareness appears in the body”.
But how do you know? What is the evidence for that? Doesn’t the evidence itself also appear in awareness, including the thought about it – any of the thoughts or images or beliefs or anything else appear here, in this awareness, this presence, now, whatever this is? One has to imagine and conceptualize, and bring up a memory, and spin a theory like:

OK, when this body is asleep, it has no awareness.
But this is imagined from the outside, or imagined as being non-aware. From the outside though, it is impossible to tell if there is awareness – all one can see is movement, or behavior, or not. The body may blink its eyes, sit up, or make a sound or gesture, and we assume that it is aware. But what sort of behavior makes it “aware”? A robot could make the exact same movements, or a very dumb animal, or a zombie, or a cartoon, or a sleepwalker, or a person in a coma having unconscious behavior, and so on… And a computer could make the same sounds (sex robots can make “loving” sounds!). So from the outside, why not call it evidence of some kind of “sentience” rather than “awareness” (which would be a mistake, strictly speaking)?

Nothing To Hang Onto

Therefore, since you don’t know, you are open to the possibility that awareness never goes away, is universal – beyond time and space, indivisible. That is all: a possibility. Stop saying or thinking it’s impossible, when the fact is you don’t know. So simple. The starting point…

If one were in a deep sleep state without any dreams or just disconnected, occasional wisps of images or thoughts, nothing to connect it, nothing to remember, or if you were in an awake and pure conscious state with no content, no images, sounds, feelings, sensations, perceptions – what would you carry into “normal” awareness? Only perhaps a memory of a light, or a blank state, or a perfume of bliss, if that.

What Is A Mind

And what is a mind, or the mind? We could say it’s everything appearing in your experience other than pure awareness. Otherwise how would you know of an object or an experience unless it had some form in your mind: a perception, a sensation, a thought? The ultimate perceiver of all this in not known as an object, since it would have to appear as one to be in mind … and so again, you are It!

The mind is not an entity, it is an activity and a concept. Nothing more, nothing less … actually a lot less: exactly no thing! Just awareness, when you get right down to it … after all, all formations of mind appear in and of what you Are. 🙂

This is Your World.