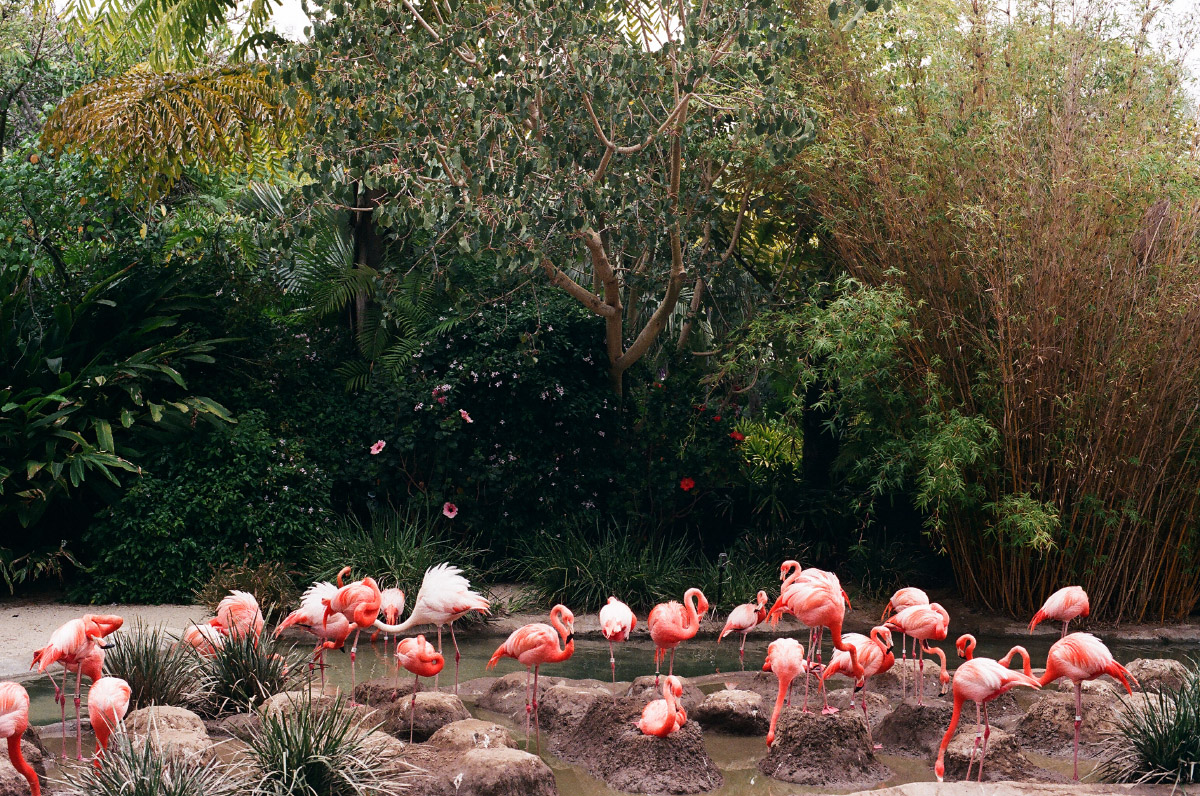 Suicide and The Cosmic Simulacrum

Simulacrum
1. An image or representation of someone or something.
‘a small-scale simulacrum of a skyscraper’

1.1 An unsatisfactory imitation or substitute.
‘a bland simulacrum of American soul music’

Last night I learned of the 4th friend or acquaintance to commit suicide. Not to mention the list of celebrities.

This can be sad and tragic for the families and friends. I always wish that I could have said more to the friend or acquaintance, but of course the past is out of our hands.

What can be seen from this phenomenon?

I always see a pattern. It has to do with our basic outlook on life: what we think life is.

The first of them was a young woman in her 30s, a self-employed digital marketer and web developer, extremely intelligent and creative. I did some freelance work for her, and went out to lunch with and talked with her (or tried to) as a friend. She was caught up in time: time pressure, comparing herself to others, and competitiveness. She seemed to feel measured up or didn’t. She could not relax. I tried to get her interested in yoga or just doing something fun, and invited here, for example, to see a movie with me and a friend. She always had the same response: I don’t have time!! (she told me money was not a problem). It was self-created pressure, from how she was thinking about life.

Later, I heard some news about some neighbors who had become friends: a “hippie” couple in their early 60s, a freelance attorney by day and rock-and-roll drummer by night, and a housewife into gardening and her dogs. I perceived they saw one’s their lifestyle as the source of happiness: squeezing happiness from things, circumstances, or substances. The couple killed themselves together on camping trip in the mountains (a few years after I’d moved away): a suicide pact, well-planned in advance. All their friends were shocked, as they saw no warning. From our conversations, and what I gathered from friends of theirs, they had some losses from their lifestyle: a series of dogs died and they were experiencing some health problems. I also gathered from personal conversation when we were neighbors that they assumed reality was material, didn’t like religion or spirituality, and their happiness came from the health of the body, or rather was predicated on their body and the health of the body, and of their dogs they loved (their only family as it were). So they perceived losses as being related to where their happiness was coming from. When I ran into them later, after I’d moved, I noticed there was an undercurrent of fear and cynicism, a sense of drama beneath the surface friendliness and free-wheeling attitude.

Another, the latest, an acquaintance from my meditation group, a very intelligent man in his 30s, a self-employed programmer and long term yogi, widely traveled and supposedly poised to do spiritual teachings (an interesting contrast), was very serious in attitude. He appeared to be very concerned with the suffering in the world. I learned from a friend also, that sadly, he was also very preoccupied with his own psychological suffering. One’s personal misery and concern with the state of the world, as I see it, cannot be separated from what one assumes to be the cause of it’s conditions and one’s reaching for the key to freedom: if the cause is illusory and you reach within that mirage for the door, then your solution will never yield the fruit you desire.
In addition I perceived he had a sense of being somehow above it and able to know what the problem of the world was, and by and large he thought is was the capitalist political-economic-social system. Commendably, he wanted to bring balance to the world, yet could not seem to find it in himself.

Here I see a very common human practice: a habit of evaluation and judgement, of the world, of oneself and others (world & self & others) and a high regard for one’s personal opinions and beliefs. Are they really so precious such that their possible demise needs to be defended against at all costs?

But more essentially, who are these others and self and world? What is it made from? Where did it come from: are you going to believe what you were told or what someone said, that it came from a Big Bang, in time, a material process, and that is the end of the story, that science has, or even could have in theory, the final answer about ultimate question of who and what you are? Is it really believable that consciousness somehow emerged, local to brains, from what we call “matter”. Does anyone really even know what matter is? As far as we can tell it’s space with vibrations in it, a perfect dance of.. what? What we know of that dance is from math – math that came with a pre-existing harmony with a universe somehow – we can know from a mind we do not know the ultimate nature of in the first place. Mystery within mystery. Do we have to give it a name? Call it formless.

The current scientific dogma (or religion) is that consciousness arises from brains. A typical news article:

“…Consciousness is truly mysterious. It is the essence of you – the redness of red, the feeling of being in love, the sensation of pain and all the rest of your subjective experiences, conjured up somehow by your brain.” – from “Consciousness: How we’re solving a mystery bigger than our minds“, New Scientist magazine, FEATURE 20 June 2018, by Per Snaprud

Can science tell you what beauty is, what love is, and what truth is? Are you going to believe such a story, a made-up theory, so small as to be comic before the vastness of silence?

It’s a big mistake – or should I say a basic misperception, since ultimately there are no mistakes – to take the world and oneself seriously. A mistake to feel sorry for oneself. It’s a fundamental error thinking one knows better how the universe should be according to you.

Do you think you can take over the universe and improve it?
I do not believe it can be done.

But who or what is this self, this “I” that wants to change things, this “I” who is supposedly, presumed or assumed to be, a persistent, self-existing (independent), bounded entity? Who has the problem, who or what created the world & self & others?

No he wasn’t attached to misery (as one fellow meditation friend claimed), he was attached to what was at the root of his misery: to who he thought he was, and therefore creating an idea of others and world.

No, it wasn’t because his family origins, or that he wasn’t “connected” with them. Psychology is not a solution nor an illuminator of cause. We must go beyond cause and effect.

If one takes seriously the possibility that there is universal consciousness, that the body is an appearance in it and not self-existent, then killing the body is not a solution. It merely perpetuates or changes the form of the currently appearing issue. In other words he was seeing it as an object problem.

But what if there are no objects (in reality)? What if this were a cosmic simulacrum?
It’s probably no accident that I watched this episode last night (nothing is random and serendipity abounds when allowed to be seen):
Existential Crisis: Black Mirror Pushes A Philosophical Hypothesis, Popularized By Elon Musk And Physicists

In this episode about a near future, a series of co-workers are placed inside a frustrated and repressed CTO’s computer game simulation, via stealing a sample of their DNA and scanning it. The simulations come alive, are sentient, inside his game world along with the creator’s character (captain of the starship they are all on). They want to escape, but cannot. They cannot even commit suicide, because they are all under the control of the revengeful techie. At the end they finally find a clever escape and get their comeuppance.

The we-are-a-simulation-in-someone-elses-computer game hypothesis veils what is more likely (and has been pointed to by sages for millennia): there isn’t a separate simulator: you are merely caught up (identifying) with your own simulation, the mind-projected self/others/world (and time and space). You are in fact the simulator and the simulated at the same time…

Therefore there is no escape from Reality.

But why would you want to escape, if what you are is causeless happiness: eternal, imperturbable, beyond space and time, absolutely free, not subject to cause and effect? We only pretend we are not happy. As hard to accept as that may be to many, I believe it is the truth.

I have glimpsed this causeless unbounded, unlimited free range happiness more than once, but am not yet living in it full time. But “I” will get there eventually, because it is who I am, already, if only the filters of thinking, the habits, the practice of self-ing, were to stop being held onto, repeated with memory and thinking. We all get there one way or another. It’s just a matter of time. Or rather, the timeless unfolding within the seeming boundaries of space and time: the infinite potential that manifests as you and I and all phenomenon, if you allow it. What are your real limits? How much love are you capable of? How much beauty can you experience? How much truth is there to be seen? Why are you here? Freedom is what we are made of. It’s a case of mistaken identity.

If you could only wake up and realize it. It’s that simple.

But this is one stubborn and incredibly detailed and compelling dream. One in which we are addicted to being a human, to being a person.
But the answer is not to try and kill one’s avatar, because it’s the nature of the game to have avatars and a world they play in. There will always be avatars in this eternal-now playing in the infinity matrix. Rather, see who is running the show.

In this I know I may be misunderstood, and a lot of assumptions and ideas and opinions and conclusions and knowledge will come into play for many readers, but I’m telling you it needs to be taken seriously: that there is, and what you are, is not what you think there is or what you are. It needs to be taken seriously that there is what we could call for lack of any adequate term for everyone for all time, Consciousness. Language is deceptive because it’s built to point to objects in consciousness (and processes in time, for bodies, selves, persons…), but in what do the objects appear? Could it be it’s not an object but the subject of all objects, and that the objects are made of this? Is it possible? Can you entertain that? At least for a moment in your busy days, with all it’s objects to attend to and evaluations going on? Yes, with all it’s seriousness about these objects and oneself and others? Is it possible you are taking the wrong things seriously? It may sound idealistic or “out there” but What If it were true – don’t wait until you are 70 years old and worried about dying, or near suicide, or recovering from a suicide attempt, or are a drug addict, or have lost one or more loved ones, or are in some other crisis like a financial or health one, to ponder these things. The time is now. Always now.