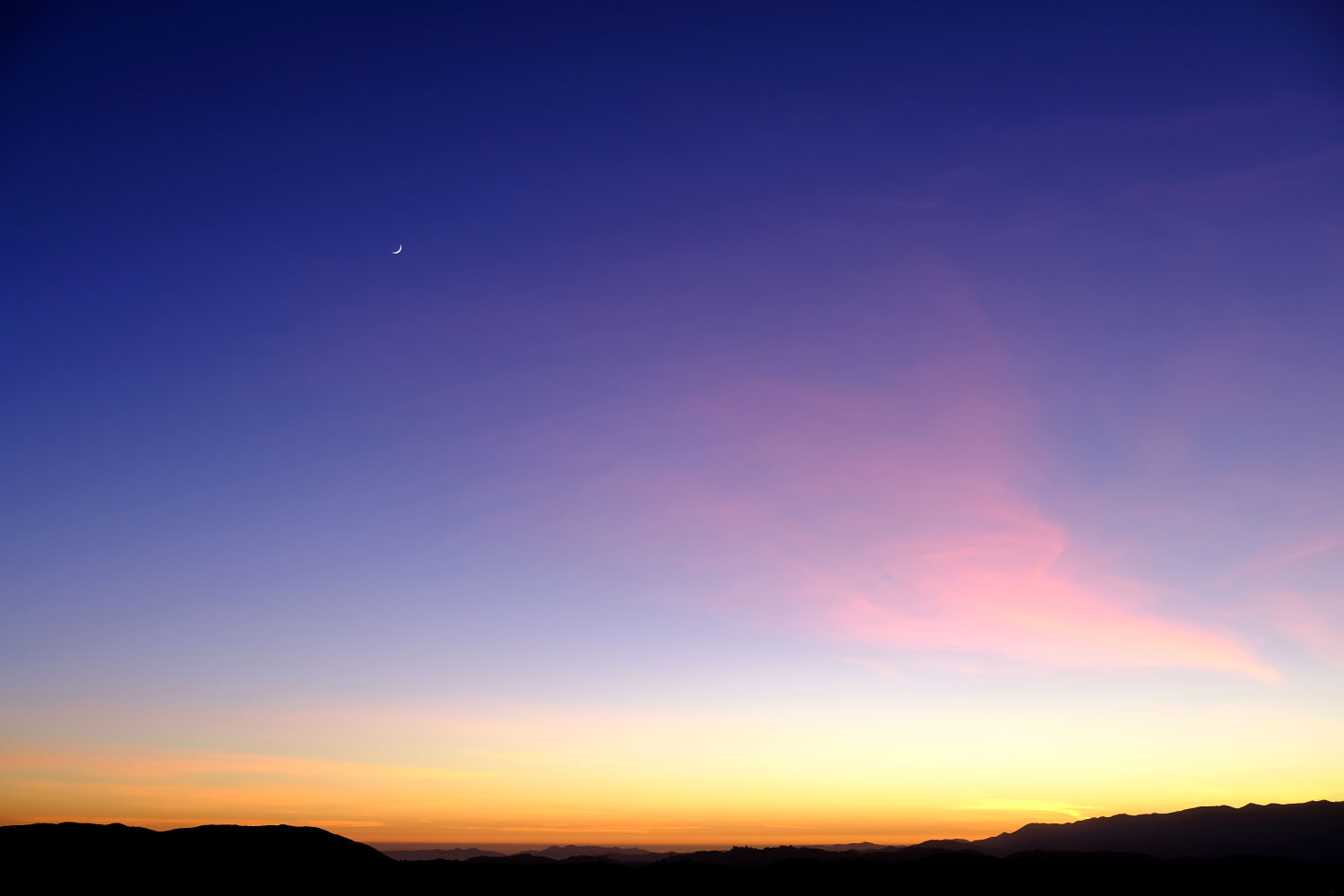 The Simplicity of Truth: A User Guide

One of interesting things about what we call spiritual truth, is how once you see a truth, how self-evident, obvious and simple it seems. “Duh, why didn’t I see it before?” You can then not not see it. And it can be puzzling why others don’t see it when you point out the seemingly obvious to them. Why is this?

The simple answer is that the mind loves complexity.

The ultimate simplicity is the One that you Are, and all lesser simplicities are a reflection of that. Truth is simple (but not always easy).

(20) The disciples said to Jesus, “Tell us what the kingdom of heaven is like.”
He said to them, “It is like a mustard seed. It is the smallest of all seeds. But when it falls on tilled soil, it produces a great plant and becomes a shelter for birds of the sky.” – The Gospel of Thomas

Here’s where analogies or metaphors are useful: they use images to help the mind orient to an entire situation. At some point that image can help one have an insight. So for this situation let’s use the analogy of a mountain. Let’s say you are hiking up a mountain on a new planet. No one has ever been on this planet before, so no one knows what’s up on the higher slopes. But you’ve hiked up ahead of the rest of the party. You’ve seen new sights. But then you want to walk back down to refill your supplies, to check on your friends. You hike back down, and naturally they ask you about where you’ve been and what have you seen? You tell them of the wonders and try to explain the amazing, incredible beauty of a sparkling emerald forest and the moving, glowing trees that talk to each other, and the astounding beauty, but they don’t believe you, think you’ve made it up, or even if they believe you, you know they don’t really have a sense of what you’ve seen. They say, oh, it’s like the forest I saw in Maui, I know what that’s like!” and you say “No! It’s nothing like that, it’s a whole new thing, like you’ve never seen!”
How can you explain it?

You realize they just need to see it for themselves. You see there are two options: do you just keep quiet, or do you try and inspire them to see it? You love them so you point them in that direction, knowing that they have to have the motivation to get up and move their feet and walk up the slope. You can’t do that for them.

Of course, a mountain with levels is just a metaphor, and does not imply any judgement of superiority and inferiority; but it does help capture the idea that one sees more at higher “levels”. Here’s another metaphor that’s commonly used helps too: a keyhole, or the aperture of a lens. Normally, most of us are looking at reality through a keyhole, a tiny aperture. Our minds only allow us to see a tiny slice of reality. We are busy with a focus on a small portion, a small view on the totality. The mind is like the iris of a camera, allowing a certain amount of light in. When you open the attention, open the lens’s iris up, it takes in more of the scene, and suddenly a bigger context is understood. We’ve all had the experience of the “Aha!” reaction when a problem suddenly becomes clear to us, or a clear path of action pops into our head. We know what to do. It can come as a very quiet insight – perhaps we were wondering what to do, what to say to a friend who asked for help with a personal problem, and like the proverbial little bird whispering in our ear, it becomes suddenly and quietly obvious, self-evident.

Spiritual truth is like that. Since it has to do with what is already the case, what is always true, there is a sense of obviousness about it, a sense of humility before a great mountain compared to which our tiny bodies stand. But in this case it is our tiny minds, our comprehension of truth which is limited by the human mind. The mind however, is not consciousness: it’s just a word, a concept for thoughts, sensations and perceptions that appear in consciousness. It’s tempting to say that we are like babies with blank minds, but the truth is, we are in reality quite mindless.

This is where images break down: we cannot use the mind to picture consciousness. Since consciousness is the context, the playground, or the screen – pick your metaphor – in which all content appears; since it is the “Perceiver in Chief” reading these words and perceiving images, then it is that which is doing the seeing, ultimately, and not any object that appears in it (object meaning content of the mind: sensation, perception, thoughts). Another way to say this very difficult to grasp notion is that consciousness is “non-objective”. You can follow a perception, a thought or a sensation all the way back and never find a thing at its source, only an observer, this observer, now, always present. This simple truth is what countless books have been written and spoken about (Zen and Advaita writers, mystics, etc.), and ironically its simplicity is what makes it so hard to see.

It doesn’t help that seemingly scary words to the ego like “emptiness” (it can feel like that) or “nothingness” have been used. Thoughts of crazy nihilists and ascetic monks in huts, denying the pleasures of the world come to mind. Words and language break down when trying to describe Being-ness that is both that in which everything appears and yet a no-thing in itself. But we carry on, shooting arrows into the sky… (Is it any help to point out that non-being is a logical impossibility, since the notion is appearing to Being? Apparently not! Perhaps so many are heavily invested in the idea of death and drama. Fear must have a purchase in this investment. But why stop there and concern ourselves with how far so-called “others” are doing in their hike up the mountain, or become complacent with our current view. We recognize how far our feet have brought us, feel grateful for a better view, inspiring us to hike farther, and point ourselves bravely upwards).

Furthermore, to this writer, it also is self-evident that it must be the case that if there is no object “back here” (nowhere) perceiving, then there is by implication no object “out there” being perceived. And in this dissolving, clearly both the supposedly objective and subjective, observer and observed, are being two sides of the same non-existent coin! In any case we won’t go further here… hopefully you get a glimpse of what’s suggested. The point is, this direct knowing can’t be grasped by the mind. It’s simply an experienced given, and what is self-evident is also inherently simple and without form.

One of the apparent obstacles is that the human mind seems to love complexity. Think of an engineer and his toy, a complicated computer he’s made. He doesn’t want to give up his toy: this is understandable. Or think of an artist with a complex tapestry she’s made – an intricate weave they’ve worked on for years. There is an attachment to these creations. But built in to this is also boredom: the mind will naturally tire of playing with the same thing, will want to turn to something else, then get bored with the new thing, and either go back to the old one and try and get some fun from it, maybe add more complexity, or find a new toy. This cycle goes on endlessly.

The way to end the cycle is to find the source of the happiness that was projected onto the toys.

This also explains why oddly enough, we love problems. On the surface it doesn’t seem to make any sense to say someone likes problems, but if you observe it will become apparent that we are very attached and don’t want to be separated from our problems, will argue for them. A depressed person for example, just “won’t see reason” and will fight you tooth and nail for the truth of their situation, even though their friends see a brighter view. So what are they giving up if they give up the problem, the complexity? To them it feels like they are giving up who they are, their identity, their reality; they cling to a cherished sense of who they are, like a snake holding onto old skin that’s been comfortable for years. It chaffs, but what else do they know as this well-worn, smelly old blanket?

It’s a funny thing that happiness would appear unsafe to the mind. Why is this? Because it means more freedom, it inherently is more free and open, and like a small animal peeking from a burrow at a big world out there, it instinctively wants to retreat to it’s safe and familiar burrow. It’s a funny thing that peace would be threatening, would appear as a menace somehow.

Think of it like learning to ride a bike; or rather, unlearning, forgetting that it’s unsafe to ride a bike. As you see that you can go farther and farther, you forget your fear that you were going to fall: you learn to trust the stability of the bike and enjoy more and more the ability to move swiftly and feel the world flying past and the wind in your face. It’s much more direct and fun than walking. So it is with truth. One learns to trust that indeed there is true safety, that the universe is not out to get you, and that a tense and contracted self doesn’t actually work well in the long run. You learn to surf reality instead of forcing your way through, like a man with a pick axe trying to make headway on icy ground, or a jungle explorer having to chop his way through thick entangled vegetation. The ice will melt and the jungle will clear on it’s own accord, once the possibility is realized it’s not a separate icy, solid world, and not a scary jungle attacking a fragile tiny body.

All these images are to help turn the imagination towards “higher” possibilities. They are higher yet they were already there, under your feet, the whole time. It can be hard to image that there’s nothing wrong, when there appears to be some thing wrong. But that is the whole point: it is only appearance. What “you” is, is stronger higher and freer than what appears to a small, frightened mind. If you can see it…