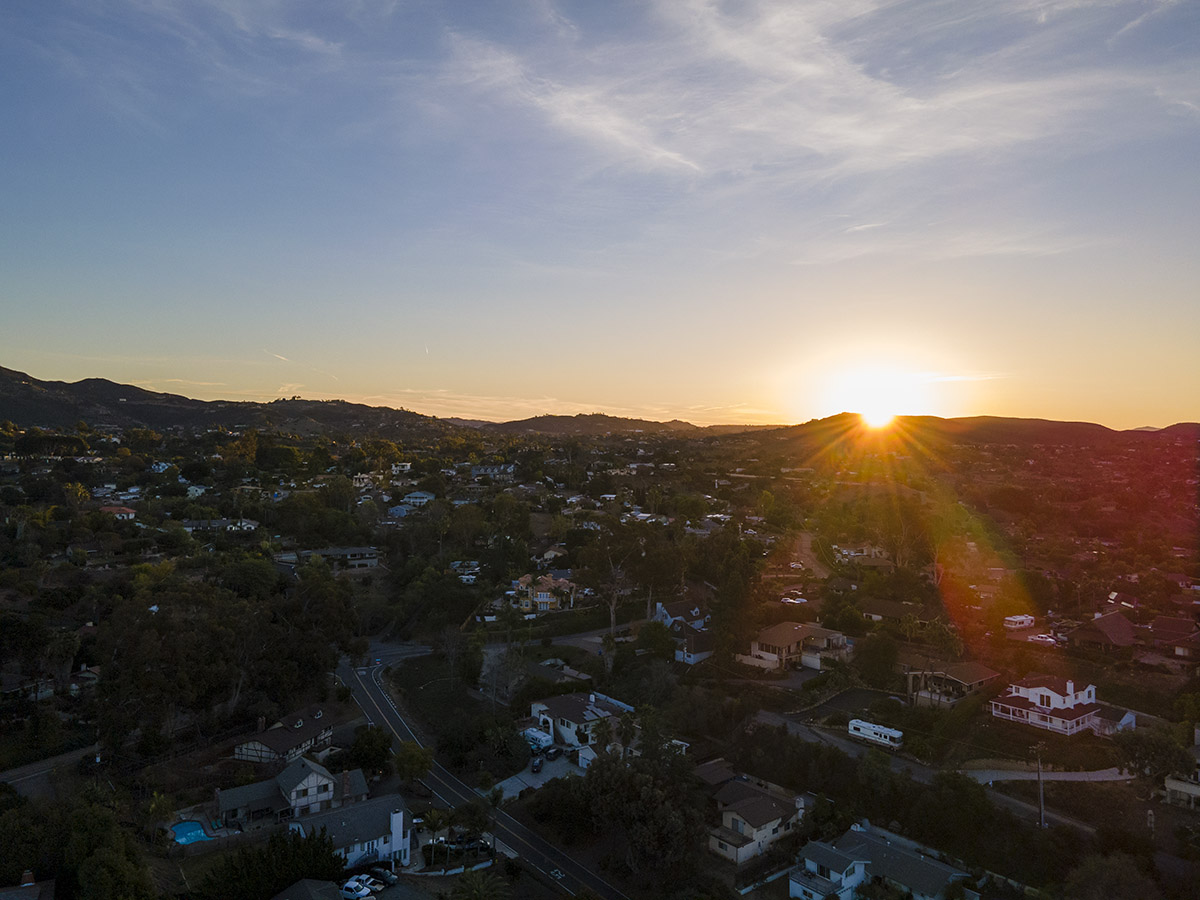 A Question of Sentience: What is Conscious and Awake?

There is a different use of the word “sentient” than in the culture at large, one that clarifies an important distinction between consciousness and the outward behavior of a bodymind. The question comes up, what is the status of consciousness in different states, such as sleeping, or deep sleep, in dreaming, or under anesthesia?  An important distinction can be made between the experience itself of different states from the point of view of awareness, as distinct from what is seen as a certain kind of responsiveness  from the outside. When we are talking about consciousness (synonymous with “awareness”) we are talking about the direct experience in the now – “the reality that is hearing these words right now”. When we are talking about a body and mind going through states as seen by an outside observer, then the word “sentience” is useful.

If one is aware of different states such as waking, dreaming, and deep sleep (even when there’s not a memory available of the mental contents of deep sleep) then something must be aware of such a state of affairs. In other words, there’s a constant reality in contrast to the changes occurring in experience. According to our training, our programming from the culture, the constant reality is the body (this is the automatic reaction of thought, if you are of that disposition to believe that “reality” equals matter, stuff, things, bits of appearances, concepts of matter). But notice that to hold that belief, you are switching from the view of first-hand experience, to a view from the outside. It is a concept of a body, an image in mind, an appearance, as seen from the outside of a body sleeping. But if we are asking about awareness, consciousness, we are not asking about bodies, or the assumption or belief one has, but to facts of experience. Thus it is useful to distinguish the concept “sentience” from the word “conscious”.

Some people may claim there is no awareness in deep sleep or under anesthesia. But think about this carefully and slowly: you cannot have an experience of no-experience, because that is an experience.

“Being is, and non-being is not” to paraphrase Parmenides.

By contrast in the culture, the word “sentient” is confused with consciousness, because consciousness is considered to be mind-like. For example, in a science fiction movie, a robot is said to be “sentient”, meaning conscious, when it starts experiencing dreams and feelings, at least according to an outside observer of its behavior (including talking). Or, the robots run some new kind of computer programs that makes it “wake up” into consciousness. In AI and cognitive science research, and the high tech world in general, real intelligence is assumed to be mind-like and a quality or emergent property of the right hardware + software + training. As you can see in those scenarios, consciousness is assumed to be mind-like, which is a fundamental misunderstanding (and it can be useful to familiarize oneself  with John Searle’s Chinese room thought experiment that shows that meaning and understanding are not just symbolic constructs).

Now, someone asked me the other day, probably in the context of awareness during sleep (we’d been discussing lucid dreaming), given this definition of sentient that I brought up, could a robot be sentient? I hesitated, and said “yes”. I hesitated, not only because of the sort of flavor the word “sentient” has (and the questioner was a retired psychiatrist) — but also because the concept of sentience seems to imply something beyond a mechanical, computational processing of perceptual data or symbol representations, no matter how sophisticated or coherently synchronized by the processing machinery (biological or man-made).  In addition, there was also the nagging question in the back of my mind: what is actually required for a sentient bodymind to be an instrument of consciousness?

What I mean by instrument of consciousness is this. Since it makes no sense to consider bodies or minds to be conscious – after all a thought cannot think and a perception cannot perceive, and a sensation cannot sense (for one thing) – and as it becomes more clear that awareness is not generated by a body or arises from parts of a body and mind machine, but is eternally pre-existing here and now – then it’s obvious that we had it all backwards: consciousness doesn’t appear in bodies, bodies appear in consciousness. For “body” you can substitute any object: mind, person, man, woman, brain, etc.  So as speakers, talkers, actors, artists, humans, parents, workers, freedom lovers, understanders — whatever we see ourselves doing — we are acting as instruments of what Is, that is what we call “Consciousness” or “Life” or “God” (if you’re religious or feeling dualistic), as instruments of creativity, beauty, truth… sparks of the “divine”. We don’t really own this body or mind or anything in experience, We are It, in which it all appears, comes and goes.

I feel very reluctant to grant the possibility to machines of being instruments of Consciousness, whereas obviously biological robots like humans (like myself) can be, since I am, and other humans apparently are.

There is obviously no central perceiver or doer in the human bodymind where “the buck stops” since that would be an infinite regress: where is the perceiver of the perceptions, or the ultimate cause of a decision? If you trace them back, trying to find who or what is observing the screen where all the perceptions come together, and then ask, for that perceiver, is there also another screen inside them, and an observer of that screen, and so on? This will go on forever: you can’t find the ultimate perceiver as an object. Likewise if you try and trace back the chains of cause and effect of what caused a decision, it’s an infinite regress to the Big Bang… and what caused the Big Bang? (It does not matter what theories you’ve heard about the Big bang or time or space, etc: just think about it logically).

In time and space there is no freedom, there is only cause and effect. Thus both biological and robotic bodyminds are bound by nature and nurture at every moment.

However, we know deep inside, that what we are is free. So wherein is this freedom? As we have seen, it can’t be in the body or the mind, since such systems are ruled by cause and effect, natural laws, time and space, culture and conditioning. We’ve all had moments of creativity, of insight, of the experience of love, beauty, truth and insight. We’ve had moments of understanding where we know something for certain, in the sudden light of understanding. These are not functions of the robot – these are not simulations, these are not things seen from the outside, these are direct, immediate, self-evident, and natural.

On the other hand, observed from the outside, the behavior of a machine can fool us into thinking it is exhibiting consciousness or understanding of meaning. A very good simulation of linguistic behavior will fool many of the people much of the time, depending on their willingness, faith, belief and understanding. So as the simulation of outward behavior that looks or sounds conscious reaches closer and closer to the asymptote (never 100%), how does one know from the outside that a body one observes is an instrument of consciousness, and not just a very good simulation? We humans have a tendency to project all kinds of qualities, as well as our feelings, onto objects. Look at how a person will feel that a therapist computer program seems to answer their questions or comfort them, or how a child will become bonded to a doll.

This has ethical and social questions and implications obviously for how we treat robots in the future, as well as animals now. If they are both sentient, is it right to kill them or treat them cruelly, in ways that makes them suffer (or seem to suffer: act in ways that look and sound like what we call suffering in humans that can talk to us).

A related question is, how does one develop real empathy, and is it different from compassion?

To see more clearly what is meant by empathy, consider how, for example, a sociopath with no love can have empathy, in the sense of understanding where another is coming from such as to manipulate them, though they have no love. So you add love to empathy and we have compassion. What is the basis of compassion, in the model of reality that is based in consciousness? It is knowing the awareness in me is the same awareness in fact as in “the other”: that there is no real separation, though there appears to be to the mind (the conditioned perception).

On the flip side psychologically, the case of an Aspergers person (on the autistic spectrum) one can have love without empathy – in other words they have a hard time understanding where another is coming from, which impedes communication and socialization, yet they can have love, especially for inanimate objects. Is this a neurological difference, as some have suggested? I don’t know, but it highlights some of the fascinating facets in human experience, of how and when we connect, love, communicate, understand, and enjoy life as sentient, conscious beings in a world…