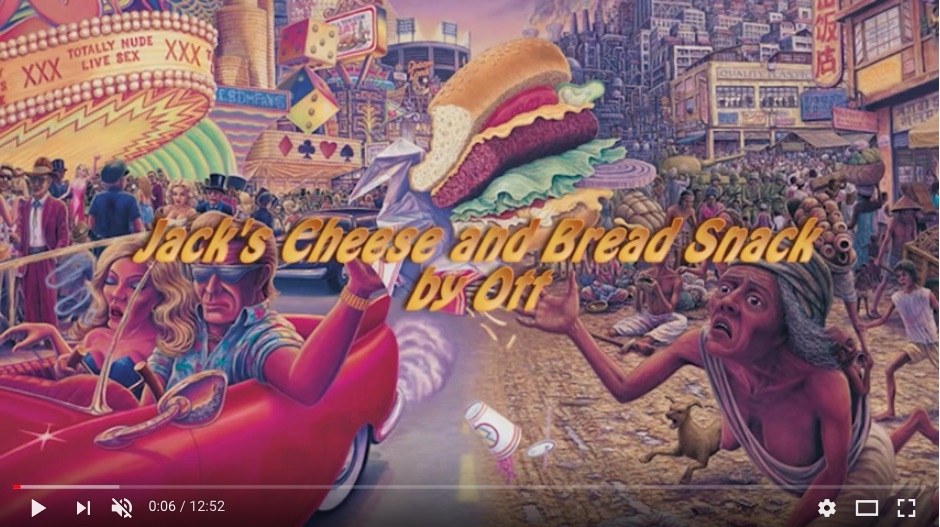 I first heard this song about ten years ago, and loved it, and was intrigued by the lyrics.

One: All composite phenomena are impermanent.
Two: All contaminated things and events are unsatisfactory.
Three: All phenomena are empty and selfless.
And four: Nirvana is true peace.

The Four Seals of Buddhism

I can now take a shot at saying what they mean, from experience. First though, I'll mention that intellectually: it's called "Dependent Origination" in Buddhism, and the list of four is called the "Four Seals of Buddhism" or "Four Dharma Seals".

What is the experience of "emptiness" this points to like? That's very difficult or impossible to describe, since that "emptiness " is not an object, and language and the mind are meant for objectification, are "children of time and space". But I can talk about dependent origination, to the best of my ability (disclaimer: I am not a scholar on Buddhism or any other religion, nor am I interested in religion other than the "mystical" heart of them that spawned original revelations, and the psychological and social phenomenon spawned by belief outwardly).

One: All composite phenomena are impermanent

Considering separation and oneness: if a phenomenon, an appearance, which is what an object is composed of, must in order to be perceived as a thing in consciousness (what there is, and what all phenomenon appear within), have some sort of border, boundary, or seeming separateness from other things, then it is part of the world of change — you need time and space to have objects, and a self, and movement — then by nature it will come and go. Anything that is born dies; any perception, sensation, or thought arises then goes away; the only thing that does not change is the totality, which cannot be perceived as an object, because it isn’t — and intuitively it must the same as what is reading these words: the one perceiver.

So in short, “composite”, “phenomenon” and “impermanent” all imply each other: so clearly see all what changes and thus is illusory and you will have a glimpse of That which is eternal.

Two: All contaminated things and events are unsatisfactory.

By “contaminated” here means the experience of fear and desire: reactions, unconsciousness, which if acted on, by nature leads to suffering. A reaction is a repeated and automatic tendency (karma: cause and effect) via mind-body patterns of activity. We can use some metaphors to try and point to what is going on. Pure consciousness is “contaminated” in the sense of obscured or filtered: the waters are muddied by personal thinking, a filter of mental activity or vibration coming from separateness. This sense of separation wants to complete itself, but blindly, through objects which it either longs for (desires), or avoids (fears), thinking they are outside itself. And, death as absolute disappearance (non-existence) is implied as a possibility in separateness. All this disturbance is suffering appearing as not-peace, and is unsatisfactory.

In a practical sense or example, one can achieve a lot, be ambitious, but create a lot of wreckage in the process through desire and fear: the separation-driven activity, which creates stress, suffering, and disharmony. Actions coming from the personal level, such inappropriate competitiveness, anger, driven-ness, are unconscious. They are the stupidity of learned or clever reactions rather than natural intelligence; but in action through non-attachment the "sage" achieves without doing (wu wei); life is lived through him, not by him.

Three: All phenomena are empty and selfless

Let's define "phenomena" as the content of experience, as contrasted with what is experiencing them. For the sake of understanding, let's call that which is aware of experiencing anything at all "consciousness". Given that self and other arise together in consciousness — after al how can there be one without the other — it would just be One, then the separate or personal self is a phenomenon like any other, composed of passing, illusory sensations, perception, and thoughts. In other words, a concept, the “I” thought. So just as this self does not actually exist in any real and substantial sense, so by implication are all others, all of what was considered to be "out there": as such all phenomenon are as non-existing in-themselves as this self, ultimately. That is, absolutely, all phenomenon do not exist in themselves but as the ultimate witnessing Self-perceiving, which is universal. That unknowable “this-ness” is empty as far as being objective.

And four: Nirvana is true peace

Is True Happiness really any different from True Peace?
What is real, is what is permanent, is unchanging, not admitting of division.