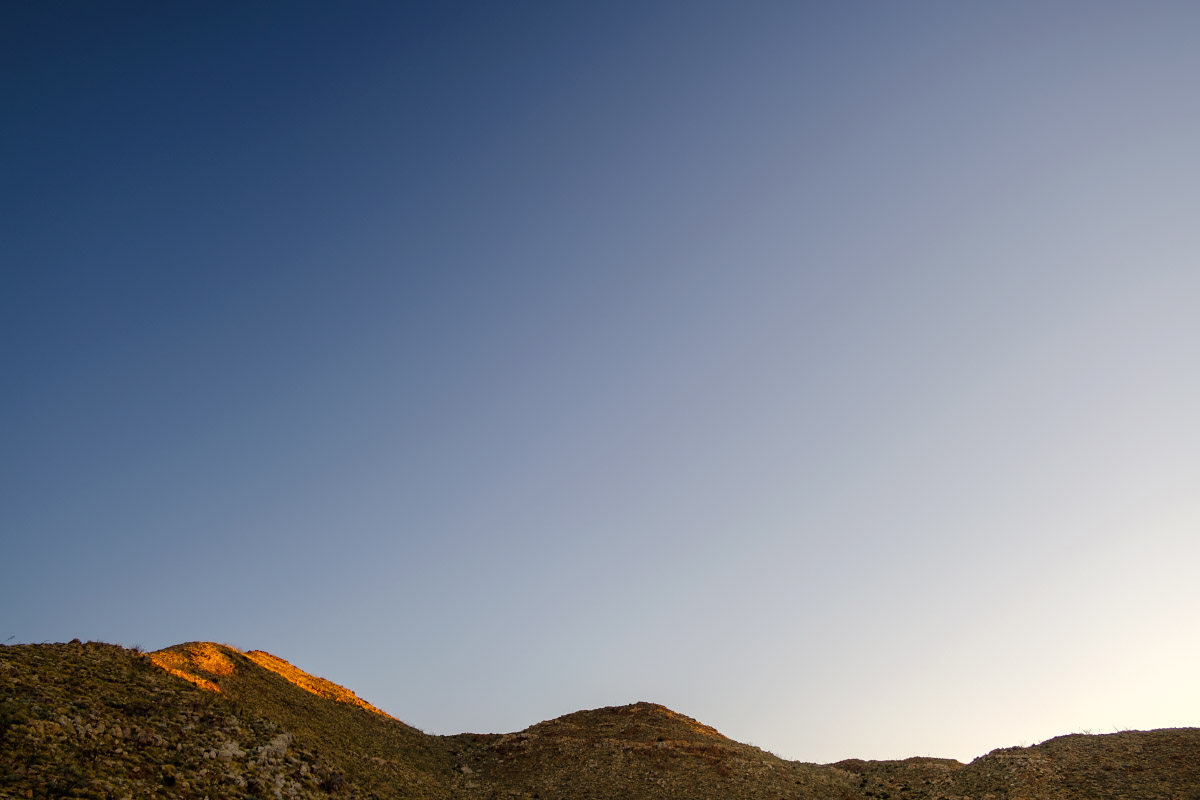 On Beyond the Mind, Revisited

How to use the mind to get beyond the mind? This is a contemplation on freedom.

Even that sentence is a bit deceptive: what do we mean, really mean, by “beyond” or even “the mind”? Does it depend on who is reading it? If you are troubled by, or wanting to get beyond the mind, or wanting to use the information here somehow (for example a life coach, psychotherapist, counselor…), and have an agenda, then it’s likely the mind is going to be interpreting the words in some way. This interpretation may or may not correspond to the intention of the author. But then, you might know already, and be living in an intention of love and presence. Who knows. All I can know is what I know, or intuit: what is in awareness, and what is awareness. It’s a vast universe of possible experiences.

One of the things that can be said for sure is that many of us humans see, or feel, or think, at some point, that it is the mind that’s giving us problems (or our clients or friends or family, etc), and not anything “out there”, in the world. The mind serves up, dishes up some content, and there are energetic feelings in the apparent body that are unpleasant, or that we think we shouldn’t have. We could call it “false imagination”: the thought-images that takes one away from inherent peace and freedom. We see that if we could only quiet the mind, or stop thinking, or simply Be, all would be well. It’s when the mind presents the troubling thoughts about the future or “bad” memories, or worries and anxieties, or feelings that are unpleasant, that we turn to teachings of psychology or spirituality or self-help gurus, or practices, such as meditation.

In contrast, consider this: if we were, say, sitting out in a field in nature on a beautiful day, with a friendly companion, or alone, or perhaps doing some nature photography, just enjoying the sights, and the mind were quiet, or even merely relatively quiet, seeing the beauty of the surroundings, feeling the peace, and some simple happiness in the forefront, then we wouldn’t be thinking about or trying to quiet the mind. We would have our feet on the ground and looking around, listening, simply using common sense. No memories, no reactions clouding the picture. Life becomes simpler: you feel thirsty, you drink something. You feel hungry, you have a snack or plan a lunch when you get to the top of the hill, whatever. No big deal. Yes, perhaps some worrying thoughts may come to mind like “why didn’t my friend want to come with me? Why was so and so such a jerk that time we went for a camping tip? Did I make that deposit to the bank in time? Is this feeling in my throat the start of a cold, or something worse”… but we can see that they are just thoughts, perhaps easier than when lying in bed tired in the middle of the night.

If we are deeply grounded in an understanding that the contents of the mind are just contents, and not awareness itself, then even the troubling thoughts in the middle of the night are seen for what they are, just passing phenomena like clouds in the sky of what we truly are: awareness in unchanging Being.

Very simple, right? So then why on Earth does spirituality get so complicated? Why does self-help or spiritual psychology seem like an endless project? Why does it seem like something that will take years or decades or eons, and maybe even many lifetimes? When will we get there? It’s quite funny isn’t it – the games of the mind.

In a moment of clarity, and instantaneous “glimpse” of Reality, a stillness of Nowness, there it is, or here it is … the answer. The answer to all questions in that moment. Total clarity about Reality. Now.

The funny thing is, with us humans, there may be a rebellion against that internally. Isn’t that a remarkable thing, that there’s a tendency to fight that which we Are, that which Is? Or even to pretend to be unhappy, and believe that pretense. In fact I would venture to say this game of hide and seek with the true self is in large part what much of the chaos and fight is in the world is now: a rebellion of the sense of separate self against truth, against freedom (I am avoiding using the word “ego” since it implies a sense of separate self — the SSS, or S3 — to begin with, that has an ego or wants to get rid of an ego, and so forth). We are so afraid, so in anger and fight about simple truth, goodness, beauty, universal beingness, that it gets “pandemic” to rebel, take sides, see division, amplify the cause. Perhaps it is the last gasps of S3, before chunks of it fall away… We fight change, even though it’s inevitable. We fight being what we are: happy and loving (small children are this way easily and naturally, normally). We prefer tragedy. Yes, Inner life is played out in outer life.

The aliens must think we are crazy. Or not quite ready for First Contact…

Inner life is played out in outer life

In my wealth of solitude – even richer now with the current situation out there – I have plenty of time to observe the antics of the mind “in here”, and as such can observe the antics “out there” in the form of friends, or the news.

The dynamic is something like this: mind formulates some kind of threat (and some kind of goal) – be it in people or diseases or criminals or losses or pain, and some solution, like moving away, getting a new house or some thing … the number of possible things to fear and desire are endless if you believe to be a body, a human being, absorbed in “the mortal dream” (as a avatar character in the movie, with soundtrack special effects… what a magnificent game). Life becomes a theme of protection or defense or attack and seeking moments of peace and pleasure or reassurance, comfort, security. Nothing wrong with that. We all like a little companionship, a glass of wine, a good meal, a movie… But as a way of life, never going beyond the senses and mind and objects, pleasure or happiness seeking from objects, people, circumstances, substances… This is a very limited life. It’s based in what is impermanent, what is ultimately unreal.

A dissatisfaction that comes from the wanting feeling, the sense of not-good-enough, not-complete enough, not whole enough, not loving enough, will erupt in new ways, new “problems”, new dramas, unless the source of the dissatisfaction is cut at it’s root: identifying with what we are not.

We try and squeeze happiness from the stuff of dreams, ultimately, to be honest. So it never really goes anywhere, never takes off, but goes ’round and ’round in the merry-go-round of life-as-appearances. But it’s what is chosen by most. Until suffering forces a second look, or a third or fourth or fifth or ninth… with the repetitive nature of thought allowed to run the show in the meantime (thus “reincarnation”, which is really a metaphorical story of, or for, the mind patterns).

But what if it were possible — be open to the possibility — that there is a different, new basis for life? It’s not really new in the sense of a newfangled technology or discovery, but really something very ancient that been here always but overlooked. It’s been called the “open secret”.

The basic mistake of the New Age movements and belief systems is that they are fundamentally materialist in outlook, always seeking for a perfect lifestyle, or some version of “success”, or an amazing nature experience, food, art, sex, housing, clothing, practices, social forms, places, objects, substances, spiritual beliefs or rituals, and on and on… relief for the bodymind, either pleasure or comfort from fear for the health of the presumed body, or wealth of the presumed person, or some thing, in the future. Something you will become, or get. You, the person or body or mind. In the future…

All good stuff, and worthy of enjoyment (especially if one consciously enjoys, celebrates Life), but when the experience is over, if you manage to have it, then what? And is it a pretense of spiritualness when in fact it is objective, not free? It is bound and dependent on phenomena. I have noticed with my New Age friends, and lifestyle advocates (e.g., veganism), that it is often ideological and intolerant if questioned. Or if there is not a forced positivity, or a pride (although pride is better than despair), there is an underlying negativity: an attitude of anti-something, I’ve noticed, when trying to have an open conversation with my counterculture friends: anti-money, anti-business, anti-capitalism, anti-greed, anti-corporate, anti-technology, whatever. And, at a subtler level, some underlying fear and pain, which comes out in reactiveness.

Indeed, feelings, images and thoughts are taken for real when one does not have a glimpse of Reality. One goes along with them. Even then, after the glimpse, there may be unconscious tendencies that color the show. That’s OK: the overall trend in one’s life is that one has gotten happier, has seen more harmony and beauty and love (even if it’s from a New Age philosophy), has a generally quieter mind, and whatever one has really understood, is with one permanently, waiting to shine forth again. All is well. Why? Because what is permanent and unassailable is what is true, is real.

The open secret is that freedom is not far off. It’s not under someone else’s control. It’s not even for sale. It’s here now and everywhere available. Free for the taking. It has no requirements.

I just now opened the book “The Open Secret” by Wei Wu Wei (Terrence Grey) at “random”. Here’s what the page said:

“The Bodhisattvic perception is direct, immediate; that is to say, there has not yet intervened interpretation…” p. 85

(It goes on to get much more complicated than that, into all kinds of arcane, esoteric teachings from other cultures about sixth and seventh consciousnesses, mano-vijñana, manas, etc., ironically obfuscating the ultimate simplicity being pointed to, which is not about anything, but simply Is, now).

OK, so back to the question that started this little journey: how to use the mind to go beyond the mind? For us mind-oriented folks, this seems like a dilemma, a paradox.

One could point out the contemplations or questions that could lead one there (as in previous essays), such as:
There is no such thing as mind in reality: it’s a concept.
How many minds have you: who or what is trying to stop, change, or calm the mind?
Etc.

This little essay is doing something else: it’s pointing to the fabulous ordinary, the extra-ordinariness Nowness of the moment here now, the beauty available if opened to. The simplicity.
Even all the yakking by humans is in the here now. Allow it all to come and go, simply, ordinarily.

No holding on now – no cheating. 🙂