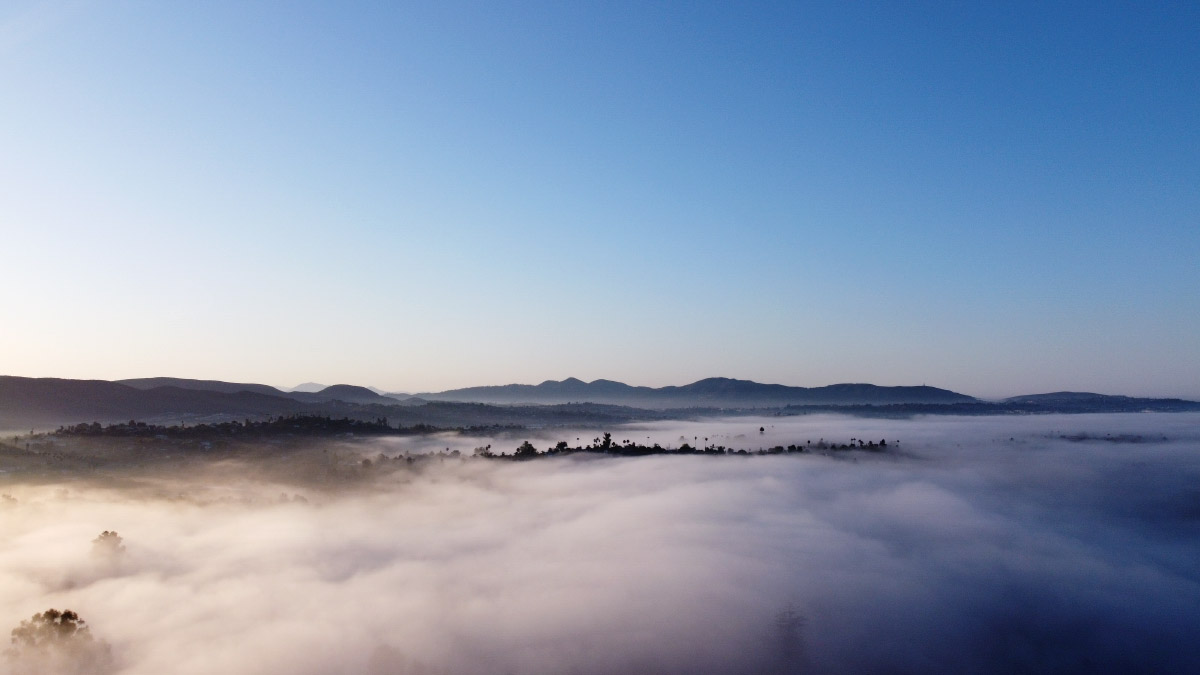 On Beyond Politics: the Radical Truth

For several years I was a leader involved in community issues a larger city, in an urban area.  I had been asked and then elected to a position of leadership by a “board” (I did not seek it). This happened after I’d demonstrating a natural enthusiasm for what was going on in my neighborhood, and had communicated a clear noticing of issues no one else bothered to actually stop and see. I had a desire and ability to propose creative solutions. I was not a politician, had no interest in politics – was merely wanting to solve some problems, like I naturally do, and help make it a better place to live and play have fun and be happy under the sun, creative…  and yet I immediately encountered what I call “politics”.

In any case, I’d had this theory about politics, and my experience gave me first-hand experience of the truths I’d glimpsed:

Politics is not a solution, it is a symptom.

If you’re waiting for (career) politicians to solve your problems, you’ve got a long long wait!
They’re only trying to solve their own problems.

Have you ever stopped to think why someone who isn’t asked to would get involved in a such a nasty business?

The politics I encountered were intense, and a shock, both that people somehow thought what they were thinking and acting were solutions, and the sheer intensity of it, the automatic resistance to new ideas, to anything good except repeating the past. The pointless time-wasting miserable bickering at meetings, the going-around-in-endless-circles. It took a tremendous amount of energy and time to deal with. How and why did such conflict arise I wondered? Why the reactiveness? What was the solution (to such childishness really!)? How to bring people together, and more basically, raise the level of the mental state driving it all, and find rapport? There had to be one…

The underhanded and vicious wars went on for years – entrenched parties on both sides not hearing the other, but re-interpreting everything according to a hardened position, not only the game they were trying fruitlessly to win, but a mental state and framework, a psychological dynamic or identification. And these bitter confrontations went on even after I had demonstrated solutions, and that no politics were necessary. It was irrational.

I knew however, that all this arose from inside, and was merely an out-playing of the war within.

I could sense that the attacks were coming from, were driven by hurt, resentment, much of it very old wounds, from before the community involvement, that came out in this form, as battles and seeing enemies and the need to control, take revenge, punish, and so forth. Wanting to, essentially kill “the other” (or sometimes the self). We mistakenly think when attacking, there is an other, when in fact we are always doing what we do to  ourselves, whether it is loving or unloving, destructive or constructive.

It also became clear that my hunch was correct: that politics is a symptom and not a solution, and the solutions transcend politics.

Consider this, for example: sometimes people think they can solve problems by getting involved in politics, running for an office or whatever – to “do some good” (my involvement was a by-product of my interest, and I was nominated by others). They then discover it is just about the nastiest game in the world, other than outright warfare. What happens then is that they either become one of the swamp creatures in the hall of mirrors of lie-against-lie and dirty tricks, and game of appearances themselves, over time, in order to survive (they may go on that way indefinitely), or be ineffectual. Or, they may be one of the very unusual beings that has a positive effect over time. The other possibility is that they leave politics, and go grow cabbages or something (instead of legislating how others should grow them, and bickering over it in meeting after meeting and war games).

It is a symptom of a deep spiritual malaise, for lack of a better term. It is an alienation from what we are, and a belief in what we are not. It is unhealed souls, if you will, crying out for attention. And what is beneath that cry for attention? A call for love. I know, to many it sounds simplistic, silly, stupid, idealistic, perhaps New Age… And yet it is the truth. It’s real.

I tested this also, towards the end of my term, although it came as a surprise action to myself: one day, when one of the oldest, meanest and most hardened political actors, a troublemaker that was very hard to like (most hated her, except for her loyal soldiers), was with us at a community event party. In a moment of openness and relaxation on her part, and realizing what I should do, putting aside the past of the personal mind, I spontaneously gave her a hug, and said something loving, which she spontaneously accepted in that moment, caught by surprise. She lightened up after that – her whole way of being shifted, like she was a new, different person, a different aspect of her beingness, and a more transparent, real, flowing and playful side of her came out. The threatening manner had left, when the threat of the world was dissolved. She was connected again.

When we no longer believe our thoughts and feelings, and all the mental activity and reactivity, all the recycled garbage, we are simply being in the present, as Life expressing itself. We are no longer caught in the lie of the world (the world loves a lie). An insight is needed to see, experience that, and sometimes a very big one: a glimpse of our nature, our common, shared humanity. The humanness in which we are all absolutely equal, absolutely the same. The true heart (of love) is the heart of what we are – the highest potential, the common ground singing its song (truth, beauty, love – the perfume of this unnameable essence).

I left the community shortly after that to move to another city and way of life, so didn’t see if the shift was permanent (she probably needed daily, if not hourly, hugs and love!). My inroads into setting a tone of greater fun, playfulness and freedom, interest and enthusiasm, creativity and community cooperation, harmony, real problem solving instead of maneuverings, did have an effect, and a leader reflecting those qualities was elected (for a time).

I can tell you this: no external solutions will ever be any more than temporary bandaids unless and until the underlying real spiritual dis-ease is addressed, the core misunderstanding. The sense of separation, pain and suffering is acute, and comes out in countless forms in our communities. Not only in political strife and division, drug and alcohol abuse, and addictions of all kinds, but also household strife and unhappy relationships, work strife, stress and misery, strained relations of all kinds, judgement, fear and exhaustion, a sense of lack driving all kinds of inharmonious or irrational behaviors, consumption, mental illnesses, poverty, crime, crazy behavior to escape the sense of lack, avoid the self, and on and on… and politics.

I can also tell you this from experience: when there is friendliness, kindliness, respect, and knowing of the inherent equality in us all, an uplifting sense of possibility, and openness, meetings go smoothly, business accomplished easily and swiftly. There is little friction. And no politics. Not even a real hierarchy in the moment. It’s all seen as acting, hat-wearing.

The essence of what we are is effortless freedom, powerful intelligence, creativity and an ability to see solutions to “problems”, to situations, to opportunities in the world, that comes not from the brain but from the unknown, from natural intelligence. Meetings become fun. The wholeness is allowed to heal itself, show itself, and find the perfect way forward. Clarity and self-evident “ah ha!” solutions come to the fore. The fog is lifted.

But when we identify with a body, or with a mental position, or any sort of identity other than heart-of-humanity-common ground, common sense, intuition, that awareness-is-real, then all kinds of politics and hell are loosened upon the mind and world and relations. If unconscious pain and reactions& are running the show, many more than just the individual will pay the cost. If we believe we are a separate entity in a harsh universe of material stuff, that is what we experience, as we think and feel according to that presumption – one which is no longer innocent, but run by fear and desire.

We must return to the root, the radical (as in root) child-like but mature sense of our humanity, the perpetual artist of life, courageous and risk-taking in the knowledge of ultimate safety, joy and connectedness to all. ;

The revolution has just begun, and always begins anew in the Now.

You want to solve the world’s problems, or the country’s or the community’s, do some good?
Solve yourself first.

When you are genuinely, fundamentally happy, then you have something to give. In the meantime I suggest following the medical credo of “do no harm,” and follow your heart. Eventually it will lead back to yourself, and yourself becomes the answer you give to the world .

Is the world ready for this (to rise above Darwinian materialism, survival and competition, or fantasy ideologies and religions)? Perhaps not, and perhaps dualism and violence is in the nature of this planet. But what you know and believe will be reflected in what you experience. So start there: who am I, and what do I know for certain? How can I be happy and loving?

The world then changes, life becomes more and more harmonious, fuller and richer and more extraordinary. This is my experience.

Investigate. Run your own experiments. Life and the community of the whole planet are worth it.