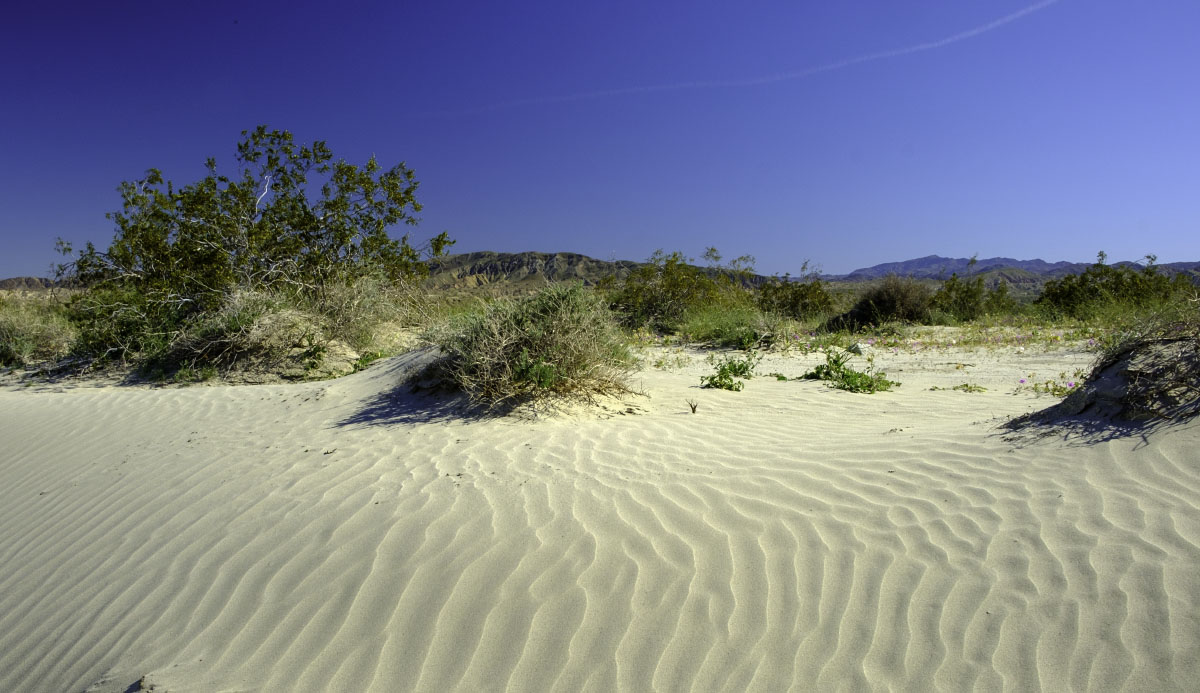 On Beyond Nonduality Teachings

No one seemed to get my “WHICH WAY TO THE SELF” sign (or t-shirt) cosmic joke, since  it when I posted it my “Group With No Name” FaceBook group (as far as I know). 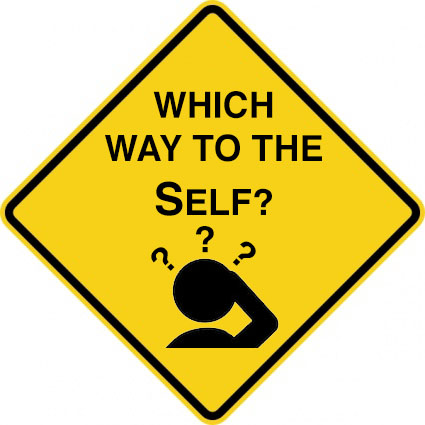 I created that after I was inspired, opening this book sent to me in the mail, to the “random” page below, after my desert “sabbatical” on March 13-14 : The Essential Teachings of Ramana Maharshi, A Visual Journey 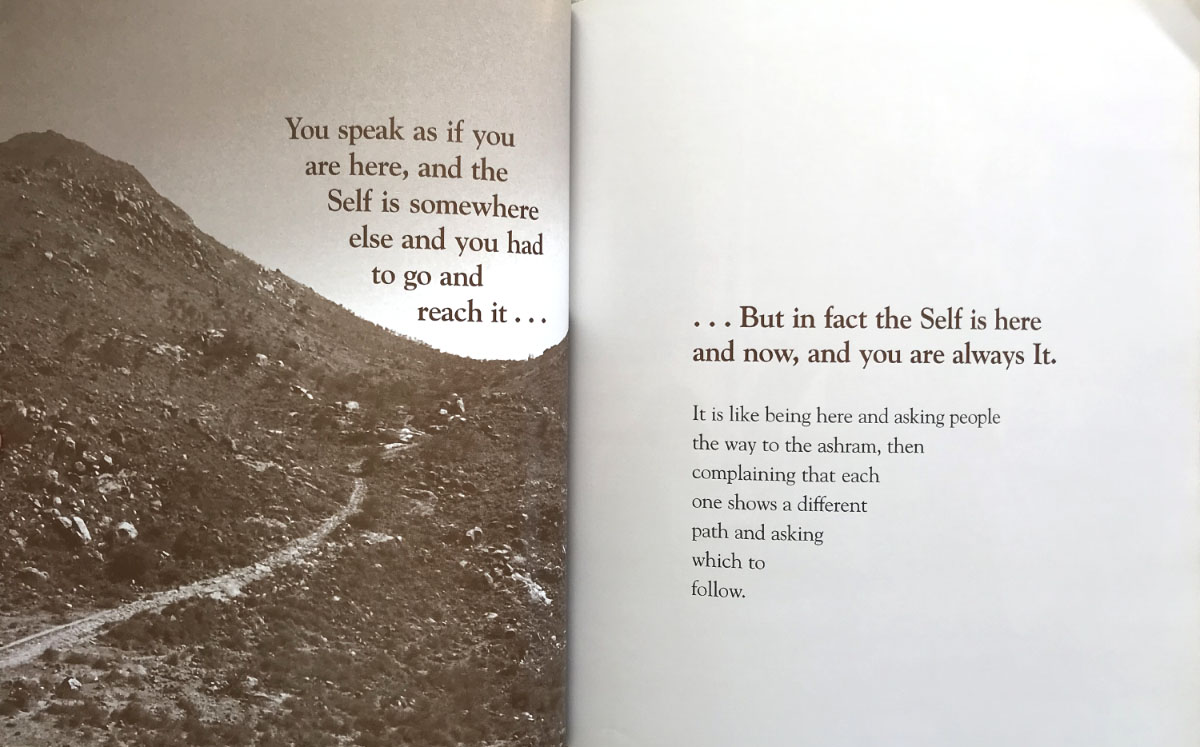 Backing up a bit: The first thing that hit me when I got to the desert was that I was “supersaturated” with non-dual teachings and “spiritual” or wisdom teachings, (satsangs, studying, reading, writing, listening to audios or videos…). This is all content – of the mind – and not, not context.  It. And I sensed a certain frustration or impatience with non-dual and spiritual teachings or teachers, which I’m sure many people feel but don’t admit either to themselves or to others.

Flash forward: As Paul Hedderman pointed out to me yesterday, I just needed to give myself permission. I took this as permission to Be. Which is a funny thing, if you think about it. But so true – we think we have to be someone or be doing things to become someone or get somewhere or gain some thing or get something done (to be happy, fulfilled, at peace, whole, whatever), and we forget how to relax, open the aperture and just totally Be. The simplest thing in the universe – being yourSelf – becomes hard somehow. So we go to retreats, satsangs, meditate … or on desert sabbaticals (and a sabbatical from satsangs, on my part).

The whole point of non-duality teachings is pointing to the simple fact of what you are. As I’ve aways said:

There’s no place to go and nothing to do.

Yet countless teachers (and coaches, therapists, preachers, politicians, writers…) hold out a carrot as if there were something to seek or do or become. Why? Because there’s lots of unhappy people, and lots of seeking. We are brought up programmed (innocently, unconsciously from other programs running automatically) to believe we need to become something, with the implication that we are lacking, because we are separate and need to deserve something (like love). If this wasn’t the case, the teachers wouldn’t exist. This is a beautiful example of a need being fulfilled, a want finding a giver. A river finding its own ground. Love spilling out. “It all comes out in the wash dude”.

So what to do? Answer: It’s not black and white. Counteracting the cultural programming by a thoroughgoing self-investigation may help (or meditating, or living as if universal Consciousness were fact…). Or it may not. No one knows the formula, because there isn’t one. This is echoed in how every teacher has a different expression and message. “Follow your love and enthusiasm” (or “bliss”), is as good as any. But there are no guarantees, and it’s just another bit of language, and item of mind that can’t be held on to. And not holding on (to anything in mind) is key, from what I’ve seen.

How could you give freedom to someone else? That makes no sense.

Nature is the model because it has no model. Beauty has no template. Love and truth have no form. They are free.

So the central flaw of the teachings is that there’s something you can get from someone. Something to achieve. Or you could say it’s the central point, since the teachers say this too, in various ways.

But the teacher, or this writer doesn’t even exist (as a separate, permanent reality) any more than you do. It’s an illusion. So what the hell are you doing? What are you pursuing? Why are you spending time and resources chasing a mirage (a mirage in a dream)?

Well (you could ask) what’s the point of being alive? Answer: There is none. It’s like a play.

The teacher appears because the alarm clock to Wake Up went off – maybe from suffering (the thorn in the side), or perhaps from longing and intimations of reality… Home calling us to itSelf. For whatever reason or unreason, we became tired of the game of misery and started letting go of the accoutrements and toys of the mind, and allowed our real self to emerge. Bit by bit or in large measure.

Then the astonishing fact that we never left home dawns…