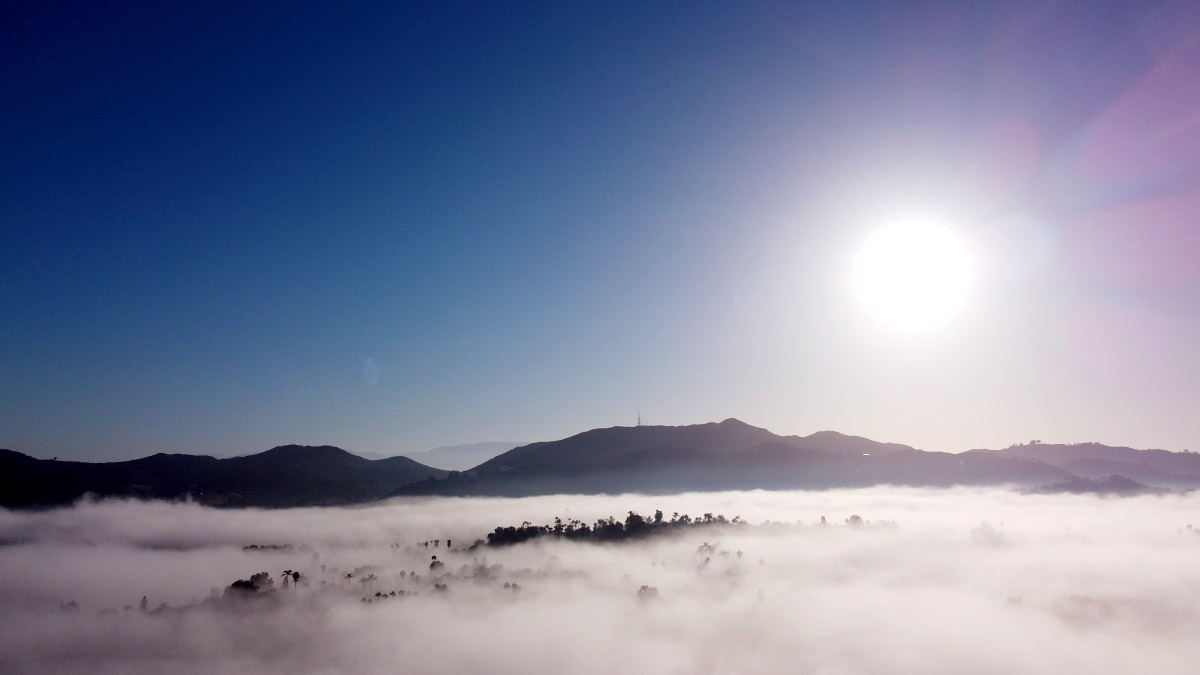 Hello friends – The following is the little rant I wrote yesterday, about why I am letting this hosting account expire, before I formulated a more reasoned and seasoned (concise and polite, lighthearted?) post for Facebook today (on the group I used for posting non-dual stuff, and various expressions: Group With No Name).

Well it’s been a fascinating journey, but it’s time to pull the plug on ericplatt.com and move on. To where, I don’t know, but I continue to be billed for hosting and domain name, not to mention the endless hours writing every morning, and contemplating while living, which costs money – housing, food, transportation, clothing, tools (like computers – my laptop is 10 years old and can’t edit videos like I want to, and online meetings are iffy, etc.), health insurance and on and on, and meanwhile work slows down (client work for a small corporation that I do creative and technical web-related work for) and prices of things go up, and debts to banks don’t get paid off. I posted a donation button recently and announced it on Facebook, but it only generated one $50 donation from a friend (thank you very much!), which doesn’t even cover half of hosting.

There’s a bigger picture too that is interrelated: What I’ve been writing about for decades, and posting to this site for the last 3 years or so, is about Freedom. It’s the same truth that’s been talked about for thousands of years by sages and writers and teachers and gurus and wisdom teachings and is at the core of every genuine religion. “THERE’S NOTHING NEW UNDER THE SUN”. And besides, everyone is going to find their freedom when they want it, one way or another, whether I go on and on about it or not. The cosmos unfolds exactly as it’s supposed to, and I personally have no serious role in it as an illusory human. They will find the teacher or path they need, to do what they want.

I’ve come to see that no one actually wants to hear they can’t get freedom from someone else. It seems almost everyone wants a teacher, a practice, a group, a technique, or some object or drug, or some thing… they really don’t want freedom (“ignorance” in the Sanskrit sense, is the preference of mankind; the world wants lies); they don’t want to see that they already have it, are already enlightened in who or what they are in their very essence. They’d rather continue playing the game and delay freedom. I see the same pattern in myself: the wanting. If there is a want, there is an assumption of lack behind it. So we want to fill that lack, not be told we don’t have a lack.

So what people really want is self-improvement, or energetic experiences, or what you hear them talk about, even after satsang (meditation and dialogue) with the best teachers on the planet, after briefly gushing about the teacher or the experience or the teaching, or arguing about Truth: money, houses, business, relationships, cars, safety, security, comfort, pleasures, travels, stimulations, entertainments, foods, sexual excitement, special experiences, perfect health, family, coziness (particularly if there’s a spiritual or healthy theme to any of these)… and who can blame them? So, there’s an endless market for self-improvement, but not much for freedom (non-duality), only discussion about or practices towards, comparisons, competition, or hunger for various kinds of experiences and making-appearances and seeking and running around the planet.

Sure I could become a teacher or purveyor of Kundalini energies and Shaktiput awakening and powers and Tantric tricks and such, but I’m too honest for that, and simply not interested.

Also, I’m not a teacher (except maybe through writing, at better moments haha): I don’t have oral pedagogical training or acting skills, nor video presence, nor any interest in being in the public eye. So this is also not going there and never was.

Those that want to change the world are not satisfied with how things are, therefore are wanting and evaluating God’s universe as not up to par with what they think things should be like according to their human judgement, the learned opinions – is that free? So that is also not one of my motivations, to change the world.

I’m basically a hermit who enjoys writing, likes feeding the birds and training them to take peanuts from my hand, observing nature, including humans and this bodymind, and teachers, talking with friends (mostly via text – often go many days with no phone talking), looking at beauty, making photos, working on various creative projects, and above all, exploring what this Self and Reality are, freely – the “Field of Paradox” as I called it – as it unfolds.

The point is, this isn’t going anywhere as far as being a “professional” non-dualist who publishes videos and does seminars and goes on tour, etc. This endeavor is what the world calls a “hobby,” even if it’s been a bit of an obsession to understand the mind and human experience since I was a teen (to the point of getting a degree in philosophy and reading, and doing practices and spending more money on various things like psychotherapy early on, and later seminars, then later retreats, not to mention a library of books and audios and on and on and on… wait, I thought there was nothing to do: paradox again!).

The site also started with the idea that it would be a good platform for building confidence as an interactive writer, since I’d been writing for myself in private for decades on philosophy, psychology, spirituality and such, as a form of therapy, exploration, communication, research, expression, etc., with occasional forays into public writing in the form of journalism and business writing. I also had ideas for two books on non-duality, one a photo book with some poetry, the other more discursive. The activity of writing on a website was a way to evolve what I wanted to say and how to say it, in an interactive way. It has served that purpose (as has Facebook and messaging with people from around the world, and in online satsangs). However it seems that either people want to argue or defend or attack, such as in relation to their beliefs relative to what I post about (especially if it’s a philosophical understanding about a teacher), or praise (or follow) or just read and not interact at all (that’s the majority). So again, what is the point? I can’t give anyone what they already have, as

WE ALL ARE ALREADY STANDING IN THE RIVER OF LIFE, LOVE AND FREEDOM.

WE ARE ALL ALREADY STANDING IN A PERFECT RIVER OF FREEDOM, AND NOTHING I SAY OR DO OR WRITE, OR DON’T SAY OR DO, OR ANY TEACHER YOU MEET, WILL CHANGE THAT.

You don’t need to go to some seller of water (a teacher or guru or writer or object…) who is also standing in the river of life. We are all in the same boat, both as illusory “egos” and as freedom. There are no higher beings to appeal to or be recognized by or be granted some special gift of liberation, a touch on the forehead or a transmission.

But if you want to play that game, that is all good and fine and beautiful too.

I would rather simply be free myself, and stand as that, with friendship for the humanity of all, the planet, the cosmos, everything visible and invisible.
That does not require spending money and effort. It already is the case.

In short this project has started to feel more like a burden than a free “labor” of love, and it would become even less of a free activity of joy and labor of love if I were to force myself to market or “go pro” (I have no bent for or interest in marketing or promotion, other than selling something on eBay or online now and then, which is why I have only one client for my paid professional services).

Stopping has grace and magic in it.

In summary, if I am not free, what is the point yakking about it endlessly, or sharing my insights on a partial freedom (mixing ego with coming from freedom)? This is the discussion I’ve been having with Greg Goode for the last two or three years, ever since he wanted me to write a chapter for the book he put together called “Real World Non-Duality: Reports from the Field”— what is the sense in one sharing how one has not reached the top of the mountain, since I don’t see that as helpful—and if I have reached it, it’s a different world of “why” write, and something worth reading for the aspirant up the mountain.

If one is totally free, then just live it – there’s no point in talking about it or trying to convert or change anything. Unless that’s your destiny and you can’t help but do it out of freedom and love (but that doesn’t cost anything does it?). All is well and there are no “others” to help. Who and what needs help!?

The respected direct path teacher Greg Goode said to me, as far as direct path writing (to paraphrase), that one has to be practical about it, and write what people can get a grip on and understand and apply, and know all the arguments to counter “if one is in the business of answering questions”. What is the fun in that!? To me, there is nothing practical about art, nothing to understand mentally in the long run, and nothing to apply—this writing is an aesthetic spontaneous response or an attempt to explain-as-communication with beloved friends who are not separate —and in any case that kind of practical instruction and finalized understanding—which is too closed for my taste—he is talking about I believe will either delay or in some cases, take one farther away from being what you are, which is available always Now, in the “silence of the heart” as Robert Adams used to say. Truth is available everywhere. It’s as free as the air.

If you really want a teacher or sage (at minimum, they can help put you to sleep at night), here are some living and dead ones I suggest checking out:

Or simply Google, research, ask around.

Executive Summary
• Lost my enthusiasm for publishing.
• Accomplished the “experiment” of trying it for a few years to build confidence improve skills, do writing interactively (other than my professional business or journalist work of the past) rather than just for myself.
• It takes lots of energy and time and some money too, and I am not a teacher or coach or therapist or any thing that would justify putting myself out there an fighting the battles of right and wrong people seem to want, and so when it starts to feel like a burden to respond to arguments and attacks and questions and comments, then it counteracts the reason for doing it, the love of the art in it.
• I’m not 100% sure about the quality of the content – there is some good writing in there, and sometimes it’s form the heart, like it should, but often it’s a mixed bag, with ego or self-image or some axe to grind as it were, and it would take a tremendous amount of time to go back through and edit using newer clarity and skills (relatively speaking), that is, relative to “growth,” especially with the large piles of writing I have accumulated and continue to generate.