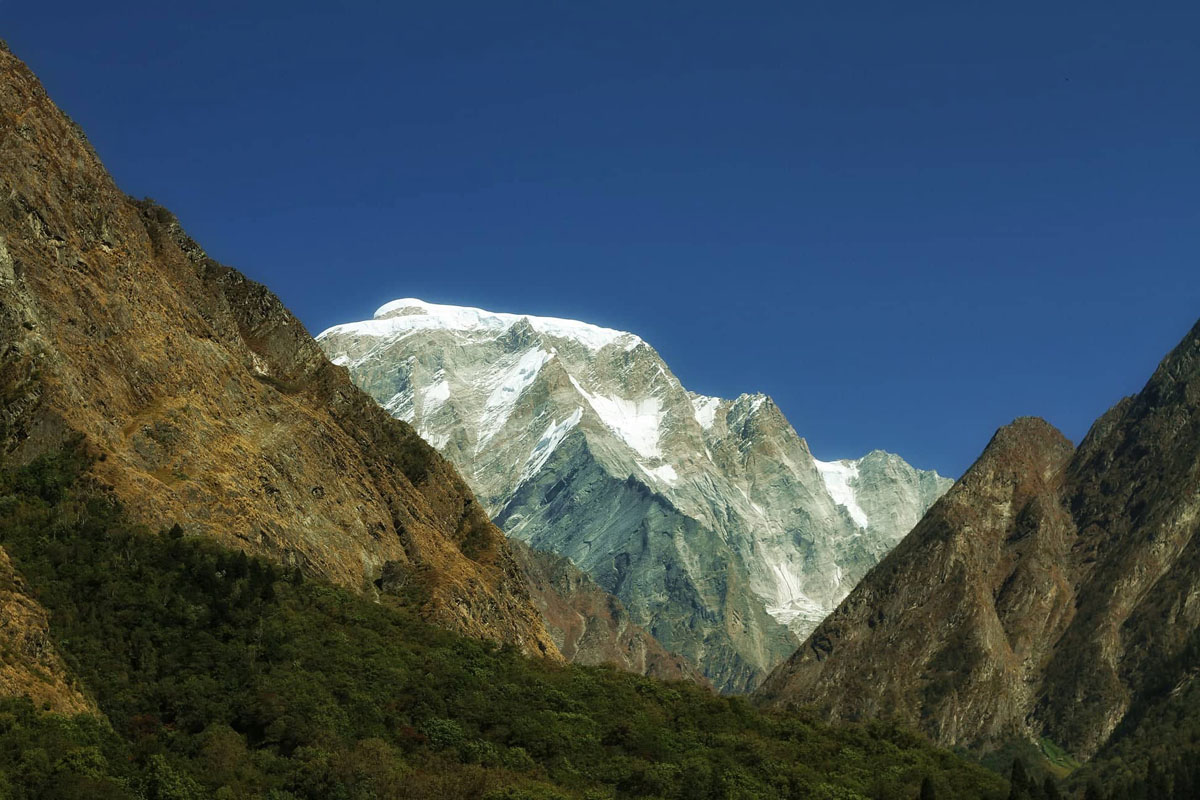 Non-Duality Is Not Spiritual

And yet, people go to spiritual teachers, as if something can be known or learned:  about some thing, an "it". They gather pointers. They want to have an experience, be a different person, a better person, or a non-person, by studying or doing something related to non-duality. (Or change the world, change something).  All of which if course is impossible for the person... especially since they don't really exist! A person cannot order or experience their own absence. Essentially, their own death as a self, a seeming separate entity: "You" won't be there for it.

And yet, there is a loosening or a dissolving of a contracted ... something associated with the  body – we can call it "energy" temporarily, since that is commonly used term. The word and concept of "energy" suggests something vague, intangible, active and vibrating perhaps, a sense of life, liveliness – so there can be a sense of contraction or openness, and when open, "This" is alive, fresh, vibrant, and you could say "energetic".

But it is not something gained, it is what is natural, when the unnatural is not-there, and that "not there" is not a practice, not a meditation, not an experience of a self – thus a "non-duality" is put in negative terms, and much talk and inquiry is about what is NOT. If you talk or point in positive terms, or have a doing, a practice, it only will be co-opted by the seeking energy, the self. It's like The Borg in that way...

The self cannot do other than seek, by nature, since it is by definition, a lack, an unfulfilled, incompleteness, insufficient, not good enough, and there is therefore hope for a future.

One amusing side note: if you look at a dating  website for "spiritual" people – as I did when I got was doing a project for a new website – it's interesting to see what's listed as "spiritual." For example, one prominent site had this blurb:

What's striking is how none of this has anything to do with non-duality.

Most of what is called "spirituality" is a trip for a sense of self, a sense of separation, looking for self-improvement, by doing things, gaining something, changing things in experience, looking for a better experience .... And after meeting many "spiritual" people, I've seen an obsession with lifestyle, the body, food, appearance, money, wealth, houses, politics (often assumed to be a left-leaning variety), travel, comparing themselves with others, and on and on, in what the teacher and writer Chogyum Trungpa aptly called "Spiritual Materialism”.

Non-duality or "Advaita", is a simple description – "not-two" – meaning no separation – and not a prescription or mandate on how to live or what to be like, or who to be. In fact it's pointing to the fact there is simply no "you", no "me".   There is no "applied non-duality" – that would be absurd. It would be like studying gravity in order to lose weight.

The term "non-duality" can refer to a teaching, a "pointing", or to what it's pointing to.  It can only be a pointer, because what it's pointing to is beyond description and language, is absolutely non-linear, undefinable and immeasurable. "This" is unknowable and unteachable. That is why it's a "non" or a "not", and so many negative terms are used.

So how do I know? "I" don't. That's the whole point. There is no one to know.  And after searching long enough for something, and it's simply obvious it's not out there, or in here, or any where, you ... stop looking.  Common sense.

So, this essay is a "teaching" in the sense that any talk about nonduality is, and yet not a teaching because nothing can be learned or taught about it.

Non-duality, what it's pointing to, is everything. Or Neverything, as Paul Morgan Somers poetically put it..

It is not a method, though the essay on The Infinite Inquiry could be used that way. This is simply a description, or an impossible attempt at a formulation of that which has no form.

What it's pointing to is the simplest of all facts. The simplest possible, in fact.

You could say: That which is ungraspable but unavoidable.

It plays out in "traveling lighter" in life.

It is not some intellectual or esoteric, or "out there" proposition or experience. What is being pointed to is already the case, immediate, instantaneous, and complete.

By the time one has tried to cognize or describe it, it's already too late. And yet it's not too late, because this is it too.

In this apparency of what's happening, there seems to be a coming and going of experiences for a "me". Included in this illusion are all the so-called "spiritual," and by implication "non-spiritual" experiences – all categorized and shelved according to a schema derived or learned from seeming others, from "outside," or seeming to pre-exist "inside", in what we've learned is a brain or a mind.

But have you ever gone anywhere, other than where you are? Even in the most profound experience of the absolute, such as a so-called "near death" one, rather than going somewhere else, isn't it more true to say one came home to where one always is, was and will be, but without the frame of reference of is, was and will be? No context in other words. Context-free.

In other words, there is an attempt to impose a context, when there is none in reality. Everything is just as it is: limitless and free.