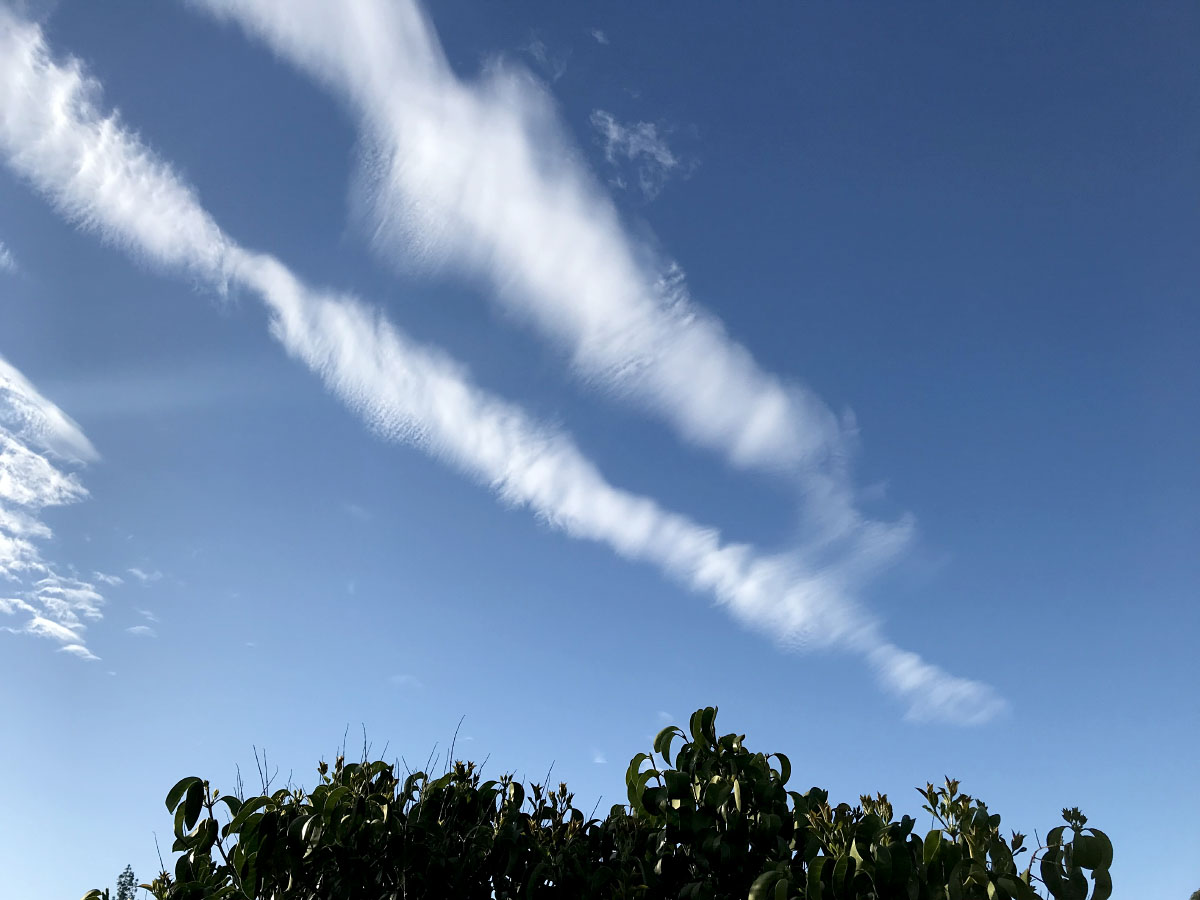 Why No One Can Give You Enlightenment

The following are some notes regarding how one must “go the final mile” oneself, and no teacher or guru can hand you liberation on a platter.

“A Master is a fully-realized Being. A Guru (or Sat Guru) is a Master who has chosen to help others find their Freedom. God, Guru and Self are all one and the same. This becomes obvious when the illusion is gone and the Reality is known.

…All Masters are exactly the same Self with different names.”

75. Jesus said, “There are many standing at the door, but those who are alone will enter the bridal suite.” – The Gospel of Thomas

Let’s put aside the word “enlightenment” for now, and focus on the real practical goal, which is stability in real happiness and peace: liberation from suffering, liberation from every thing. Why can no one else give that to you?

No one could or should take away our freedom. If someone or some thing could give it to you (or take it away), it wouldn’t be true freedom. You already have it—it’s your nature—they can’t give you what you have. They are the man by the river (or in the river) selling you water.

It would be disempowering to believe someone can give you the power that is only yours to realize.

Only you can give up, let go, surrender your self, the thinking.

Even though it appears freedom is sometimes violated by life, in actual fact, it never was. True freedom has no opposite, as is the case with impersonal Love.

So how does this all relate to the fact that as separate entities, as persons, we have no freedom whatsoever?

“The two factors that influence and determine this beautiful and intricate design are its genes and up-to-date conditioning – two factors that have never been in the human’s control. Try and find a third factor!” – Roger Castillo

The point that Castillo and many other teachers in the non-dual school make, is that personal doership is an illusion. There is an activity of the body and mind going on, an acting, a doing observed, but the actor (a thing) is tacked on as an afterthought, unconsciously assumed. The presupposition of a personal will, a solid separate central entity in control, making it happen, can only be an illusion.

One way to see this that I find helpful is to contemplate it from the macro level and not the usual human level. How could the totality of all that is, the infinite, which one’s intuition tells you is One, have any separate part that does something that isn’t integral to it?

A metaphor: the vortexes in a stream dance according to the rhythms of the water and cannot be separated from the totality of the stream, or they wouldn’t be the same vortexes. In fact they cannot exist at all with out the moving stream. We are like the vortexes “being lived” by the stream.

A teacher can keep pointing this out, and you may grasp it intellectually, but at some point you will “see” it in the moment: thoughts, sensations and perceptions dancing on the stage of life. This appearance dances in accord with the Master’s stage direction, and there is only one master.

There isn’t really a teacher that is separate from you. You created them as a reminder, a wake up call, a beacon on the road leading you back home.

It’s 100% subjective. How could a thought, person, phenomenon or appearance out there have you realize it’s all in you, all an appearance on you, in you, of you? It’s a contradiction to give or believe some passing object of experience has any power whatsoever. You give it all the power it has. Who are you, what are you? You are what you seek.
In essence, you are All: all that exists, one and alone in eternity and omniscience.

The illusions, blocks, seeming impediments, bodily patterns, conditioning—all the apparent “junk”, all the erroneous ideas that appear to be in the way of your true self—are held in place by a “you” that only you can confront and defeat (as it were).
If all is maya, that includes you!
“Karma” only exists because you let it, as hard to swallow as that may be. It disappears when the illusory separation does.
The whole thing is a cosmic joke, where even Maya is Maya, but because we take ourselves seriously, we take the rest of the illusion seriously. Body, mind and world arise simultaneously.

If you’re lying to yourself, a teacher could try and confront the lies they perceive, but you maintain them in order to keep existing as a seemingly separate self (a long lasting independent entity, along with a world created at the same time). It’s your choice to keep maintaining that maze of lies, the fortress of small mind, using energy to keep trying to keep alive a false, discontinuous seeming thing, a person, an image, a self. What doesn’t exist needs your support, so therefore it’s only your taking away that support that will allow it to collapse. They could chip away at it, but only you could stop it’s morphing into new forms, new defenses and mirages that we commonly call “ego”. Ego is made of thinking, and so to the ego to stop thinking is to die. Therefore this fear of death keeps it re-membering itself. Occasionally we may have moments of self-forgetting, in which we feel free of ego, unencumbered by the little self, selfless and free, out of our own way. We experience boundless freedom and uncaused happiness, undeserved unconditional love, bliss, beauty… But then the habit, the unconscious drive kicks in, and the open system closes down again. Lies beget lies in an endless circle of repetitions, until they stop repeating themselves, the mind slows down, and eventually stops. What does not exist cannot (seem to) exist forever, let alone at all. Yes, it has to be left alone, eventually. Then the All-one triumphs, since it always was triumphal to begin with. Winners and losers was an imagined game

Finally, the reason no one can give you enlightenment is that it doesn’t actually exist. There are no enlightened people (a contradiction in terms), no state of enlightenment (what you are is not a state), no special status to be obtained or achieved, and no future in which things will be better, or other than they are. No future at all in fact.
Your life is not actually going anywhere: it never was, is not now, and never will. No matter what you do or don’t do.
The idea of enlightenment is predicated on the idea that some change will occur. A change in a you. Both ideas that of a change and that of a self – arise from nothing, as a thought, and pass into nothing. They were nothing to begin with and nothing in the end.

“As long as you’re trying to get enlightened so-to-speak, you never will. As long as you’re trying to achieve something, you never will. You come here to me expecting me to give you something. I really have nothing to give you. I can only be myself and I can share with you the way that I feel. So when people hear me sharing they say, ‘That guy is enlightened.’ or ‘That guy’s a Jnani,’ what do they know? If I were able to say it myself, ‘I am a Jnani,’ there must be someone left over to say that, so I couldn’t possibly be. You see I don’t know what I am. ‘I am that I am.’ All I can say is ‘I am’ and nothing comes after that. Everything after that is just extraneous words. Everything becomes redundant after I am. Therefore you should not be searching for anything. You should just be quiet, be your Self and everything will come by itself.”

The Tao is an empty vessel; it is used, but never filled.
Oh, unfathomable source of ten thousand things!
Blunt the sharpness,
Untangle the knot,
Soften the glare,
Merge with dust.
Oh, hidden deep but ever present!
I do not know from whence it comes. It is the forefather of the gods.

Thirty spokes share the wheel’s hub;
It is the center hole that makes it useful…

” ‘Things’ do not exist apart from their subject.”
– Wei Wu Wei (Terence Grey)

Radical subjectivity admits of no objectivity. Subject and object are merely two conceptual sides of the same coin. That coin is subject, and subject only. What appears as objects are passing appearances, with no substantive reality, like the water in a mirage in the desert.

What you are is this subject, one of whose objects (which is apparent only), is an objective subject, that is, a person, observer, body, or location of perception. Since no objects actually exist, what is left is pure subject. Nothing else exists, anywhere, ever. This radical subjectivity is not the mind, is not mind-based, is not solipsism, and not idealism.

Given this, an apparent teacher, a guru, is not an object either. Yet somehow this apparent “other” non-object is telling you, pointing you in the direction of realizing you are pure subject, and that neither they or you exist.

When you find the teacher within, you will find a teacher externally who will be a catalyst to realizing you and the teacher are One, and then that there is no teacher (or student).