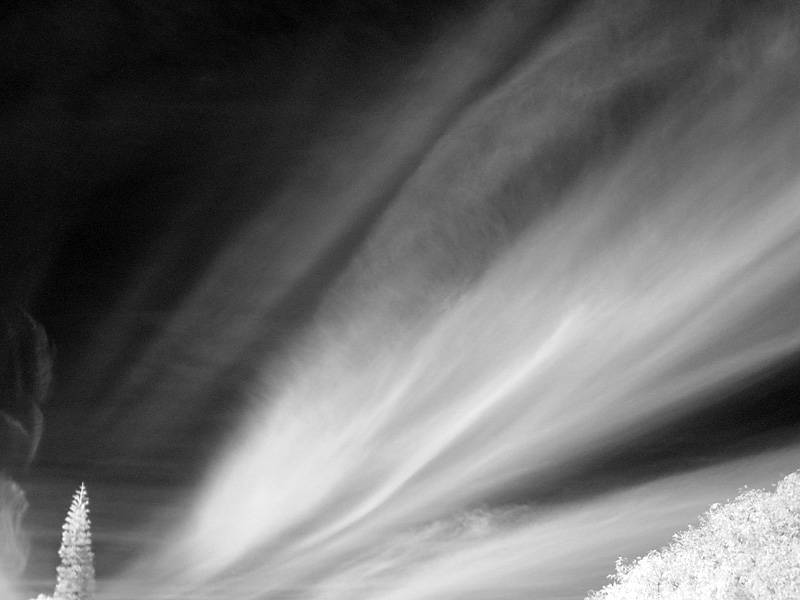 Death and Life are The Same: A Peak Experience

When I was 21 years old, I had an experience of the ultimate, the infinite Oneness that we all are, that everything is.

Here’s how it happened: I was with a friend, and had taken a small amount of an entheogen (a psychedelic, LSD) he had given me. I was experimenting in order to experience greater consciousness and get acquainted with the spiritual first-hand. For some unknown reason, a completely silent, absolutely self-evident thought came to me: “Death and Life are the Same”. This came as simple direct knowledge: totally silent, self-evident logic, no reason to question it. It simply Is. Soon after that “I” decided — no deliberation, just again everything was self-evident — to stop breathing. I was sitting in a chair on a balcony. I put my head back, which helped restrict the air flow as it happened. In any case, in this peaceful quiet state, I started to ascend, so to speak, and merge with a light. It was All pervasive: a transcendent realm opened as “I” dissolved into it, vast, infinite, incredible, ineffable. The “I” normally taken myself to be, dissolved completely. All there was was infinite Love, Knowledge, Peace. No words could describe it. But it was Reality. No space, no time. Utterly timeless and yet infinite – all points connected to all other points in this infinite spaceless space. Indescribable, Infinite bliss.

You could call it an “out of body” experience, yet what is a body? This going into the light and coming back down into a body, this transition showed me that it is not coming into a body but more the fact that the body is a kind of illusion — the body illusion simply re-appears to the infinite Self, as a limited “thing” or phenomenon — there was no thing to go back into, just a changed experience, a concretization of the “it”: the infinite energy, intelligence, whatever you want to call this all-pervasive light of knowing.

Near Death Experience (NDE) are related in that such experiences point to the nature of the mind and consciousness. They are very paradoxical however, because they seem extremely real — more real than ordinary waking consciousness — yet are so out-of-the-ordinary and subjective by nature, that it’s hard to “bring back” any solid proof of what happened, other than one’s report of it. They have been called “mystical” experiences, which by all rights they are, being mysterious relative to our normal understanding of reality.

This experience happened in my 20’s, long before I had any understanding of the philosophical basis of it. Later I put concepts to it: it seemed to validate the reality of what is called universal “Mind” (such as in the spiritually based Three Principles Psychology (3P), or in Buddhism, etc.). I prefer the term “Universal Intelligence”, since it is more like intelligence than what we call “mind”: the word “mind” to me now evokes that which is temporary, false or illusory — but useful in the world — in the absolute sense (as pointed to in non-duality teachings).

“I” became one with, lost all sense of separateness and identify, merged into an infinite non-local “energy” field, for lack of a better word: an infinite void, yet completely full and filling all, beyond time and space, utterly quiet but buzzing with energy. I described it later as infinite Knowledge, infinite Peace, infinite Love. I saw the reality of the trinity of Beauty, Truth, Goodness (Love). I’m sure from the outside it didn’t last long, but subjectively I had no way of measuring how long I was “there”, since time was meaningless.

In the afterglow in the days that followed, I saw it self-obvious that love as what people want, and I felt very peaceful. Life was to catch up with me though, and I lost that sense of peace. I only felt I occasionally, such as while out in nature.

Years later, after a college education, I tried to define it as the intersection of Infinite Love, Beauty and Truth: the trinity the Ancient Greeks spoke of. Yet all those words can’t possibly describe what it was like. It seemed more real than any ordinary consciousness. A Super-reality, like a dimension that enfolds all dimensions, including the crude physical one we inhabit normally. It was sort of like light, sort of like energy, intelligent. But the word “intelligent” doesn’t capture it. Why does the non-you need intelligence or knowledge when all is one and infinite and there is perfect peace and love? All is perfect, beyond any definition of “perfect”.

The problem was, I was never really sure why I came back, down here to corporeal “reality”. It seemed so complicated and heavy… Perhaps to learn to love and be just Be, I surmised. In later years, I started to understand the difference between the life of the mystic versus the life of the “sage”. The first sees God as separate, in another realm, longing for that One with the Ultimate, the Love of God, to be united with the beloved again. The Sage on the other hand, sees it as here and Now, always, and eternal, unfolding forever, naturally, as This.

I’ve read other NDE accounts but they are usually so laden with religious meaning, and symbolism, and specific sorts of images, that I wonder why mine was so pure and different. What I experienced was totally general or universal — perhaps because I wasn’t raised in a religious household (my father was a diehard atheist, a “scientific” materialist, my mother a closet feeler of spiritual “patterns”, unable to really express them). Who knows: it could only matter because someone wants the same or similar experience, or wants an intellectual understanding, and there is simply no way to get it, make it happen. Sorry!

Years later, I read about Zen Buddhism, and studied meditation at a Zen center, and something resonated. It was the first time I felt like there was a “container” (a form) for the experience.

The closest thing I’ve heard to it is what Buddhists call a “Nirvana” experience. I’ve also hear it called the “Godhead”.

Even later I explored psychology in depth, through the spur of a deep depression. This led me eventually to the Psychology of Mind (also known as Health Realization), which evolved into The Three Principles. I also found sustenance in wisdom teachings that use Christian language and concepts. There is no contradiction between religions, because all religious experience is in the mind of human beings. And a true religious experience is beyond religion, is universal, would hold for all beings, including aliens and animals. All the symbols, rituals, ideas and artifacts of religion — even if you call Buddhism a “science of mind” — indeed even the concepts and language of The Three Principles — are made up using the mind, what is called the “power of Thought” in that field.

Was it real or was it some kind of brain phenomenon, a survival response brought on by lack of oxygen? Perhaps I won’t know for sure until “I” die. But it seems to be our ideas of death are all secondhand formations of our imaginations, that we’ve picked up or created, from culture, friends, family, and so forth. The fact is we don’t know what death is. Is it real? What is the actual point of death – it is an arbitrary line that we make up, looking from the outside? My inner experience tells me it has no reality, is mind-made, and that universal Awareness pervades and it eternal.

All I can say for certain is that it was a gift, a glimpse of Reality. Though the reality of it may always be a puzzle on this plane of existence, I got to see, briefly but powerfully, what the mystics of all ages are always pointing to. For that I’m grateful.

The Day I Died (Documentary):
https://www.youtube.com/watch?v=u1vWoUoiaP4

Science and the Near-Death Experience: How Consciousness Survives Death, by Chris Carter

Salon Magazine: Near death, explained: New science is shedding light on what really happens during out-of-body experiences — with shocking results. by MARIO BEAUREGARD:

“The scientific NDE studies performed over the past decades indicate that heightened mental functions can be experienced independently of the body at a time when brain activity is greatly impaired or seemingly absent (such as during cardiac arrest). Some of these studies demonstrate that blind people can have veridical perceptions during OBEs associated with an NDE. Other investigations show that NDEs often result in deep psychological and spiritual changes.

These findings strongly challenge the mainstream neuroscientific view that mind and consciousness result solely from brain activity. As we have seen, such a view fails to account for how NDErs can experience—while their hearts are stopped—vivid and complex thoughts and acquire veridical information about objects or events remote from their bodies.

NDE studies also suggest that after physical death, mind and consciousness may continue in a transcendent level of reality that normally is not accessible to our senses and awareness. Needless to say, this view is utterly incompatible with the belief of many materialists that the material world is the only reality.

Excerpted with permission from ‘The Brain Wars: The Scientific Battle Over the Existence of the Mind and the Proof That Will Change the Way We Live Our Lives. Courtesy of HarperOne.”

Proof of Heaven, by Eben Alexander. A questionable account of a supposed NDE.

Dying To Be Me: My Journey from Cancer, to Near Death, to True Healing, by Anita Moorjani

COMA Science Group:
http://www.coma.ulg.ac.be/research.html
“Our team assesses the recovery of neurological disability and of neuronal plasticity in severely brain damaged patients with altered states of consciousness by means of multimodal functional neuroimaging
It aims at characterizing the brain structure and the residual cerebral function in patients who survive a severe brain injury: patients in coma, vegetative state, minimally conscious state and locked in syndrome.
The importance of this project is twofold. First, these patients represent a problem in terms of diagnosis, prognosis, treatment and daily management. Second, these patients offer the opportunity to explore human consciousness, which is presently one major conundrum neurosciences have to solve. Indeed, these patients present a complete, nearly graded, range of conscious states from unconsciousness (coma) to full awareness (locked-in syndrome).”