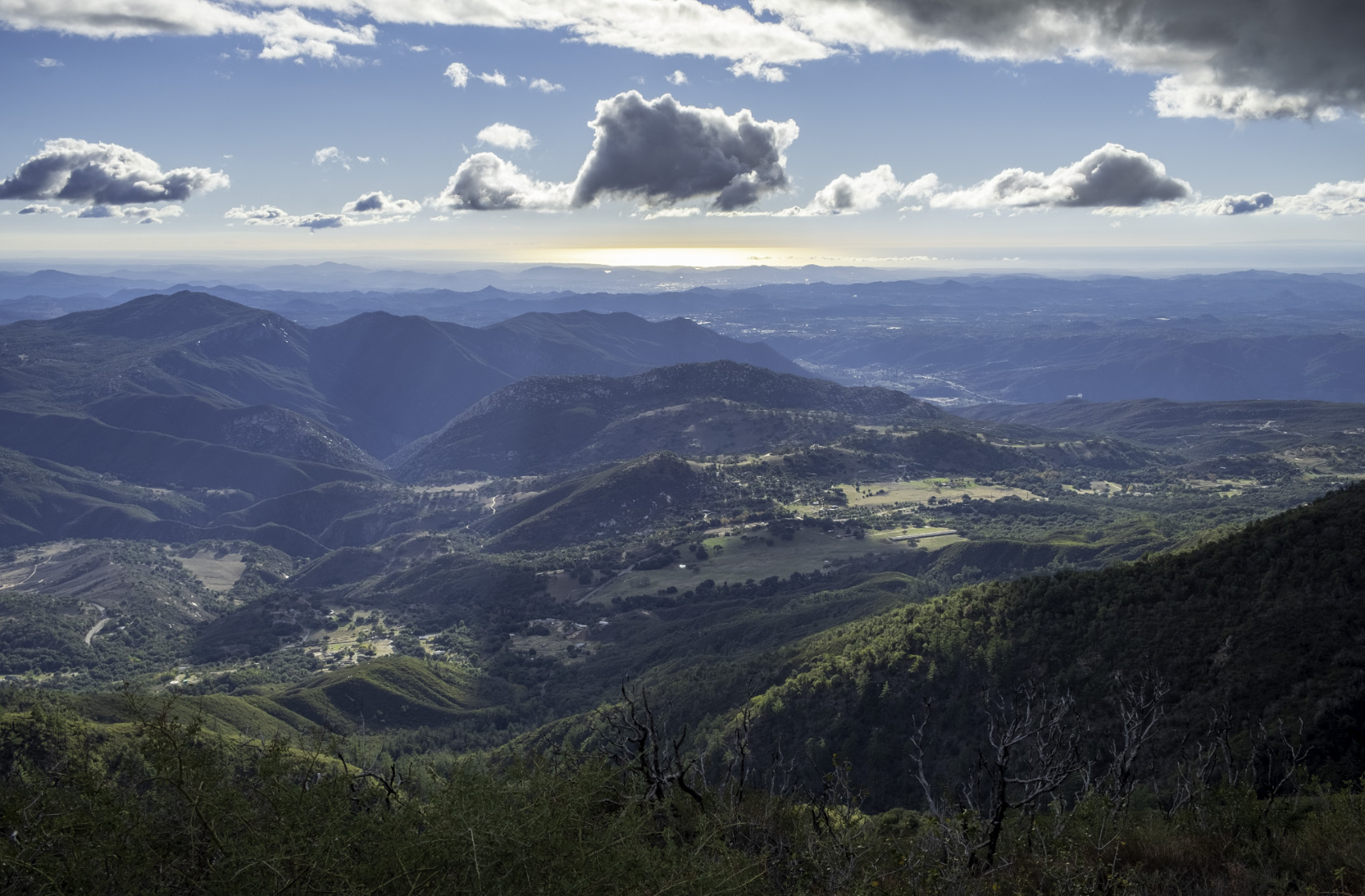 View from the top of Palomar Mountain. All images and text © Copyright 2018 Eric Platt

Journal missive from the balcony… another set of highly imperfect notes.

I once said to a young friend who I let crash in my living room, that was deep into spiritual teachings, but seemed to be very much in her own world, closed off, and often upset, taking things personally and running away (yet again), being a gypsy-hippie and living for the moment: “There’s a difference between living in the moment and living for the moment”. But she rejected this, ran away anyway.

But for anyone that’s interested, here I’ll try and explain what I meant, what I was trying to say.

Some idiot said “The Truth will set you free”, and this idiot writer agrees with that. Why idiot? Because the idiot mind merely repeats things, like a parrot, like a machine. It reacts. But truth, true intelligence, is not mechanical. It is living. In the moment. Not for the moment, but in the moment. Acting without reacting. Like Arjuna.

If you’re living for the moment, attraction and aversion are your masters. The hedonist and the rebel may be a step above the conformists, but they are still slaves, only of a different kind.

Living for the moment means one is chasing after pleasure (or from fear), as a separate entity trying to get something, or away from something, and is a slave to the mind and body, to what is perceived, felt, thought. One is identified with the body and mind. (To make it more concrete for the reader, “Wine, women, and song are fun, but can be done in two different ways: as exploiting or as art”. 😉 ).

Wanting and desiring are two sides of the same coin. I feel an emptiness so I try and fulfill it. But there’s a leak in the tank so have to keep re-fulfilling myself.

This is the inside story. But who is willing to face it. And who is the who facing it?

Living in the moment is harder to explain in words. I can try and describe it as an experience, and some of the qualities. It’s always easier to say what it is not. The nature of things is such that one can point to what one is not, but not to what one is, because what one is is what it all takes place in, the ultimate context, not a thing. No thing. Words like ”Consciousness” just make it seem like a thing again, an object. What you are can never be grasped. But you can turn away from it and pretend to be some thing.

You are open and free, free from the mind running you. You are detached: “you” are watching everything going on, interacting with people and things, and in some sense everything is the same, sort of like a movie screen where you are one of the actors. But you don’t care about what happens in the sense that while you are compassionate and care deeply, the illusion that they and you are separate isn’t operating, though you can see it as an assumption the character are using in the play. Like I said, this is difficult to explain – it starts to sound like a mental disease to a “normal” state of separateness, starts to sound like dissociation, but actually it feels natural and peaceful, self-obvious. “You”, as a body-mind are acting but not involved. What you say and do seems more objective somehow, because it comes from clarity, but it’s totally integral because it’s also obvious nothing is separate in reality, so there’s an inherent logic that is not personal. It’s impersonal living. It has a background of peace love and joy, a sense of a “high” that isn’t like a high from a drug where it feels partial and bound.

This detachment is not the result of effort, but a freedom from effort. It seems paradoxical, especially if we are achievement-oriented, approval-oriented. The “pursuit of happiness” is what this country is all about.
I experienced this “state” at times, but then it goes away. (I put “state” in quotes because states come and go, what we are doesn’t). I’m doing what I can to allow it to resurface, but old habits sometimes die hard. However, I see it’s the natural state, so it’s also true that “one is one’s own worst enemy”. It’s best to be self-loving, relax, take care, don’t react. But always keep in mind that in truth, one is universal consciousness, expressing itself as awareness… Again, frustratingly, words and concepts don’t do “it” justice. (How can the totality be an “it”?) But the words are pointers, reminders.
Just a little missive from the front… probably best to just keep quiet and enjoy. Live and Love and Light.

There was something else seemingly important I was going to say, but I forgot what it was. Some kind of key… oh, having to do with pain and pleasure being inseparable… oh well. If I drop dead… … what? Was something left unsaid (well, besides, “I love you, I’m sorry, I didn’t mean it” lol…)? Nothing really changes…