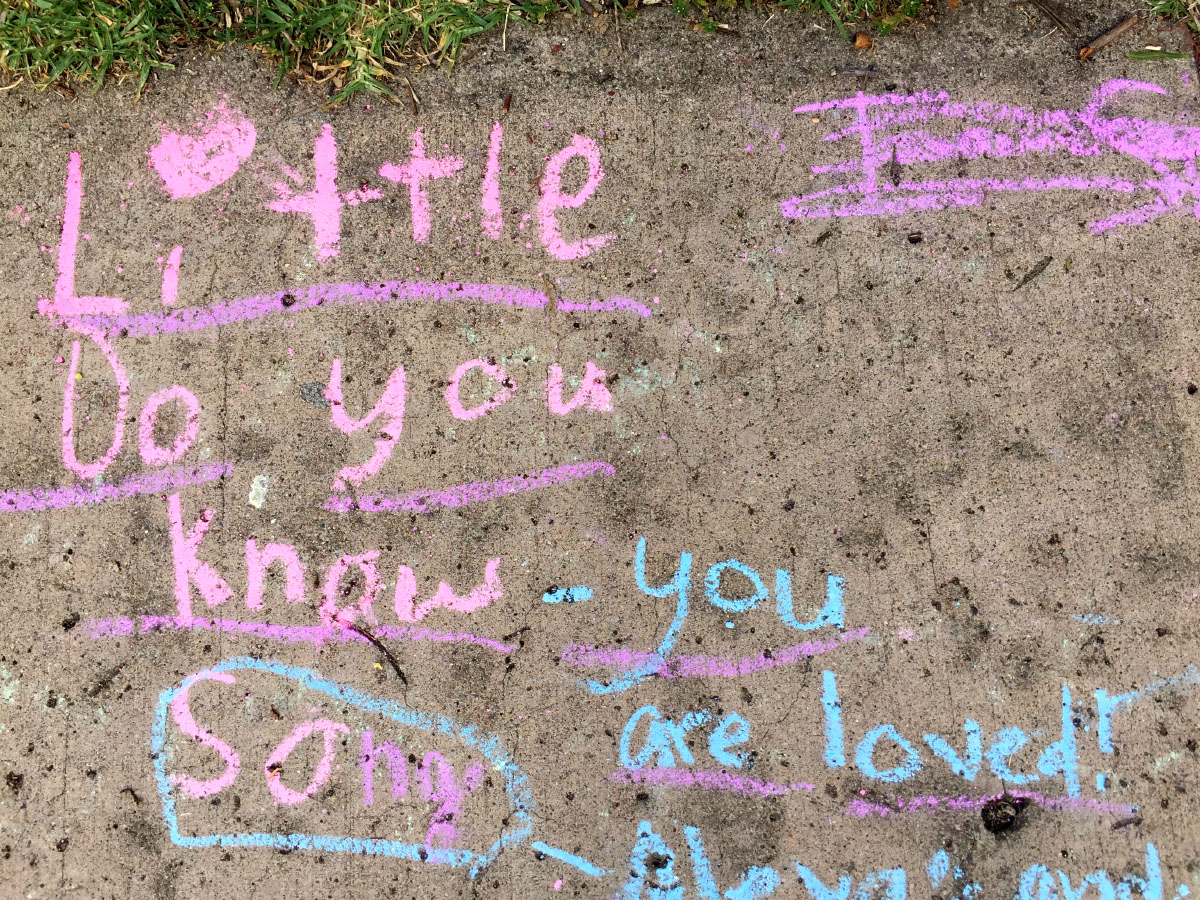 “Ordinary intelligence is a cerebral function. It appears as the faculty of adaptation and organization. It allows complex problems to be handled by bringing into play a large quantity of givens. Linked to heredity and to acquired conditioning of the brain, it operates sequentially, in time. This kind of intelligence is responsible for performing math calculations, formulating logical arguments, or playing tennis. Operating like a super-computer, it excels in accomplishing repetitive tasks and may one day be surpassed by machines. Its source is memory, the known.

Intuitive intelligence appears as understanding and clarity. It is responsible for seeing simplicity in apparent complexity. It strikes directly, in the moment. Always creative, free of the known, it is at the heart of all scientific discoveries and great works of art. Its source is the supreme intelligence of timeless awareness.”  – Francis Lucille,   Eternity Now

This innate intelligence is something that mystic and prominent healer Sydney Banks talked about quite often (an entire field of alternative psychology and life coaching was spawned from his teachings: Three Principles Psychology). He would call it “natural intelligence” (which is a misnomer because they are both natural), versus learned intelligence. Or “plain old common sense”. He also spoke of seeing in simplicity all complexity:

“Your eyes must see in the singular if you want to find truth.” The Missing Link (p. 69)

By “eyes” of course he didn’t mean the physical eyes, but the eyes of our awareness.

One of the reasons I left the academic philosophy department was that I saw very clearly (had a massive intuition to be honest – still unfolding to this day, in this essay, 30 years later) that the academic mind, particularly in Western philosophy and psychology, had lost its soul as it were, become alienated from true first-hand experience, and only recognized “knowledge” repeated from the past, in part or in whole. This could be called a machine-type intelligence, a processing intelligence, and not intuition. I also see there was a clear reason for this prejudice or taboo: intuition, seen deeply enough, throws into question all the assumptions about the nature of intelligence and who and what we are and what reality is, since it is a direct knowledge, straight from the unlimited source, the universal Mind. That is, from Reality.

“To see a light, no other light is needed.
So also, the Self being self-effulgent, needs no other means of knowledge.
It shines of itself.” – Atma Bodha by Shankara, translated by Ramana Maharshi

But academia is committed to the material and pseudo-scientific model that reality is built up from little parts and the operation of those parts to create life, intelligence, and everything. They believe in something called “matter”, even though the physicists haven’t found it yet. It’s a faith, and I lost faith when I saw directly their dogmatism and was criticized and put down for questioning their dream of salvation in finding the ultimate material model in the future. I saw clearly that that model can’t account for my experience (what I later called “Consciousness” – that wasn’t even in the vocabulary in academia), or intuitive intelligence. This intuitive intelligence is also one and the same as the source of creativity, was operative in the formation of the first living organisms, for the creative evolution of infinite life forms, for love, for beauty, or the perception of self-evident truth of logic, reason and common sense. They had their heads up their respective asses, in short. It was a big ego game. A merry-go ‘round re-playing the same questions and answering with the same re-used tokens of “knowledge”, hollow as a coin with a hole in the middle.

After that I became interested in a more applied philosophy: the question “how to be happy,” rather than the just more cerebral and academic puzzles. As it turned out, within the realization of intuitive intelligence, is the answer to that question.

“The ego concept is the root cause of all delusion and therefore, all trouble. It is the false identifying of “I” with a body rathe than with the Self.”
– Lester Levenson, from Keys to Ultimate Freedom

However I didn’t know how to access this intuitive or natural intelligence and freedom reliably. There seemed to be interference. This “noise” I was to understand later, is a very ancient habit, laid down over millions of years as we were evolving, as a survival program. This linear program (as contrasted with the non-linear one of intuitive intelligence) – this surviving through *time* – allowed plants, animals, and humans to continue through time and space, and is the imprint of the past that brought us to the shore – the shore of the Absolute – on which I stand now as I write this. It’s the mind’s story of what we are as a body and a world, a universe seemingly “out there”: the world of appearances (of phenomena). It’s the story we learned in school and from books and was reinforced by teachers, students, friends, society, family, and so on. It’s a beautiful and brilliant story, but it’s ultimately just a story. Useful up to a point, but limited. Fear and desire lurk inside it – maintain it.

The interesting thing is that this intuitive intelligence has always been there, and peeks out in moments of love, of the perception of timeless beauty, in moments of clear understanding that come to us out of the blue, and in remarkable experiences of serendipity, and in so-called psychic phenomenon such as premonitions (which are really just a peek behind the curtain to the fact that there is no real separation in reality – no space or time except from the mind).

Can all of this be proved? Only for yourself, in your own experience. It cannot be proved to the mind, the processing mind, because the mind operates only in time and space, like a computer.

“Getting involved in intellectual questions and discussions validates the ego and avails you nothing.” – Lester Levenson, from Keys to Ultimate Freedom

This is not to say that intellectual discussion is not fun, enjoyable, and useful at the “level” of the relative (levels are only a way of seeing). The intellect is a beautiful and incredible tool, and can even be used to un-do false beliefs, or build toys or tools in the world of phenomena, and see it’s relatively sustained laws, such as in physics. But ultimately it is like becoming mesmerized by surface patterns on a ocean, when what you want, what you are, is found by looking inside, in silence, and know the ocean (sorry for re-using a popular over-used metaphor, but it’s a good one!).

Intuition or direct knowledge gives you a shortcut through time. It’s like God giving you a free pass. It’s what’s called the “vertical dimension” by psychologists (for instance George Pransky) interested in human potential. It’s easy – effortless. The only hard part is the seeming difficulty of letting go of the ego. Another name for ego is “who you think you are,” as opposed to who you are before thinking.

Have you ever noticed how the answer to a hard problem you’d been working on, or actively analyzing, or something you were trying to remember but couldn’t, came to you after you stopped struggling and working on it, stopped effort-ing? The answer came while you were doing the dishes, taking a shower, walking, or while driving, when your mind was relaxed or focused on something in the flow.

Those who are in the habit of questioning and skeptically objectifying may be asking, well why would Intelligence or Consciousness hide itself or make it hard to to realize the Self or intuitive knowledge? The answer is that this is nearly the same in essence, as the age old question about the existence of evil (if God is infinitely good and powerful then why is there suffering and evil?). That’s a question to be answered in an entire chapter, but for now, by analogy let’s say “Why do you look in a mirror? Why do you like stories and dramatic music?” Why do you like to have fun and not be bored? And as a corollary why do you take life so seriously?

Why do we like to fight, argue, create conflict? Why do we love to be miserable (admit it, when you are totally honest in your heart), be victims, point out the flaws of others? Why do we judge, feel superior or inferior, enjoy watching violence on TV, soak up the news of other’s misfortunes, laugh at cruelty and suffering, get angry at the idiot drivers, and yell at our loved ones? Why do we hate our bosses and politicians and anyone else we can think of when we run out of people to hate? Why do we indulge in guilt and remorse about the past, which we have no control over?
Answer: because it keeps the ego going, the sense of a separate self. This sense of a separate self is under the delusion that its existence – the arrogant presumption – is necessary and needed because you will absolutely disappear and not exist without it. It believes in death. Death and separation go hand in hand. If there were no separation, how can there be death? The totality is always and everywhere the totality. Therefore, we must hang on, and want to have seeming control – power over the fate of this separate entity.

To sum it up (limited in time and space as the writer and this essay are, or seem to be), in the Now intuitive intelligence knows itself in a moment of Self-revelation or uncovering. This is called insight (a sight from within), and is not only useful in self-understanding and with problems in the world when allowed, but comes with a feeling of joy. Happiness is our true nature, and its unlimited nature are present when we stop interfering in the channel and are open and giving. Love never disappears, it just gets veiled for a time. Relax and let it flow. Live from the inside out…