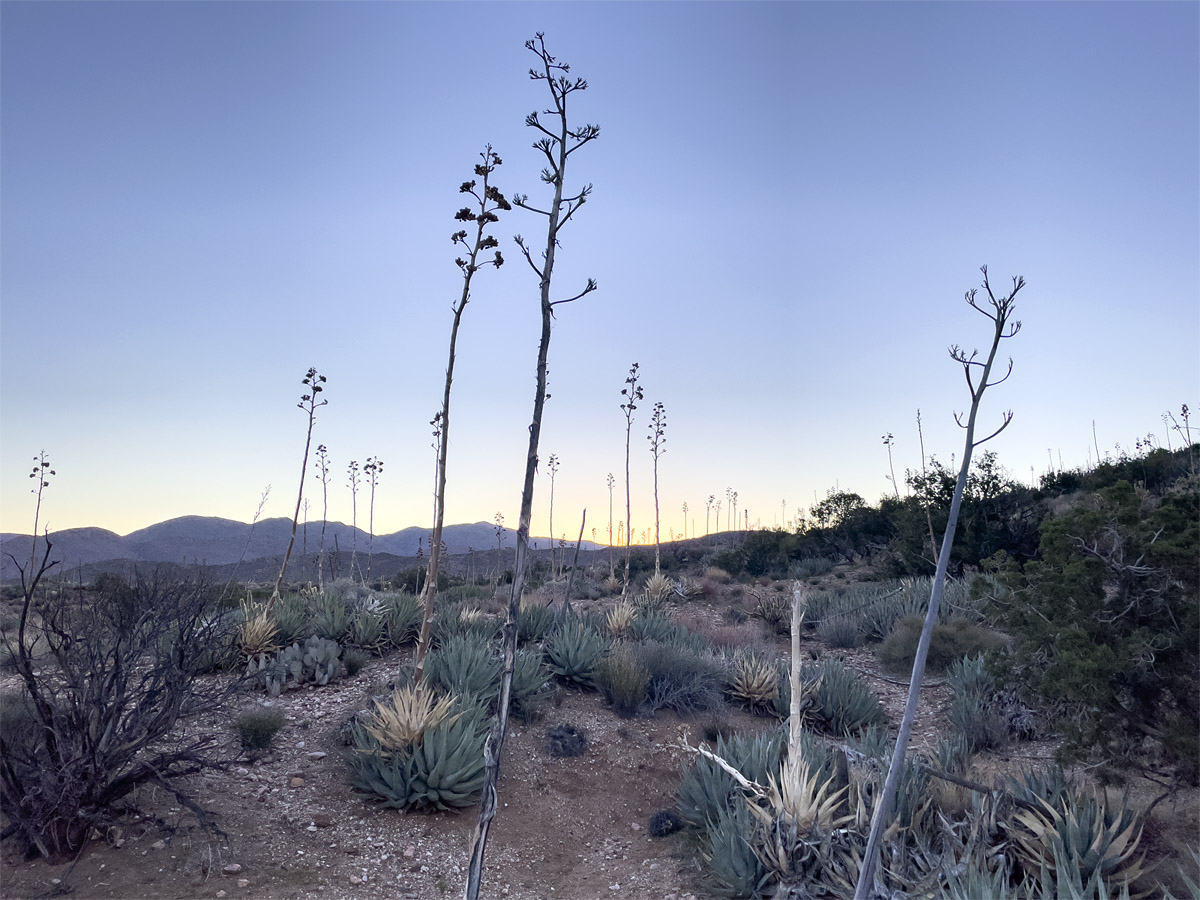 Notes on The Integrity Of The Teacher

No one is in any privileged position with respect to Truth (or Beauty or Love). There are no authorities in that regard.

This is something I’ve discussed over the years with fellow “students” or “seekers” (including those who have been with Osho or Andrew Cohen and other gurus, including “crazy wisdom” teachers).

Once one sees that we project a great deal onto “teachers”, and later realize there is no such thing as enlightenment for a person — the “myth of enlightenment” — that there is no “becoming enlightened” for a person, it changes our seeing. It is more accurate to say “Enlightenment itSelf un-peoples itSelf”. Or, universal intelligence, the Self reveals itSelf to itSelf (the well-renowned nonduality teacher Francis Lucille agreed with this in a public dialogue I had with him last year):

The teacher becomes a friend in the same position we are in: not knowing what we are, as objectless awareness. We are all in the same boat.

Once you see that the bodymind is appearing in this invisible limitless field, as is everything else, you see that these teachers are another appearance in awareness, just as this bodymind is, and they cannot claim a special status fundamentally (other than as alarm clocks, to wake up from the dream of separation), any more than I or anyone else can, nor can we say they are not people or not human (as I’ve heard many students say, not wanting me to talk about them like we talk about anyone else, such as their finances or clothing, believing or feeling they are fundamentally different), unless we say the same about ourselves at the same time: it cuts both ways. This much is clear.

Likewise, we put them up on a pedestal at our own peril. And, at the same time that we see them as “only human”, we also cannot use that to give them a free pass, as if they (and us) are beyond human behavior standards of “do no harm” (the Hippocratic oath), given that they are in a position of power, even if it is a power of seeing or “spiritual” power. With power comes responsibility, and accountability is in proportion to responsibility.

How much can you really separate the teacher from the teaching?

You can see when there’s a little bit of behavior that is excusable as a human, such as things I would forgive myself for (as a free and self-loving being): foibles, preferences, small habits, human weaknesses and mistakes, conditioning and normal desires (which is a matter of debate in itself – what is "normal": that which is not driven by a psychological need I would say, and harms no one, including oneself) … is it a matter of degree? Residues of vasanas that remain in one who is supposedly more “established" can come up. In the case of a certain deceased guru that who acted like a bit of a con man (which is open to interpretation) and made passes at women, at what point does it start to taint the message – where are they teaching or where are they being the rascal? If you are listening to their teaching, one may wonder, knowing their tendencies to stretch the truth and tell stories for example, whether they actually channeling some wisdom at a particular moment, or are they being the con man and the story teller? Where does one leave off and the other begin? In that sense it may taint the message, because it brings in a mental doubt, and you don’t want to have any doubts about the integrity, clarity, wholeness or establishment of the teacher. You can’t entirely divorce them from the message. You should divorce them in the sense that it’s up to us as a knower of truth that we can only know it ourselves from within; we are "the Sage". But if we are listening to someone for a transmission, a communication, a message, it means we have to be even more careful who we are listening to, even if the very same teacher says “don’t believe me, test it out yourself, look into it yourself.” You have to do the work.

As far as consistency and attunement, the matter of integrity, we want to see how they live, how they interact with others, how happy and relaxed they are, how honest they are, how open, how they treat humans and animals and plants…

On one end of the spectrum you have those that say one should “surrender” and trust the teacher 100% (they may have had that experience of total surrender, or some need for that, a psychological predisposition or conditioning – their path perhaps – to a teacher, a more Bhakti moment), and at the other end of the spectrum, the more philosophical and experienced, needing 100% of their own verification, like in the blockchain: the Zero Trust model. If I don’t experience it myself, why should I believe it?

Truth is empirical and real, even if it is “within” or subjective. There are no authorities in this sphere.

We can have glimpses of truth, even though at the human level we are not “pure”, or living like Jesus or Buddha or Ramana.

Most key, where does one draw the line: does a teacher’s human imperfections, human-level mistakes or ethical transgressions (such as lying or making up stories about their life, or making passes at students) taint the message, such that we are not sure what to trust, what is “pure” in what they say. Where does the pure and impure leave off? If they are highly skilled verbally and in acting as an authority figure, people will tend to take what they say as truth, or absolute even when they are clearly wrong. This is all the more possible when they are seen as somehow not human, as fundamentally different or higher somehow.

“Poets, priests and politicians
Have words to thank for their positions
Words that scream for your submission
And no one's jamming their transmission
'Cause when their eloquence escapes you
Their logic ties you up and rapes you”
~ De Do Do, by The Police
(https://genius.com/The-police-de-do-do-do-de-da-da-da-lyrics)

In other words, being a spiritual teacher does not give anyone a free pass ethically or legally (even if they say they are of the “crazy wisdom” school!). This is aside from questions of what damage the behavior may be caused in terms of trust, trauma and cynicism (towards spirituality and teachers)…

All paths are good? Yet Truth is Truth…

Finally, does any of this (ultimately or in the long run) matter for the contemplative, since there is only One Sage: ultimately, one must look there, to Truth itself, not any separate “sage”. We must be independent, and grow up, at some point. Even the devotee of love in an object, the Bhakti, must eventually grow up, and see love and happiness as objectless. We have to look within (and without, as they are one, in transparency), as you are That, a light unto yourSelf.

20. The Natural State
“… A man believes he is bound, becomes miserable, seeks liberation and for that purpose approaches a Guru and listens to His teachings. But all this time he was unknowingly standing in pure consciousness alone which is itself the truth he was seeking.

When once he becomes fully aware of this stand he is freed and thenceforward, all thoughts, feelings and objects of perception will be pointing to himself.”

Because the disciples earnestly and sincerely ask questions. But when the truth is being imparted, the Guru stands as Truth beyond the talk; and the disciple is also pulled up, in spite of him. The disciple may begin by listening to the talk, but he is soon taken beyond the talk. The talk is not itself the Reality, but the Reality is in the talk and is the goal of the talk.

The personal is taken up by the impersonal for discussion, and the language of the personal acts as the medium. But the personal – including the medium – is given up, when the background is visualized.

Is there perhaps a need to be held to a higher standard of accountability and responsibility (not lower or equal) in proportion to on an acting out of a sense of implicit authority, by the very act of sitting in front of a group and taking questions?  I am not talking of just an informal gathering of democratic friends talking with each other, but rather the setup of going through a figurehead who is the “boss” in the situation, and supposedly knows something (even if they disclaim any authority).

We must remain in our strength and be scientific in the sense of always retaining our skepticism, and not believing anything until it’s been demonstrated in our own experience. Non-duality is the ultimate empirical philosophy. It’s not about what anyone says or what I think or feel. It’s about facts of experience.

When the absolute gets mixed in with the relative and the teacher or the student start thinking that some things they may say about the relative, such as politics, come from some sort of spiritual insight, when they may be simply personal opinions beliefs or positions, we are on a slippery slope to absolutism.  The teacher may even think that they are ultimate or absolute.

But of course we must always be open to allow all your minds to be changed regarding our old,  outworn positions opinions and beliefs. Eventually everything has to be given up and nothing owned or identified with. But we still need to retain critical thinking skills. This is an essential part of the spiritual path, and leads to discernment.

No one is in any privileged position with respect to Truth (or beauty or love). 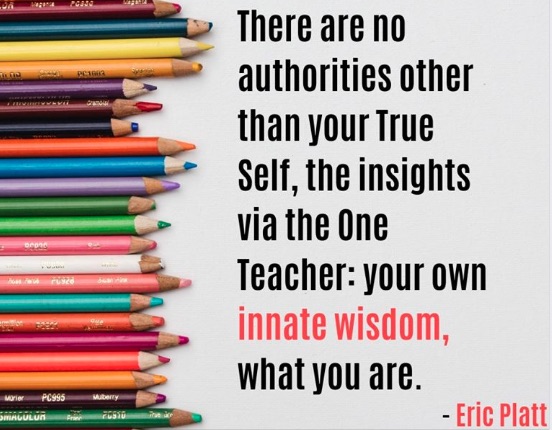 Resources:
The movie Kumare  is  "A documentary about a man who impersonates a wise Indian Guru and builds a following in Arizona"  to make a point about independence (and about projections – of “presence” of authority, or whatever).