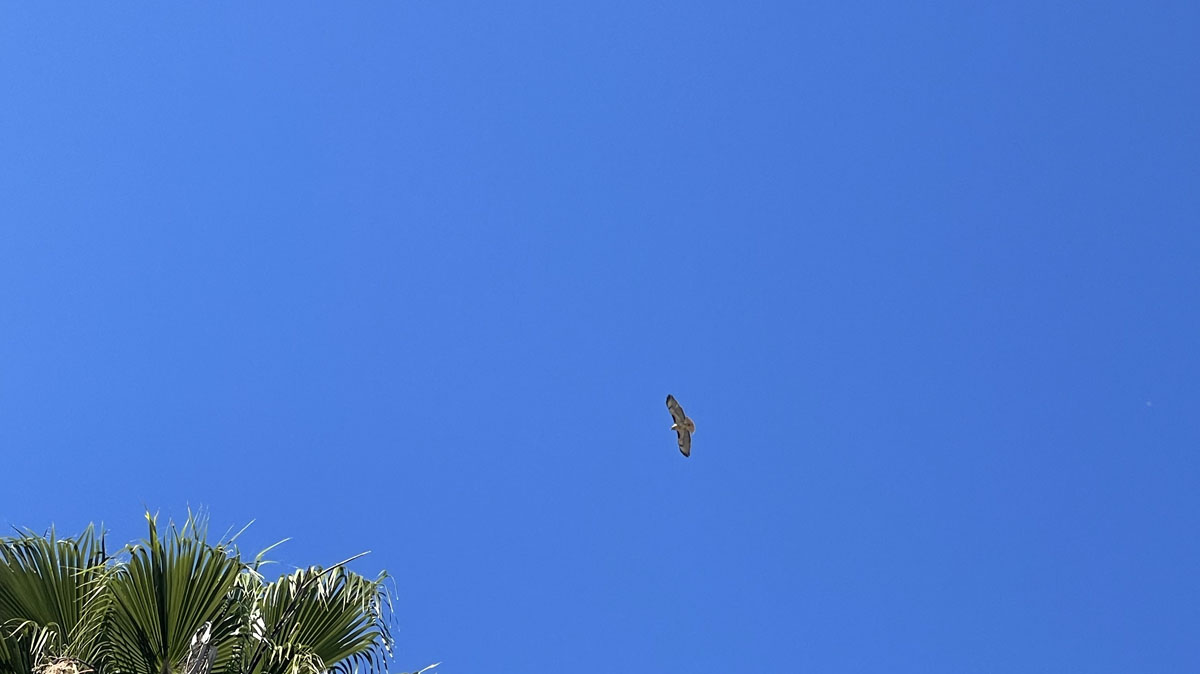 Who is running the brain? Where did these thoughts come from? They seem to come from nowhere and disappear into nowhere. Who’s running this show, anyway?

Right now, listen. To whatever there is. Be it inside or outside. Look, listen and feel, taste and smell. Without looking, listening, feeling, tasting and smelling. It’s not an effort. It’s going on by itself.

We seem to be able to direct the attention on one subset though.

Any division is just a thought (an so-called internal sound) such as a name of an object, or an image in the imagination. They come after the perception or the sensations they are associated with. The raw sensations and perceptions are nameless and are just what they are. Immediate.

What about the attention. Direct your attention to the attention itself. Notice how you decide to stretch the body, or scratch an itch. Where did that impulse come from? Did you decide for it to arise, or did you just notice it after it arose. There was a noticing of an itch. Did the itch cause the noticing, then the impulse to scratch came after that? Sometimes the entire thing happens unconsciously and you only notice that you are itching and scratching just after you did it.

We may think it’s the brain doing this, but right now that’s a concept, a memory, an image, a sound, whatever – some sensation perception or thought. In other words, a concept. In other words, you don’t know that, you just have been told or learned it.

And you learned that you are the prime mover, the decider, the willer, the cruise master, the captain of your ship.

You could say that the will is the universal will, the will of consciousness or universal intelligence or God. But can you find that, the central authority? In other words, something that is not a concept, right now: not just an image, not something learned.

The actual, raw experience is, there is what there is, immediately, and it has no name. Absolutely no name, Nothing. Absolutely free. Check it out for yourself.

When I hear someone asking a question about decisions, such as where do they come from, they are really not interested in that so much as, how to make the right decisions. How to do the right thing, and control the future, make sure it’s safe and prosperous and under control or whatever. Avoid bad things and go to good things: the prime directive of the amoeba, the shark, the monkey and the human.

Or they may be interested in a meditation because they are feeling anxiety, agitation, concern or worry, about the future, or just a free-floating anxiety. Or anxiety about themselves or about the world and themselves, or whatever.

Now, people talk about “awakening”, such as awakening with a teacher. Where is this awake-ness, or whatever you want to call it: is it coming from anywhere or going anywhere? So … what on Earth are they talking about? Did it arise? If we call it emptiness or freedom, is that more clear? It still sounds grandiose, or suggestive of some spiritual thing, Buddhist thing, or tangible asset. But if it’s empty and free, how can it be an object. It has no location. I can’t even say, I am “here”. I can’t even say “I am”. It’s just words, sounds, thoughts, suggestive of something behind them, either as an object, like maybe a body or a person identity, or a will. From your perspective you will see what you label and identify and separate out as a body, and conceptualize as a person; but here, there is nothing fixed or solid or central. Except freedom. And that has no location or structure or form.

Well sure – I see a bird out there whacking a peanut with it’s beak. There appears to be motion. Like there is motion apparent in a movie. But overall, the whole movie is appearing in what? It’s hard to say that it moves, since it would be in relation to something, and there’s no relation to anything. So no, freedom doesn’t move. But there is motion. So it moves and doesn’t move. See how kind of meaningless these questions are.

But we want a conclusion or an answer. Some of us. Something to say. Some wise words. Some reassurance.

All one can say is that if you really stop listen look and listen. And breathe. You can see, that there’s nothing happening, and eveything happening. And therefore, the time that it supposedly the basis, the basis of your worries, is nonexistent.

By this I undermine everything you try and stand on. And there is no “I” doing it, or any thing.

Don’t make a religion out of anything.

If you read the Gospel of Thomas, everything that is being said is about no object (not an easy thing to suggest to the mind of a human), but in allegories appropriate to the time, the culture. Here is a “random” example when I searched for the word “house”:

(15) Jesus said, “When you see one who was not born of woman, prostrate yourselves on your faces and worship him. That one is your father.”

(17) Jesus said, “I shall give you what no eye has seen and what no ear has heard and what no hand has touched and what has never occurred to the human mind.”

Non-duality is not something new. It’s been there since the beginning of time, a time that never started or stopped.
Then people heard these messages and made religions, mistaking the form for the formless.

If something has no beginning and no end, it is by definition infinite.

From above it is not bright;
From below it is not dark: An unbroken thread beyond description.
It returns to nothingness.
The form of the formless,
The image of the imageless,
It is called indefinable and beyond imagination.

Knowing the ancient beginning is the essence of Tao.