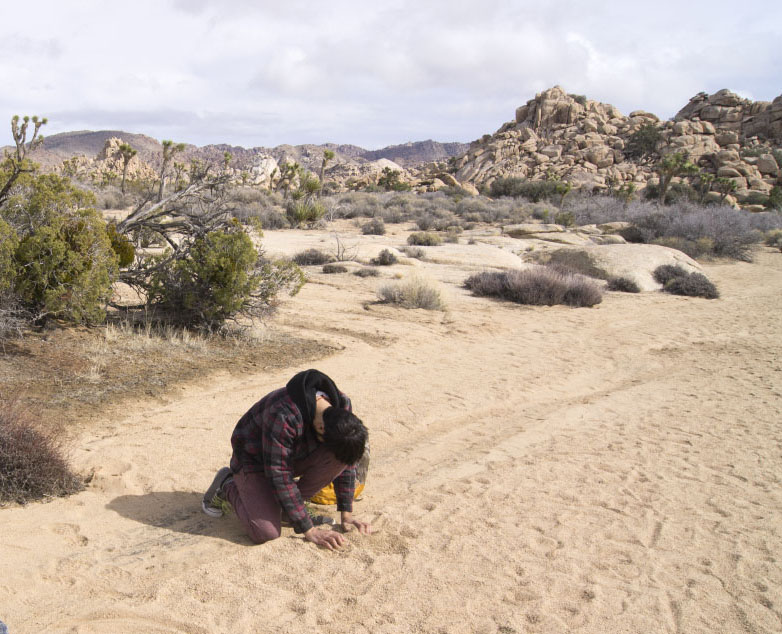 About Needing “Grounding” and Spiritual Teaching

The question often comes up, what is meant by “grounding”. Am I “grounded” and how can I tell if someone else is “grounded”? The question was spurred by my participation in forums of the spiritual psychology movement known as The Three Principles (3P)*, which is where I hear this question often, and sometimes in the context of other spiritual communities as well, such as Advaita vedanta.

What follows are some of my initial thoughts: think of this as an editorial (but with a large grain of truth, based in experience, happily!).

That one needs “grounding” is not the best metaphor in my view, as it bring to mind an image of a *thing*. Or it sounds like achieving a certain state. It really simply means you can only give or teach who, or really, what you are. You can only teach what you know.

Then, if your answer is yes to all three, some tools are handy:
A. Being a teacher (not everyone is born to be a teacher or wired that way, or have learned the skills).
B. Some good tools or metaphors, stories and analogies, like The Three Principles teaching model.
C. A strong desire to teach or a call from others who need your services.

But the model is not the territory: a grounding in the 3P is not about the 3P, it’s about what the 3P are pointing to: what’s been called the “inside-out nature of life”. This is often confused. You could take 300 classes and seminars and study the 3P for 30 years and be certified and stamped as “grounded” and learn everything backwards and forwards and be able to recite it and write books and give seminars, and still not be actually, truly grounded.

As a side note, Jack Pransky interviewed George Pransky, for Jack’s book “Paradigm Shift: A History of The Three Principles”, about trying to implement a certification system back in the early 1990’s, and looking at grounding, but they realized there was no objective way to measure it, and the project was scrapped.

“We began to see that this work was all about grounding, and that grounding is hard to evaluate. It’s a large, subjective component. There were no techniques that could be evaluated, as in other approaches. The only thing that mattered was the person’s understanding, and that was difficult to quantify. …We concluded that this understanding does not lend itself to an objective qualification program. I feel that way to this day. I think that a certification program in the Principles would be fraught with insurmountable difficulties.”  George Pransky, in Paradigm Shift, p.74

Who is to say who is “grounded”? Would it be the highest guru or teacher? Who certifies that? It would have to be God, but unfortunately, the various direct channels to him are alas, back to square one: us imperfect, generally incompletely realized, subjective humans. So… only you, the “grounded”, know for sure, and the students may get an inkling too, as well as other teachers, from how happy they become and the kind of vibe they pick up from you. But no one but you can say for sure. It’s just like with religious or spiritual teachers: you can only measure it, as it were, from the fruits of the teaching and understanding: are people becoming happier and more free, or are there all kinds of shenanigans going on, that indicate ego at work (an extreme example would be religious or cultic leaders like Osho or Jim Jones).

So how can you measure it? You can’t, but you could tell by the fruits (see the 3 questions at the start of this essay).

And like “grounding”, Mind, Consciousness and Thought are not a thing, not tangible, but a message, a metaphor used by teachers and students, indicating towards the source of experiencing, the reality of which cannot be grasped by the personal, limited mind or understood intellectually. It is pointing out what is behind your every experience, right here and now. The understanding is experiential in essence, as it is not only about experience, but is experience. And the quality of that unfolding experience will change, yet be “grounded” in that which does not change: the unnameable reality of “Mind” or “Consciousness” or whatever you want to call the source of experience. It is a self-rewarding process, not dependent on externals. It’s a love affair with Truth, as it were.
The 3P are just a tool to show the way to knowing what you are, just like all paths: non-duality, Buddhism, mystical Christianity, whatever.
The 3P are not a thing, just a pointer, a teaching tool.

Sometimes I think the 3P are too complicated, because in being put out through psychology, or as an answer to the old psychology, or packaged as a kind of psychology, it becomes a thing to understand, learn, study (another thought form). But what it’s pointing to is a “vertical dimension” that transcends thinking, that accounts for new thinking and complete changes of outlook. as in non-dual teachings, what one needs to do is *unlearn* all the false beliefs about what you’ve concluded is “you” and allow the unfolding, the flowering of what you really are: that is what the 3P and all the teachers have been trying to point out. It’s about reality as fact, not as thought (what you think you are, or thought you were, or what you thought reality was…). In this sense it is similar to the Direct Path.

Why do you think Syd Banks (the enlightened founder) kept pulling the rug out from under these psychologists who were developing the models, and coaches, laying down the law, and for example having them pull their tapes that were getting too much into detail about specific psychological issues, and telling them “You don’t understand the Three Principles!”, and saying “It’s Spiritual!” to psychologists like Mark Howard, before he was about to give a talk? (See Jack Pransky’s book, Paradigm Shift, for more details about historical incidents like these).

Ground down to its essence (no pun intended), the 3P’s aim is to show you that right now, there is only one thing in the way of being happy: your thinking. And parenthetically, I believe this is why the “Single Paradigm” teaching has arisen, thanks to folks like Dr. Keith Blevens & Valda Monroe, to try and get to the “purity” (another deceptive word and concept) of the teaching or message or method. But the purity is to see that whatever you think The Three Principles are, that’s not it. The Tao that can be named is not the eternal Tao.

The result of this insight or grounding is that one sees things from the inside-out instead of outside-in. Peace and happiness are seen to be innate, and things “out there” in what we took to be a solid objective reality, we realize couldn’t be causing unhappiness or distress. Of course, there is no inside and outside – that’s the point – we created a duality and set ourselves against a world: a world of our imagination. Ineffably, reality is found to be friendly and harmonious. It has built-in super-intelligence, that goes beyond our piddling personal will.

On top of that is the commercialization, the attempt and desire to “apply” it, making it more of a thing to study and commodify. Therefore you have to certify or prove your “grounding” and worth in the marketplace. It also becomes goal-oriented: you’re trying to get something out of it, for the self that needs to be looked at for it’s reality in the first place: so do you come to the teaching with ulterior motives, or is it a truly impartial looking and investigation?
There is nothing wrong with getting paid for a service, and trying to help others to be happy and free, but if a business or career goal is the initial or primary motivation, before one has even found one’s “grounding” and Source, you are playing a game with your mind. It’s just like the game of self-improvement: you will never “get there”, because you are starting from the assumption of what is the problem in the first place: the little self, the thought-derived false entity, or “ego” (I don’t like that word because it carries too much baggage from psychology and Freudian concepts of self). So one, in essence, ends up applying a tool without knowing what it’s for!

In my opinion, no one should be teaching the 3P or other spiritually-based teachings unless such an impulse came about as a spontaneous realization – whether from studying the 3P or not it doesn’t matter – and they are a (born or made) teacher, and their primary motivation is love of what they do, and a continual subjective flowering of their true self. If they have a object-oriented outlook (i.e., they see themselves an as object, the world as objective, and they have an objective, and see you as an object…) and see others as means to an end, watch out: misery-lane ahead, confusion will ensue, and/or you could end up wasting a lot of time (and money). Although, the truth is, whatever “mistakes” you make, or “bad” teachers you encounter, will also be a part of your true path: they will help you discriminate the wheat from the chaff.

There’s also the interesting misperception in the spiritual community that if you become “enlightened” (who becomes enlightened?) you automatically become a teacher. Not so…
Likewise someone could have the world’s deepest “grounding” in the 3P and not become a teacher or coach…

Finally, it’s very important to see that by working on oneself, by becoming happier in a true way, in and of itself, becoming more of who you really are, you are automatically helping the entire world, the entire universe – because you are that. Like ripples in a pond, light spreads endlessly. Do not set out to save the world (we’ve had enough Pol Pots and Hitlers and Stalins, thank you very much). In truly and absolutely freeing yourself, you are of service to all. So start with yourself, and start from where you are. Don’t make the focus others – there are no others – or the world. Be in this world but not of it: transcend thought, be the observer of the mind-created universe. That is the best way to help humanity and the planet, etc, paradoxically. Let it unfold naturally, effortlessly…

To end, I’ll mention that in my life I’ve taken a long tour as it were, through many different wisdom traditions, all pointing to the same nothing (no-thing). And here I am, feeling very light, not knowing who I am – so it’s more like a not-taking oneself (the real, serious, fake self) seriously, and not knowing: a kind of mature innocence, a freedom.

But to teach something takes skill, and a love of it, and there are some people who are born teachers. It’s also good to have a good repertoire of tools, like a gift for or memory for words, stories, helpful concepts, a vehicle for your clear understanding. And a calling…
Personally, I have always enjoyed creating stuff and writing, and spontaneous conversations with friends and strangers. So that’s what I do. It could change – never say never. But now is now.

*(The Three Principles are universal Mind, Consciousness, and Thought).