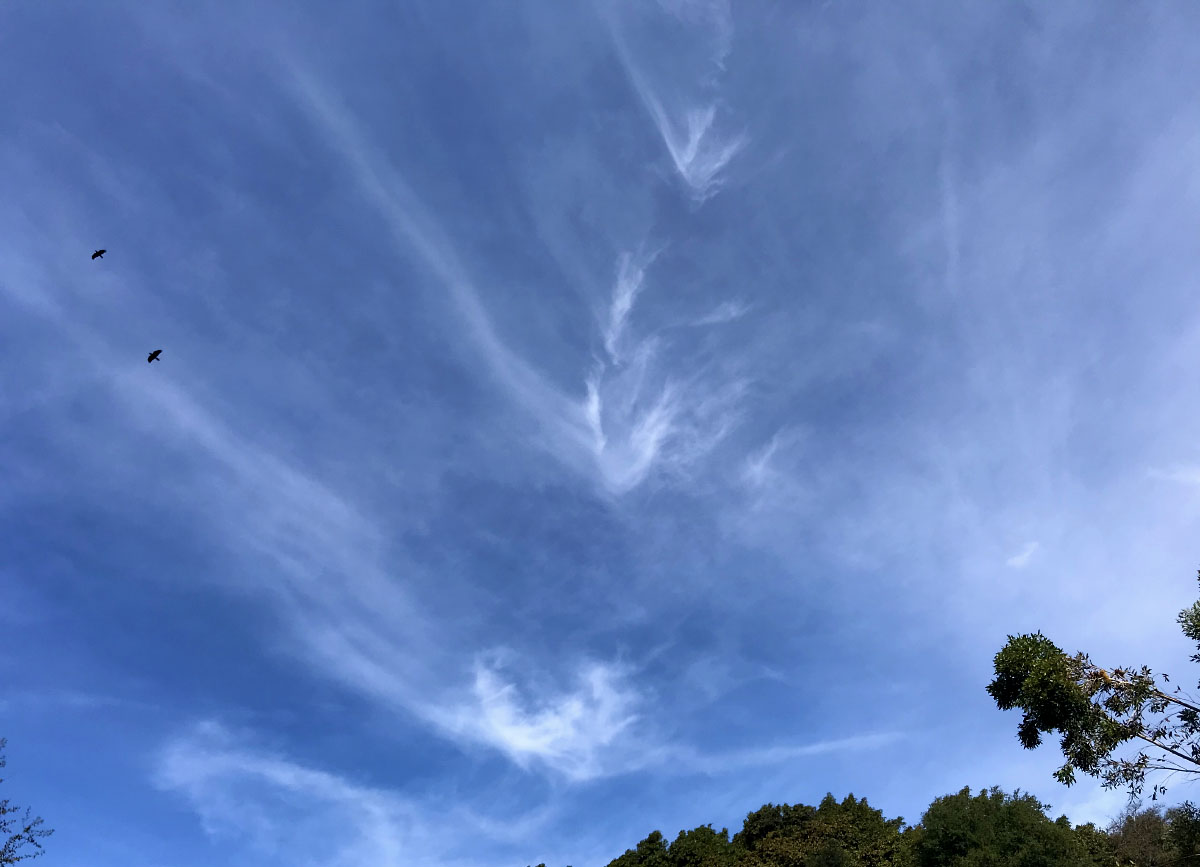 Notes on Liberation and Free Will

Just by getting your (little) self out of the way you become a blessing to the world – you don’t have to do anything. But if your self is still in the way, then there is something to do – some form of “working on yourself”, such as observing one’s thoughts and reactions. I’m reluctant to say “practice” because it implies some kind of repetition, a mechanical doing, or mind-based action that I know from experience is only a delay.

But if you’re not completely at peace and happy – that is, you are not experiencing it, and still feeling very human – then apparently something needs to be done. The answers about what needs to be done vary across the spectrum and are as diverse as there are beings to yack about it, but they could be said to boil down to two camps: those involving objects and those that are object-free.

Yes it’s true you are already free and perfect and all is unfolding as it should (pre-ordained) but how do you know that making some kind of effort to free yourself is not what you are pre-ordained to do? It’s like those that refuse to go to a doctor because they’ve heard that God will heal them. Well, how do you know your going to a doctor and that whole experience is not “God”? We presume to know more than we do.

Or perhaps in truth, if you were honest, you were using the idea of spiritual healing to avoid going to doctor because you were afraid to go. We are arrogant enough to think that our false imagination about a supposed future is right. In that case the more “spiritual” thing to do is be honest with yourself and do the rational thing: go to the fucking doctor. Besides, you may have more fun than you think.

It’s exactly all those opinions and judgements and preconceptions and useless thinking and emotion that needs to be gotten rid of, dropped.

So, one must do the best one can, given where one is at. Be it self-enquiry or breathing meditation or devotion or surrender: whatever you are capable of or enjoying that helps bring about calmness or one-pointedness, seeing clearly, is good. Or should I say “useful”. It’s a temporary tool.

This is why the question of whether to practice or study or do anything – since we are already whole and complete and One – can seem confusing to some.

True, all you really need is understanding. And that understanding itself comes with (or as) peace. But you have to start somewhere, and that somewhere is where you are at right now. And bootstrap the process.

What’s in the way is an illusion of a separate self, but it can seem like a very powerful illusion, and old habits die hard. The old habits can lie at the thinking or the feeling level.

It’s one of the countless paradoxes along the path. Paradoxes to the mind. It’s actually very simple, simplicity itself, but mind’s nature is loving complication. The mind likes having a job to do.

Along with the question of “why practice if we are already free?” is age-old question, “is there a free will or not?”. The answer is yes and no. It depends on where you are coming from. Yes ultimately what you are is freedom itself, but no, as an illusion you have no free will.

Likewise, If everything is spontaneous, how is it that I seem to make decisions, have some sort of independent will or say in things, in what happens, in what I do? It seems like there is a center, a “me” here, a doer, to which experience happens, independent or separate from the world and others. But where is the center of that center? The central perceiver and doer. I can’t find it. Everything I thought it was, it isn’t. There’s no thing there.

And why, the mind asks, do the sages say that all movement is an illusion; and they say that the fact that everything changes show that it’s unreal, an illusion, and what is real is what is permanent. Why do stillness and movement co-exist?

It depends on where you start from: do you want knowledge of the world, of things out there, of phenomena, of what the senses (mind and body) tell you? (Or to own more and more stuff, objects, people, places… to have control of things). Or do you want knowledge of yourself, who or what you are and how to be happy? We get those mixed up. If you start from asking what are the mind and senses telling you, or how to fix things in place as a certain set of conditions (that will make you happy or comfortable or secure or that you need or want) you are already too late (in a sense) as far as the second question. Why? Because we’ve already answered it by saying what we perceive via the senses and mind are real: the contents have some substance and solidity and independent existence or reality on their own, independent from this, the body and mind I take myself to be.

That’s why this is a radical inquiry in that sense: you have to get to the root, unwind everything you’ve been taught – about reality and who you are (and what seemingly makes you happy, and even what love is and where it comes from) – and how many are willing to do that, go that far? We would rather be comfortable in our little existence, clinging to what we think we have, own, possess, know (fear and trust), who we are, who our friends are – or what it mens to be a friend – beliefs, opinions, feelings.

It doesn’t sound very comfortable to give up all we know and own, some sort of horrible sacrifice. But it’s not like that. Try these images: emptying a garbage pail. At worst, lancing an infected wound. Nothing is lost that you don’t ultimately want to lose, and will lose anyway. It’s only a question of when, how soon, how fast. You are eventually either going to die or become self-realized in one body or another – what other possibilities in life are there? The weight will be shed, and you will be who you are, like it or not.

If you are still in negotiation with this, trying to make a deal, make conditions: “OK, but I want to take this with me – I want to be myself and my Self at the same time”… hmm, quite a conundrum. I mean, haven’t you been doing that all along anyway – so what’s the difference: sounds like business as usual. “But but but… I’m important .. won’t you miss me?” Don’t fool yourself. Everyone is too busy with themselves. Their small selves. And the Big Self never goes anywhere and you are already That! You are already home, pure love, light, shining eternally, anywhere and every time. No thing to lose. Just be who you are.

Do not make an enemy out of thinking (or feeling) or try to suppress it or stop it by force. That will never work. You’d have an endless battle on your hands. The mind (sum of thinking, sensation, perceptions) is a useful tool on the path of inquiry. A long as it’s active or you appear to have problems, you can use the mind to ask good questions, Use it like a tool, from your silence as best you can. That may seem like a catch-22 or paradox: how can I use the tool from the standpoint of silence if it’s being noisy and I want it out of the way – if my goal is to have a quiet mind because the mind is driving me crazy?

Ah. Well, you do what you can do. If it feels or seems like there’s nothing you can do, then you can do your best to surrender it to God whatever you feel is a higher power. What else could you do? Or you can just continue being a pain to yourself (and others). It’s up to you.

The good news in all this is that you are already That. You don’t really have to do anything to create what you are. In fact all the creating is the problem in the first place. Ultimately it’s not really a problem but it seems that way. That seeming is what you are to see through.

The mind is so good at looking to the future or dwelling on the past. It’s a funny mechanism, and if you eventually can laugh at it, you are well on your way. To freedom.

The question of free will seems to provoke the most reactions, and this is understandable. If you believe yourself to be a body a separate entity, an independent will and force in the universe and society, and you’ve been programmed since an infant with all kinds of notions about what’s good and bad, right and wrong, up and down, and how life should be and go and what what should happen, then of course you have to defend the right to act freely as a individual and protect things. Be good. And make other people be good. Or conversely, rebel and be “bad” in your freedom. Either way is the same and only relative.

But what you are not seeing, if that is your position, is that you are not actually free: you are either conforming or rebelling to a pre-set mind that is being propagated through time, like a machine repeating a program. Who set that program and who went along with it? You did. But at this point it’s not conscious. So it seems like ti’s a world out there that imposed and enforced it on you, like a victim of time and space. “They” made it happen.

The odd thing is, the strange fact of the matter (non-matter) is there is no out there – there are no others, it’s all you. But that is just too much to comprehend. And it certainly isn’t meant for the ego, the sense of a separate self. That would be grandiosity, ego expansion.

We are afraid of a God that is going to punish us if we are bad little girls or boys. We create a God then are afraid of it. Isn’t that a laugh. False imagination. Because if there’s a God they would have to be everything, including absolutely everything you experience. And here you are, judging God. Yet you created the judge. So why do it? You can un-create it. Drop it. Drop the false imagination. Be here now. Just Be. Be happy.