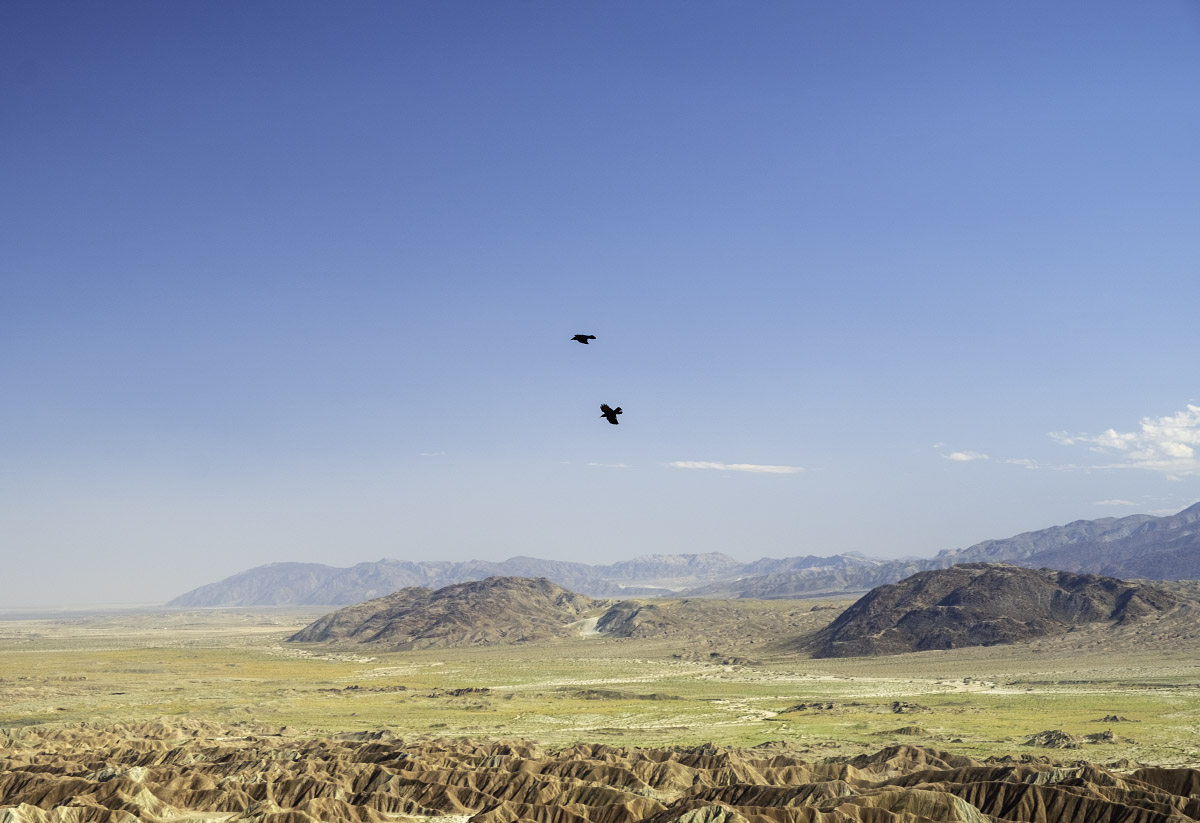 How Can I Have an Experience of Non-Duality?

Q: I understand there’s no world “out there” that it’s all “inside” but how can I have an experience of this? My conditioning from this Western culture is so strong that my experience of the world, the way I assume it is, is that it is outside, over there, surrounding me.

A: It would require careful investigation on your part of the rational and irrational parts of your question. The rational part by philosophic investigation (the path of knowledge), which you have already done up to a point, to tease apart what assumptions you still have in play (consciously or unconsciously) that keep in place the belief in a separate entity; and two, practices that help loosen up the patterns in the body of feeling and thinking (if needed) on the behalf of the illusory entity of the body (e.g. fear and aggression).
The best or most efficient way is to have good teacher. If not it could be very slow going indeed undoing the conditioning. But who knows, you could be touched by grace (it happens). And ultimately it is in the nature of the game that it has to be you that take the final step, the leap through the “gateless gate” to turn around and see that who you are looking for is who is looking. The paradox is that it never was a a personal self doing it, it was an act of grace of Universal Intelligence, or “God” in religious terms. The self-as-separate is unwilling to dissolve itself, thinking it has something real and valuable to hold on to, the “I”-thought is stubborn.

Willingness, and spiritual maturity, and surrendering the false are needed.

Some commentators in inline forums have mentioned psychedelics (also known as entheogens) as a way to experience non-duality. These can potentially help loosen up the mind structures, and give tastes of non-dual perception, but come at a cost in mind-body energy, and the fact that you are being hijacked to an awake state (if you’re lucky and don’t just have a mind-based trip of altered perception) without knowing how to “get back” without an external agent – get back to that experience of an ultimate reality, a true Self, or God, that is the source and the One. You then are left feeling empty after a while, or not able to have the same kind of experience like you did the time it took you to the peak, to be the Godhead. The chemical trigger to unlocking the mind to vastness only leads down different pathways every time: in short, it doesn’t work anymore to take you to seeming total freedom. So this game can merely add to the puzzle of Consciousness. You still need a true understanding, and an integration of these glimpses of Reality.

There are no short cuts, no magic potions, no fixed formulas or paths that work for everyone, otherwise we’d have a world of awake beings. You are unique and must find your own destiny, you own pathway to freedom. Only you know the lock well enough to know the key that fits it.

1. See how you are seeing consciousness as mind-like. Nonduality is not idealism, nor is it solipsism. What do you know for certain? The key word is “know”. Yes, what you know of the world is via the senses, but is the world ultimately real? What is real? You say “All there is, is sensations…” but in fact in order to have a real experience, there must be something real, a reality. How many realities can there be (think carefully)? All you can know for certain is that:
A. you are conscious and
B: reality Is (even if it’s a dream it’s a real dream: the illusion is appearing in what is real). What appears to the senses changes. Can what is real change?

2. The Mind-Body Problem: There is the apparent conundrum of, how could something mind-like (subtle: thoughts of elephants are not running around the room, snorting and trumpeting, shaking the floor) affect something body-like (seemingly solid and persistent, sensible)? They seem to be in different categories or levels, different realities, not touching. Yet humans are able to talk about objects that are seen by each other in a mutual intersubjective agreement, and science and technology work well enough to do stuff, build stuff.

This is resolved by the following model: Both mind-body (and world) are subsets of Consciousness, the superset. The Maya (illusion) that’s playing the (apparent) mind-game is playing the (apparent) object-game, which cannot be separated (thus mathematics works: something purely discovered mentally turns out to apply to the world). We are the dreaming of the dream (mind), dreamer (body), and dreamworld (world): a gigantic Consciousness-made puzzle.

3. The Irrational part: Try some investigations of perception, seeing it’s borderless-ness. Look at bodily sensations, watch the raw data, how it constantly shifts, and “body” turns out to be not as rigidly defined as we thought, but more like shifting energies. And to consider it as a solid object is just a concept, just as any thing as absolutely solid and separate is an abstract model we learned. There is not there as a single solid any-thing. Get a glimpse, an experience of the whole these are appearing in (a Tantric trick). Some kind of “space” (a metaphor)…

This will help re-train your vision, loosen up body-identification, old habits of feeling separate. Reading about it won’t do it.

Consciousness can know the mind, but the mind will never know consciousness (keep that, er, in mind). The finite cannot know the infinite. But we can talk about it ad infinitum…

But all this philosophizing:  to what end?  The real question is, are you truly happy and at peace. Do you truly know that “you” are eternal?

I could answer your question (philosophically and with a to-do list) but what for? Why do you care about this question?
Better to ask you a question: are you truly happy and at peace.

Then go from there.

“… The mind is what keeps you glued to the world. The mind is what makes you emotional. What causes the stress, the anxiety, the uncertainty, the anger, the reaction all that comes from the mind. Consequently wouldn’t it be wonderful if you lost your mind. All of those traits would be totally transcended. You would be one pointed, you would be at peace. All the various thoughts about the world, your body anything external to yourself would totally disappear.” ~ Robert Adams, satsang transcripts, pg. 1177

The Human Body Has No Consciousness

Let’s investigate the sense of there being a central, personal will-er and do-er, from an inner, experiential view.

Why does the sage Robert Adams say “your only freedom is to not react”?

Who is reacting? What is reacting? If I stop myself from reacting, that is a reaction: I see an emotional reaction, then deliberately stop myself from acting on it, even though internally I may have a temporary feeling reaction. But we are not talking about behavior here: it’s not about stopping from acting on a feeling, it’s about the mental reactions. The mental reactions happen before any behavioral or feeling reaction (actually, a feeling is a mental reaction: there is a thought and a response from the body, and a thought in response to the bodily response, etc., in  a loop, observable in awareness). If I am however merely conscious of the reaction, watching it as a witness as it were, observing my personal reactions, that is a different matter. Then the possibility of transcending appears.

So it seems to be a matter of identification. Why? Because the person – what we take to be, or assume to be a person, a human being, a body with a mind (the mind and the body entrained to it) –  is nothing but reactions.

If I had no mind, no total system of nervous system functioning, there would be no reactions. As a mind-based entity, I am like a robot, a machine: movements, actions, thoughts happening automatically. You can see this is true if you observe your own thoughts and actions from a detached place. I didn’t anticipate myself swallowing just now, or sniffling. It just happened, unconsciously. But can I actually do anything deliberately, causing it to happen via my will? Because from whence did the decision to do it come?

I can think “OK, in one second I’m going to move my eyes to the right”, and do that. But where did the prior thought to do the demonstration of moving the eyes come from? From a discussion about free will? How many causes does that have? Thoughts come in, appear and disappear, from where, I cannot say (except to speculate based on concepts and theories, which obviously have not been a help: I studied science, philosophy, psychology, spirituality, neuroscience, etc. for over 35 years).

We assume there is some kind of gap between a will, or an intention to do something, to achieve some aim, and the acting, doing, or manifesting of that. First there is A, the decision or will to do something, then B, in time the body acts. This seems to be true if we think about a process for an object through time, like a robot. The executive decision-er makes an output that must be sent to the actuator processes that in turn send signal to movement processors, then to relays that activate limbs, etc. But it is all blind mechanisms, operating by rules and mathematical laws, carrying out a recipe programmed by someone or something.

As a firsthand subjective experience however, there can be more than one way things unfold. There can be the recognition of what is already in a fact, in a higher or given sense – and the unfolding of that fact in one’s life – an intuitive knowing. There can also be a detached witnessing of the body doing what it needs to do, perfectly according to the appearance of circumstances. The robot model only accounts for the appearance level, the model of a machine level. Let’s explore that mechanism a little more.

Where is this will-er, this do-er, this central locus of decision and control? If there were some central control unit, like in a computerized robot, or a biological robot, then what causes its action to function: the gates and circuits and steps of a program also have their own causes, or neurons with complex circuitry of chemicals and electrons. It’s all one big system with no central authority, no central do-er or will-er or decider, no consciousness (opening up a skull and going into the brain, you will find no consciousness there, only grey matter, blood, neural circuits…). The same therefore is true for the human body. It has no consciousness.

Consider this shift in perspective, in identification: consciousness doesn’t appear in you, you appear in Consciousness.

Let’s ask a more pertinent question: are you happy? At peace?
How do you feel?

Who are you? What are you?