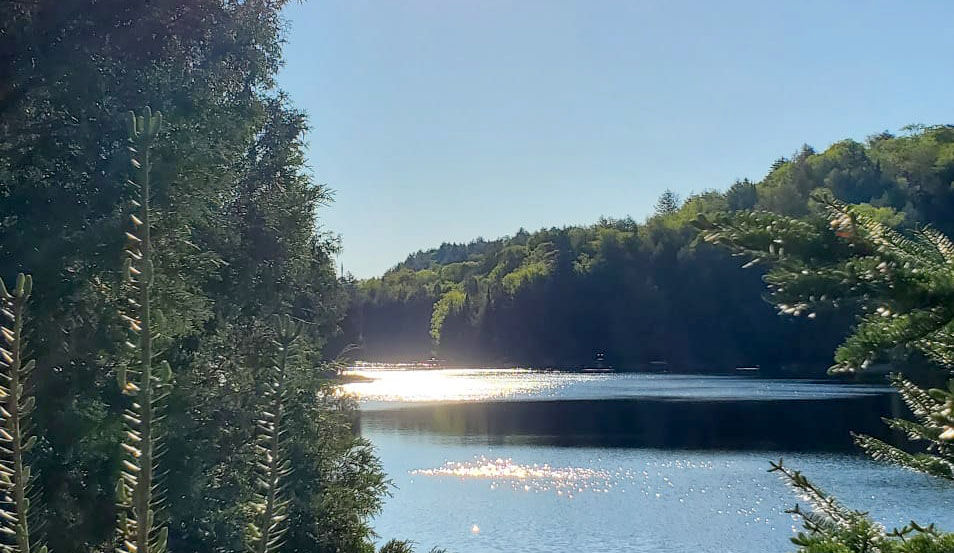 The Continuity of Awareness

One of the most fundamental questions students of consciousness and awareness have is, "If awareness is universal or nonlocal, then what about deep sleep or during anesthesia? Doesn't consciousness go off and on?"

I would like to offer to you that there are no gaps in awareness. They are purely illusory. Time and space do not exist in reality.

I will share an experience, one that I am calling "waking down" from the Infinite Reality, when going from anesthesia to what is called "waking reality". In some ways it mirrors and confirms the NDE (near death experience) I had when I was 21 and experienced the Absolute.

On May 16, 2022, "I", the author's bodymind, underwent an operation on the body, which involved going under general anesthesia.

Coming down from anesthesia, it was not like waking up, it would better be called "waking down" — from the "Whole Plane" if you will, the blissful, unitary, peaceful, loving dimension of pure Being, not separate, a pervasive sense of friendliness and happiness, where it is All Love, to this dimension, where it is seems things are speeded up, people rushing about, more harsh and cold in a way, yet it all has dream-like quality. In it, all these beings are taking it seriously — I could hear some nurses off talking in another part of the room, one of them talking about a beach they liked, trying to convince the other how nice it was, trying to connect ... my instant intuition was of human beings that at some level know inside they are nothing but love, this all-pervasive reality of one intelligence, but are not aware of it on this level of illusion, but have forgotten it, of believing to be separate entities — it's become unconscious — yet it is sensed, and they feel this pull to connect with others — are speeded up, contracted, and believe to be separate, trying to connect with each other, at a distance — I could hear them talking, trying to impress, get approval, control, reassure, get something, or give something, talking about other places, other times, the future, the past — ... it was hard to follow conversations or the logic of them, the details, as they are unimportant.

I tried to express something to the anesthesia nurse that was standing next to the bed, who was very sweet, and said "Wow, what a trip..." but didn't go on, as I could tell she was running on or identified on the earthly logic, and concerned with the body, which was her job. So I answered her questions and reported on what I perceived was going on with the body that is considered "me", and help her do her job and feel good about it. But I knew all is well and unfolding as it should, no matter what.

It's clear we are all made of the same stuff — we are all God as it were – but we don't know it, living on the surface reality we call ordinary life. That is, until and unless it is seen, known, that this is all in a sense illusory, yet One and Real as That.

(1) And he said, "Whoever finds the interpretation of these sayings will not experience death."
— The Gospel of Thomas

There is literally no such thing as death, in this sense: as apparent bodies, as seeming separate entities in apparent time and space, of course bodies die, just as everything dies — every thing, every apparent separate object comes and goes, and every living thing in this dynamism of movement, change and contrast we call life experience, the happenings. But, the fact is, we have no idea what death is. All we have are images, ideas, concepts, imaginations: things learned, picked up from society, culture, family, or concluded – and they that are just that, just mental images, imaginations and fantasies.

Gaps in Awareness Are Illusory

It's a complete misnomer to think there is a discontinuity in consciousness. The only gaps are to the mind: they are illusory. Awareness is seamless. The gaps in awareness do not exist. They are after-the-fact, of the mind only. I find this difficult to explain to people, because they try and understand it from the mind.

Further, the mind does not really exist other than as a concept, a placeholder for experiences of images, etc., all of which are in and of Consciousness, the infinity of awareness and love.

That's just the way it is, nothing personal about it, sorry. It's not about opinions or perspectives, so to speak (which are mind again), it s about facts of life, living.

I'm not saying that consciousness, awareness, continues through time. I'm saying there is literally no time in the first place. Mind and time go together: time is a child of mind and mind is a child of time, and mind doesn't exist either, ultimately, really, absolutely.

It's so much easier to say what doesn't exist or is not true, because what does exist is completely unitary, so no words can pick out anything, which is what words are good at (labeling and working with seemingly separate things).

This is all like a sort of shadow-play, but even that is not quite accurate; because it's both real and unreal.

I know some people (those with an agenda, or politically-minded for example) don't like me saying this, but all is well and unfolding as it should, with this perfect love. How can it be otherwise? It is its nature, this nature: All-encompassing and absolutely real, not just relatively real and temporary.

The experience is just like a lightning strike that illuminates the darkness. Timeless, zap, it lights it up.

There is nothing BUT this infinity, of substance, presence, whatever you want to call it. Anything you say will not be 100% true, because they are just words for concepts.

You will know what you need to know, if you flow with the Tao: perfectly in tune whether you see it or not... the mind is for particular things, that's all, like fixing washing machines. That's what it's good for. Or putting together words.

Call it "mystical", call it whatever you want, The point is, if there is any point, is to Live it. Not to seek an experience, a special experience, or special state, in the future... but to enjoy life, Now. This is it, this is where it's All Happening. No other time or place. They don't exist. This Whole is it.

All that really exists is this Love. But that being said, it's not love in the sense we usually mean with that word, where it has an opposite. Not human love, which is temporary, an idea, a set of conditions. Real love has no opposite, is all-pervasive, real. Unchanging.

And this fear of death is what's driving most of the problems of the world and in people lives. It's at the core of what drives madmen, leaders, to kill thousands, or for gunmen in tremendous pain and lostness to his nature shoot innocent people, or for for politicians and other to try and take over, control. It is an insecurity, from not knowing what one is, not knowing what it really real. It's at the root of greed and grasping — this sense of being separate and needing fulfillment in outer things — a hole that can never be filled.

The belief and feeling to be a separate self, should and will step down as leader. It was is and never will be in charge anyway. It was all a show...