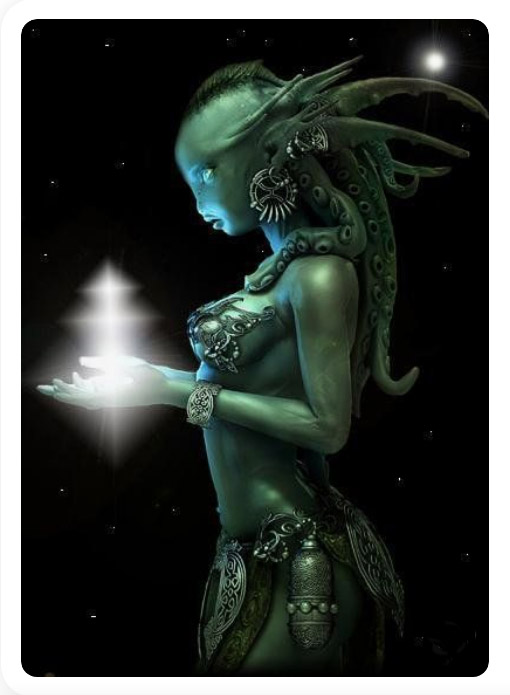 Beyond Isms (and a Touch of Humor)

I suppose I’m a “person of color” since I’m a sort of pinkish tannish whitish color, but I think the term is better reserved for people like my friend Quipatl, from the planet Phasarius near the star Sirius, who is a bright greenish-aqua color (with iridescent undertones). However she objects to the term, saying she doesn’t want to be called a “person”, as humans are a primitive species always trying to label and categorize other unique and beautiful beings of the vibrational energy matrix, getting caught in -isms and judgements and biases of all sorts, projecting images onto others, instead of doing the easy thing, which is the feelingness of the reality of immense love for all in All – since what we are always anyway is infinite Love and Intelligence and Beauty. Silly humans…

Which is why we are always playing at little tantrums of consciousness in our sandbox called Earth (The Phasarians prefer talking to dolphins and whales, telepathically of course). She just laughs at how we take words and concepts as real. I take it personally of course, standing up for the rights of humans… at which she laughs some more.
Some people…

Discussion (from earlier notes on “-isms”)

Why have any religion at all, or ideologies (theism, atheism, agnosticism, materialism, spiritualism, consumerism, climatism, puritanism, feminism, male-ism, racism, socialism, capitalism, garbage-ism… pick your -ism)? Why not go free? Beliefs are for the timid, holding on for dear life, frightened by the past, the future, the imagination.

… or politics for that matter. Politics is a symptom of an underlying dis-ease: a lack of love, a lack of freedom (freedom and love cannot be separated). Politics is not the answer, as it will only create more of the same. Which will go on and on. You must transcend levels. Find what unites, really. Not slogans or ideologies.

Be brave. Be courageous. Live in the pure fact of Now, the Open Sky. Like a bird. A bird of presence.

What do you know for certain?

If you’re only dancing on this planet for a short while, then isn’t it important to find out, find your happiness?