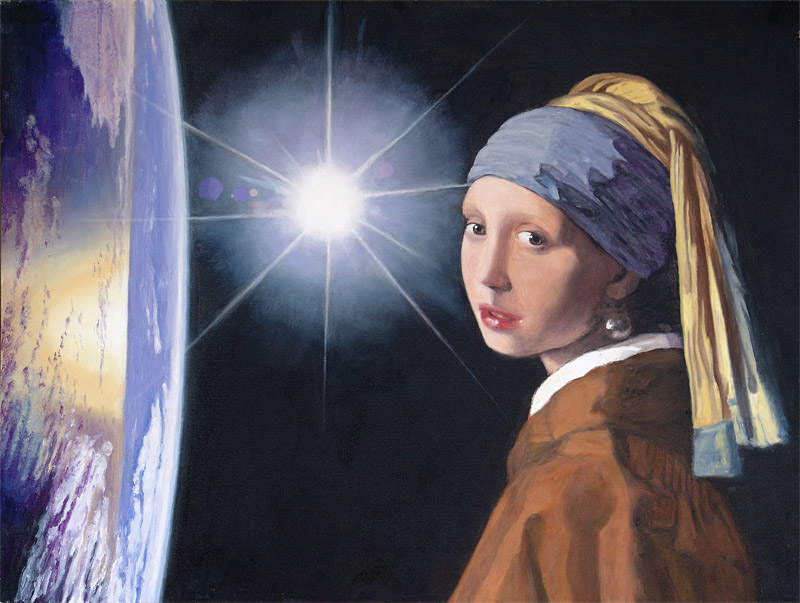 Art and Freedom, The Art of Living, Love and Consciousness, True Freedom

Sometimes the obvious is useful or helpful to state.

I used to be an artist. That is, I identified with that sense of being one, of doing art, or, wanting to “be” an artist, as in a career or identity.

Now I see what it – doing art – was really about: the freedom in the expression, that flow of creativity, the joy of that, the power of creation, which is also freedom – to see exactly what one wants at the same time as it happens via the body, the bodymind – is the freedom of creation. And that it does not have to be limited to what we call “art”.

When I say “now I see”, I mean a number of years ago, and once an insight (a sight from within) occurs, it never leaves you: the game is up! No going back to the old way of seeing things (except perhaps temporarily)…

We all know that experience as being “in the flow”. It is the same with writing… however in the visual and performing arts, the emphasis is more on the senses and body, depending on the particular art form – type of painting, or sculpture, or dance, or music whatever (same could be said for yoga) – in writing more on the mind, but still the senses come into play, but more as “subtle” forms, especially in poetry.

Love, art , freedom … love and freedom can’t be separated. There’s a reason of a love for art, or how love is expressed in art – different forms of love – love for certain beautiful objects, or scenes, or love for others, or love for an art form, or love for God, or the absolute, universal intelligence, consciousness, whatever you want to call eternal life now.

So once I saw it was about freedom, and what art is, as intelligence, God-mind, whatever you want to call it, via one particular channel – thus why artists becomes addicted to that art, or feel depressed if they aren’t doing it, or have messed up lives yet find freedom and happiness in that one area (or scientists in their work, or inventors…), or why “genius” is sometimes defined as being generally creative or being able to apply creativity anywhere (creativity and intelligence being the same universal light of intelligence in reality), and why children, who are not yet limited by mind training, naturally flow, in their play, from one activity to another without self- restriction (until they get criticized such that they think they are no good at something and stop doing it) and are naturally creative and joyful without naming all these different art-forms, play forms…. all of this is more or less self-evident, but it seems helpful to say it out loud I suppose…

This also speaks to how art got lost in some of the modern movements, where it originally had a positive impulse to break away from the past, and open up new space for what is “art” – all good stuff and benefits us all – but then degenerated, as the inherent connection between beauty, love, truth and art-as-freedom was severed. Then the rebellious and ideological aspect came to the fore, and newness-for-the-sake-of newness, and down into shocking or social commentary or political art, and art driven by a sense of a separate self and others, and cleverness rather than a spiritual genesis; criticism and negativity rather than spiritual freedom, joy and love, force and conflict instead of peace and meaningfulness in the broadest or deepest way (which was seen as too traditional, the old, and to be overthrown, destroyed…).

Even some art forms like impressionism, which had an original spark of genius in their inspiration, beauty and love and naturalness behind them, later became repeated ideologies, “schools”, codified in writings and teachings, like religions: more intellectual, forced, restricted, or tired – a matter of “right” versus wrong, good versus bad … dualistic instead of free, human instead of godly. There one learns that it’s about learning that art is a certain way, is difficult, requires years of technique ongoing, and only a few specialists can do it well – so instead of technique being in service to consciousness, the “school” and trying the be something and be good or great are given emphasis, and the sense of separation and identification with a personal self and mind, identification with the body, in yet another form, are allowed to dominate. Why? A fear of freedom? A fear of not being accepted? A fear of being left alone, of not surviving? It is up tot he “artist” to delve within themselves and see.

All of these attempts, these misdirections of what is art, try to make it objective. As a side note, the same mistake is often heard in photography, of people thinking it is “objective” and not art, whereas experience proves differently: no two photographers will photograph the same object the same way; a true photographer can make great art with the simplest and cheapest camera. For instance (and not to imply I’m a great photographer haha!), the author had a photo make it into a national juried show with an international photographer juror, and did not tell anyone it was done with a $30 camera off eBay, and yet new photographer will spend thousand on a new camera, and take classes, thinking all this will make them a good photographer, or allow them to take good photos! The allowance comes from within, not from without – the great illusion!.

Even when it becomes about expression or making something new, the understanding of what is “creative” is lost: there is an agenda behind it.
One example of this is the belief that art is like research in the sense that a specialized science is research, and the agenda of making progress is behind it. But in fact, true art is universal (you can see this with good music and it’s universal appeal), underscoring the fact that spirituality is not progressive: “there is nothing new under the sun” when it comes to the heart. What is true is true eternally. Yet, new expressions of the infinite, expressions of love and truth, emerge beautifully, in the moment, via the vessel of a human or other being. These connect us all.

Again, it’s about freedom, but if that freedom is an objective freedom – about social freedom, or expressive freedom or anti-this or that “freedom”, that is not freedom, it is reaction. If it’s about proving (even if subconsciously) this kind of art, my art, our art, is the right art or good art, “look at me! Me me me!”, or a position, or to make a point, freedom was lost. All of these are about beliefs, and at the core is the belief to be separate, to be human, to be a man or a woman, to be “an artist, to be “lost”, the “human condition” or whatever… the spiritual heart has been lost, and we don’t even know what “spiritual” or “heart” refers to, it being confused with religiousness, beliefs, positions, emotions, reactions, learning… the mind. All after-the-fact of the Source, the Unknown.

In any case, all if this simply points to the fact that the real art is the art of living. In other words one does not have to be dependent on an art form or that one small area of life for happiness. The happiness, love, freedom found in the “drug” of an art form – drug in these sense that it seems to be that object of consciousness, that activity, that releases one from bondage for a moment – that effortless freedom is to be found here and now, not after endless training and practice. The happiness was not in the art or art making, but in you, as awareness of awareness.  The art of living is not a specialized technique, but ever-available, as that what Is. Therein lies peace. Therein lies freedom.

Photography and Art by the Author (examples)