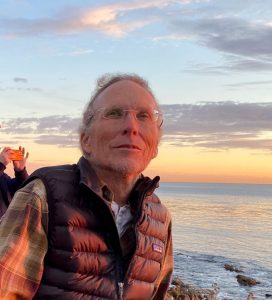 While personal stories are largely irrelevant to the Truth, and history is put together from selective memory according to local interests, people understandably want to know "about" the person. People are interesting to people, which is a funny thing to see: when one knows one is not a person, it's different...

So where we go, to satisfy the curiosity, here's a story, picking out what seems more or less relevant:

Eric took a very long journey, starting with glimmerings of something else besides the "normal" misery and conformity when he was a teenager, to an early interest in Zen, and an experience of the Absolute when he was 21 that planted the seed of light and eternity, and that opened doors and questions that would last a lifetime ... then becoming obsessed with questions about intelligence, consciousness, creativity, reality, and how to live, starting a journey through Western Philosophy, AI and neuroscience studies in academia (U.C.S.D., and continuing beyond), as well as Western psychology and visual art. After academia, he continued as a visual artist, writer, and got involved in the computer graphics software business, working for others. He quickly learned he wanted freedom and independence, and so started doing freelance consulting on a wide area of problems and solutions in 1990, which continues to this day (with many permutations and side trips along the way, such as in corporate gigs). He also continued to do art in the form of acrylic painting and electronic sculpture, which were exhibited in shows and sold to private collectors. Various inventions were also born along the way combining engineering and creativity, such as a solar-powered refrigerator system for SUVs, and life-giving neighborhood gardens and hydroponics systems that serve the community.

Encountering non-duality both through experience, teachings and wisdom of teachers like Sydney Banks, and countless writers of ancient scribes of the "perennial philosophy", he delved into the spiritual psychology field of the Three Principles Psychology for over 20 years, before exiting and studying with the teacher and "sage" Francis Lucille, for over 6 years, where "all the dots were connected" of the journey of 40 years. Clarity ensued, and the simplicity of Truth, oneness and harmony, love and beauty, connectedness and peace, which continue to infold and unfold.

He has been called a "renaissance man" (and a few other names, like "eccentric" or "genius", which he takes with a very large grain of salt... :)) ).

This website is an exploration and sharing of our common ground. It is a journey and an investigation, an uncovering and sharing of the real basis for human happiness, peace, creativity, communication, connection, a harmonious life... as best one can. It is the enjoyment of that process itself as well as the community of like-minded "truth lovers" from around the world. It is the art of living made manifest as writing and photos. It is unique expression not just of writer-artist (Eric Platt) but also any other participants in the play.

The main topics could be said to be applied philosophy – how to be happy, loving, connected, creative, at peace, attuned to Reality – via the thread running through philosophy in the traditional or ancient sense of "love of wisdom" (philo-sophia) and the topics of consciousness, reality, mind, psychology, science and any related areas, like society, humor and art.

Much of the content here is inspired by the philosophical understanding called "nonduality" or "non-dualism" (Advaita vedanta in the East) as well as connecting psychology to spirituality in an applied and practical way, informed by my background in the field of Three Principles Psychology.

In the broadest sense, the journey is about going beyond the mind, including all the "spiritual", wisdom and philosophical teachings: thus the name of the site "On Beyond Zen." The name could also refer to the intuition, or "innate intelligence" that comes from beyond the mind "out of the blue": the vertical dimension if you will.

The name "On Beyond Zen", popped up one day, as a play on two ideas: the delightful children's book I learned to read from when I was 7 years old: "On Beyond Zebra" by Dr. Seuss (Theodor Geisel), and my interests in Zen in the 80's, and in non-duality more recently. 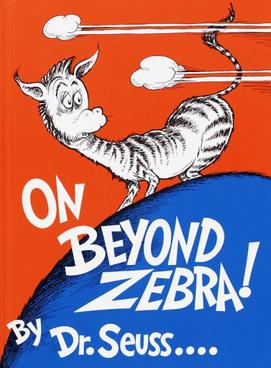 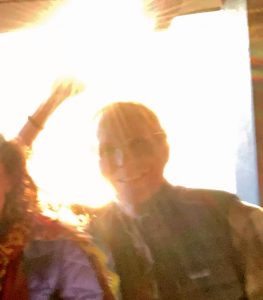