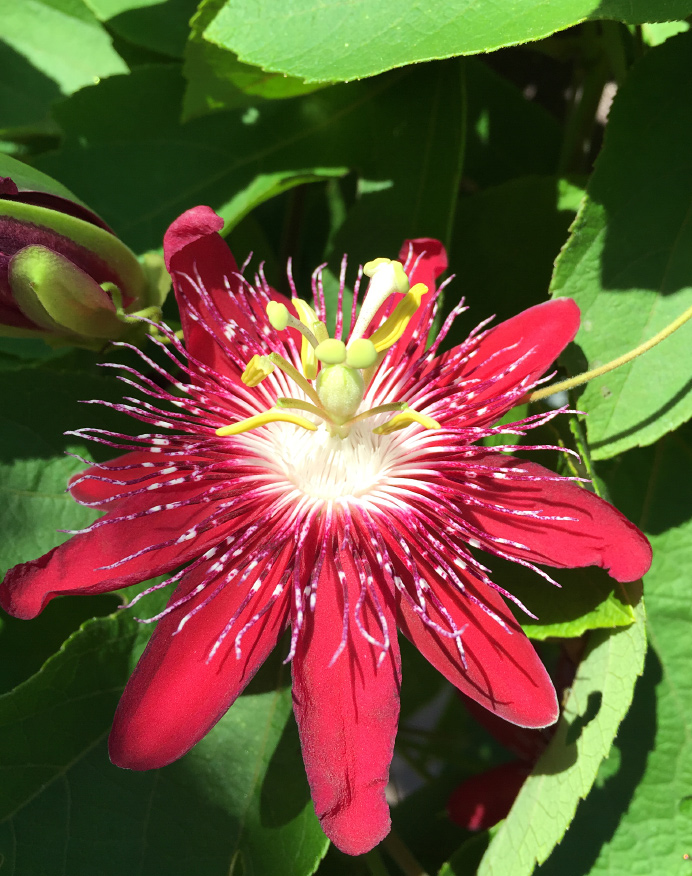 The Three Principles and The Direct Path

What is the difference between the Three Principles psychology (3P), a spiritual school that uses the model of Universal Mind, Universal Consciousness and Thought, and direct path methods? The direct path is a path of spiritual enquiry wherein one goes directly to truth, rather than through steps (also called the “progressive path”). It is a process of seeing through the beliefs of who and what you thought you are, and being pointed (by a teacher, if you want to go faster) to what you actually are. Paths that are indirect use various practices as well as (sometimes) objects of devotion. The practices are meant to purify, prepare, and undo conditioning. They happen through time. The direct approach is, well more direct (hard to describe how something can happen outside of time! that’s where “transmission” of truth comes in, and unconditional, impersonal Love). Practices can include meditation, bodywork like yoga, chanting, lying on a bed of nails or various forms of asceticism. There are as many forms of practices and techniques as there are potentials in the mind for creating things to get rid of (endless in other words), and ways and means of preparing a person. The direct path gets straight to the point and informs you there is no person to begin with.

Mind, Consciousness and Thought are training wheels. Non-duality is the ground on which they stand.

The common basis with the 3P then is there is no reliance on techniques or motivation, but rather the attempt to impart an understanding. The understanding – a moment of suddenly seeing for oneself, the Aha! moment – that there never was a problem to begin with, were it not for your use of the power of mind (thought), the gift of universal Consciousness, and the infinite intelligence of Mind. The traditional direct path teachings put it in terms of Consciousness, folding in Mind as that aspect that is the infinite innate intelligence of life (which is in consciousness), and talk in terms of the “bodymind”: the sum of personal thinking, feeling and perception we place in an arbitrary and illusory container we call ourselves, which really only exists within consciousness. Consciousness is the only reality.

The 3P are not usually taught in such a bold way as to come across as a spiritual teaching, given the secular context of our Western culture, and the psychological context of it’s origins and name (not to mention it’s taught as self-improvement, such as for business performance or in schools). For example, students will usually assume “consciousness” means some localized, personal phenomenon, probably coming from the brain. Likewise the notion of universal mind will seem a little strange, unless put in terms that sound religious, like “God” (which is also dualistic: there is a “me” and a God somewhere). Given the contexts of teaching, there are concessions made to an audience that for the most part couldn’t swallow something as direct as a direct path teaching. The 3P are also, more and more, being adopted as a coaching model, and so starts to become, or seem, as akin to a technology or system. It is sometimes even called a technology or as “scientific” (it’s not: science is about phenomenon, and consciousness is not a phenomenon, it’s what phenomena appear in and of).

There is also the fact that the 3P originated, or were catalyzed, in the response of a enlightenment experience (of Sydney Banks) and his early exposure to modern psychology. This exposure came in the form of psychologists like George Pransky ( a very ambitious man) and Roger Mills, who came to visit him, curious about reports of people getting happier. Thus their form reflects the history and the intent. While the field has changed in the 20 years I’ve been observing or participating in it, I did witness a potentially liberating shift of focus away from traditional psychology and therapy (something I also had exposure to, as a patient of therapists and as a student of psychology) and towards more fundamental truths. Sometime this contrast was put in terms of, seeing how psychology looks to ones’ past, digs into memories, and tries to solve problems using the tools of the mind, thus re-creating the very source of the problem in the first place. The analogy is telling someone that the cure to burning one’s hand on a stove is to place the hand back on the stove! Sometimes the contrast was in terms of “processing thinking” versus “flow thinking (or experience)”. Indeed, it was a 180 degree turn from traditional therapy to not be directed to get involved in memory, and be told one is already healthy. Most importantly, the attention was directed to the function of thought, and the total context in which thinking in the moment is taking place, rather than the content of thought. Almost all other approaches are focused on content: how to change it, fix it, explain it, access it, talk about it, control it, and so forth. Indeed, for some it is so eye-opening to be told they are the thinkers of their thoughts and that this is what is creating their experience, that it totally transforms them. For others, it was little more difficult (myself included: I needed a more direct and intellectually clear teaching).

One can start to see what some of the difficulties are for a teaching model that tries to get at the core of what we are, in order to release greater human potential, such as happiness, love, harmoniousness, creativity and peace of mind. What is being pointed to will be taken in by the “small self” – the mind, or “ego” – and turned into a new set of beliefs, or rules to follow, or something to be understood by the mind. This is the model we grow up with: we go to school to gain some knowledge and skills and get a grade and award and stamp of approval. But here we are asked to stop believing things, unlearn what we learned, and let go of who and what we thought we were. Such a thing has to be introduced gently and gingerly. It is as radical as you could get. The word “radical” come from “forming the root’ and ‘inherent’”. It is being pointed towards what is inherent: freedom and happiness.

The false self is akin to an entrenched political bureaucracy. It will do anything it can to preserve itself, including lying, trying to control, manipulate, beg steal or borrow another day of existence. It will absorb any new teaching and claim it as it own. The ego will morph into infinite forms to pretend to be what it is not: real. It will even pretend to be spiritual in the name of a new self, trying to get out of self by more self-ing. What a cosmic joke! What it fears s non-existence: absolute disappearance. Ironically, the functioning of the false self just is this movement of thought: a self-preserving illusion. As such, it takes effort to maintain, and this energy and effort is felt in the form of tension, stress, depression, conflict with others and with oneself, and a million other symptoms of unhappiness and dis-ease of body and mind. This goes on outside of the direct awareness, and thus is called “unconscious” or “blind spots”, and is the reason why becoming conscious of these patterns and games spells their dissolution. When light is thrown on a shadow that looked like a snake, suddenly the snake disappears: it was never there in the first place!

This message is quite in contrast to the culture at large, which trades in what are supposed to be the objects of happiness: persons, places, and things. But many come to feel at a loss for why they are not happy even though they have it all. Or, they are at a loss to why they can’t get anything at all, the things according to which they were told or assumed, would make them happy.